John Wayne follows the trail of a master saboteur known only as "The Wrecker" in 12 exciting chapters of this classic Mascot serial. 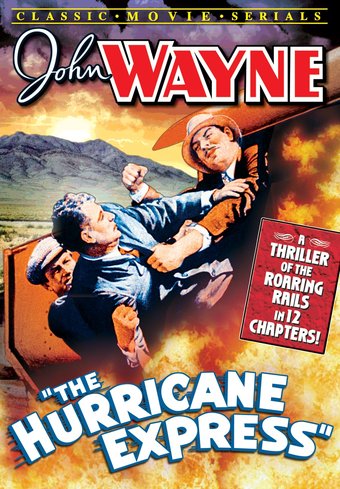 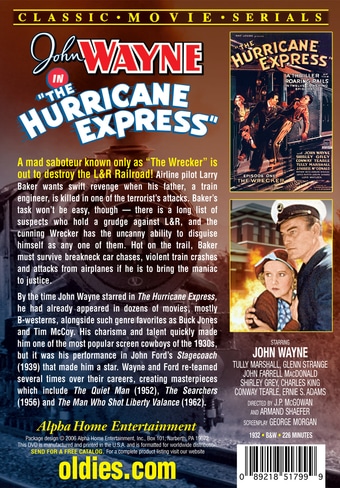 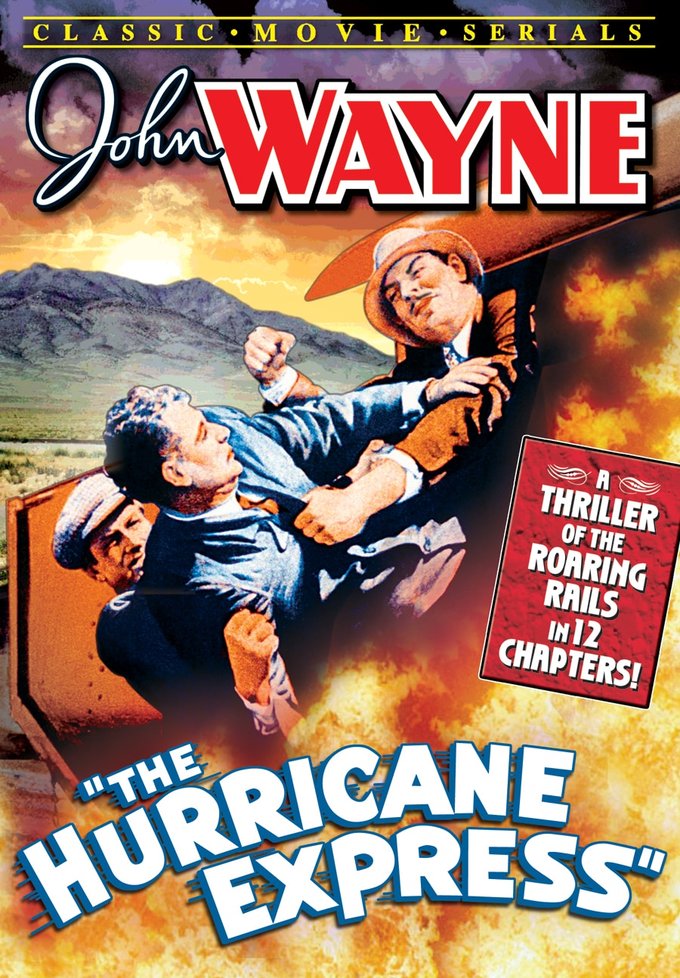 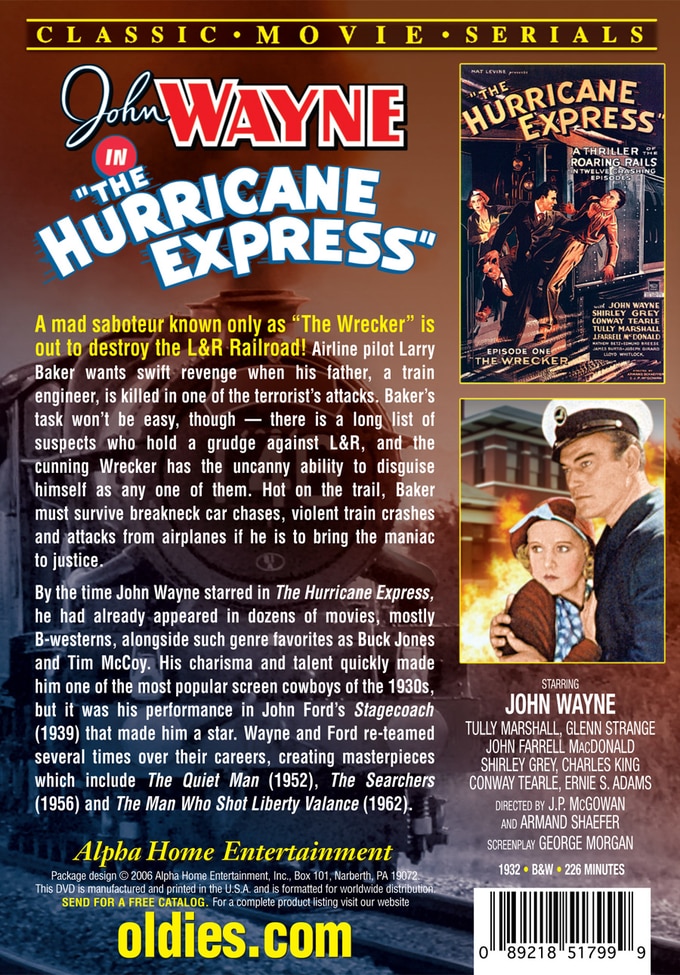 A mad saboteur known only as "The Wrecker" is out to destroy the L&R Railroad! Airline pilot Larry Baker wants swift revenge when his father, a train engineer, is killed in one of the terrorist's attacks. Baker's task won't be easy, though - there is a long list of suspects who hold a grudge against L&R, and the cunning Wrecker has the uncanny ability to disguise himself as any one of them. Hot on the trail, Baker must survive breakneck car chases, violent train crashes and attacks from airplanes if he is to bring the maniac to justice.

By the time John Wayne starred in The Hurricane Express, he had already appeared in dozens of movies, mostly B-westerns, alongside such genre favorites as Buck Jones and Tim McCoy. His charisma and talent quickly made him one of the most popular screen cowboys of the 1930s, but it was his performance in John Ford's Stagecoach (1939) that made him a star. Wayne and Ford re-teamed several times over their careers, creating masterpieces which include The Quiet Man (1952), The Searchers (1956) and The Man Who Shot Liberty Valance (1962).

This twelve-part serial follows pilot Larry Baker (John Wayne) in search of his father's killer, known as "The Wrecker."

Killer | Vintage | Serial
This product is made-on-demand by the manufacturer using DVD-R recordable media. Almost all DVD players can play DVD-Rs (except for some older models made before 2000) - please consult your owner's manual for formats compatible with your player. These DVD-Rs may not play on all computers or DVD player/recorders. To address this, the manufacturer recommends viewing this product on a DVD player that does not have recording capability.

Mandrake the Magician
$10
Add to Cart

Customer Rating:
Based on 741 ratings.


The HURRICANE EXPRESS is one of the best of the creaky old Mascot serials, thanks to a great cast and a great gimmick. A young John Wayne is aces as an airline pilot whose train engineer father is killed in a wreak arranged by a mystery saboteur known as the Wreaker. The gimmick is that the Wreaker can don masks to assume the appearance of a number of other characters. Several actors, including John Wayne, are given the opportunity to do "fiend turns" as the Wreaker, while the viewer is kept guessing.

Suspects include crabbed old Tully Marshall as the ruthless manager of the railroad, Conway Tearle as his ambitious underling, Lloyd Whitlock as the slimy head of a rival airline, and Matthew Betz and Edmund Breese as disgruntled former employees nursing justifiable grudges against Marshall. Pretty Shirley Grey is the heroine torn between trying to protect her father, Breese, and her growing love for Wayne. Grand old character actor J. Farrell MacDonald is very likable in his early bit as Wayne's ill-fated father. Ernie Adams, Charles King, and Glenn Strange are among the wreaker's henchmen.

Wayne handles most of his own stunts and is outstanding in the fight scenes, lifting henchmen over his head and tossing them about. He also does an impressive jump from a motorcycle to a train. The cliffhangers, though, are ordinary and none stand out. What one remembers are the Twilight Zoneish moments when characters confront their dopplegangers, the best of which is when the good John Wayne chases the evil John Wayne about the railyard.