King of The Wild

Boris Karloff stars as an evil sheik in this early Hollywood cliffhanger. 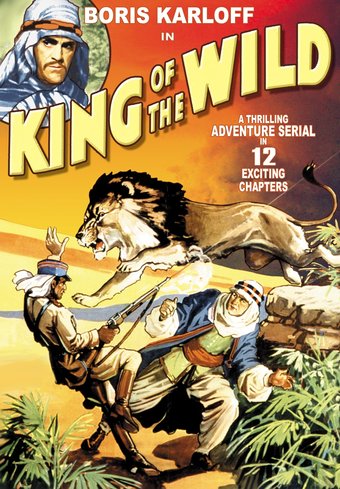 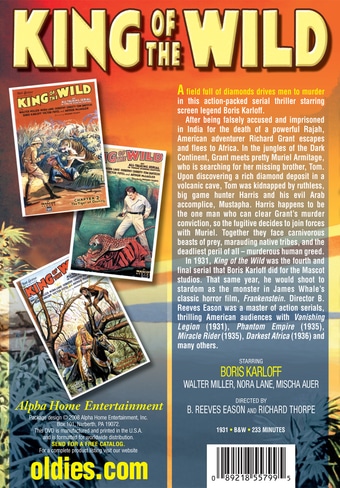 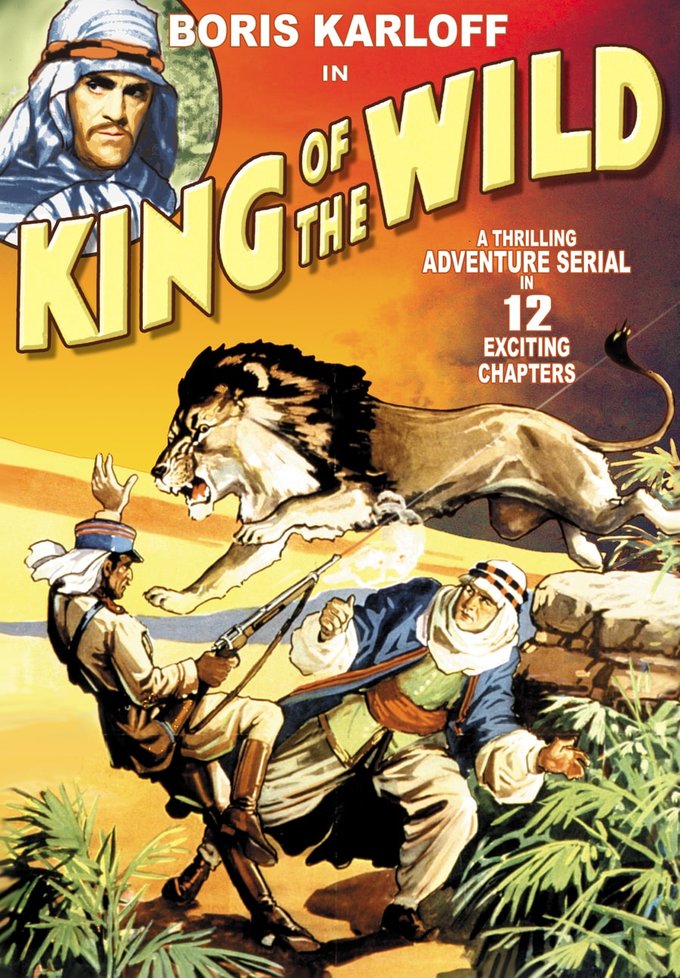 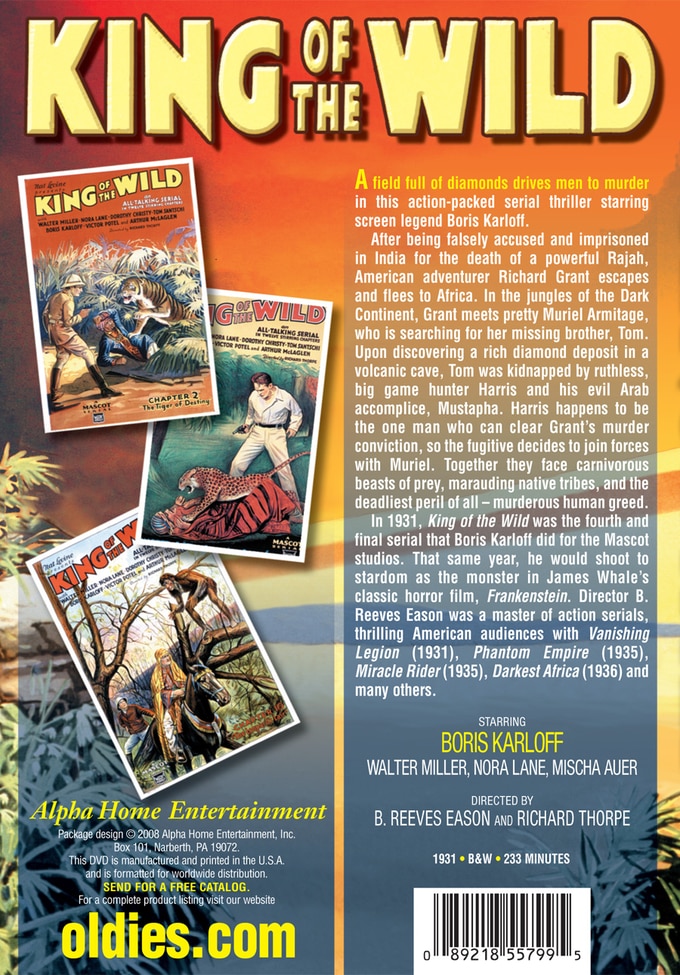 After being falsely accused and imprisoned in India for the death of a powerful Rajah, American adventurer Richard Grant escapes and flees to Africa. In the jungles of the Dark Continent, Grant meets pretty Muriel Armitage, who is searching for her missing brother, Tom. Upon discovering a rich diamond deposit in a volcanic cave, Tom was kidnapped by ruthless, big game hunter Harris and his evil Arab accomplice, Mustapha. Harris happens to be the one man who can clear Grant's murder conviction, so the fugitive decides to join forces with Muriel. Together they face carnivorous beasts of prey, marauding native tribes, and the deadliest peril of all - murderous human greed.

In 1931, King of the Wild was the fourth and final serial that Boris Karloff did for the Mascot studios. That same year, he would shoot to stardom as the monster in James Whale's classic horror film, Frankenstein. Director B. Reeves Eason was a master of action serials, thrilling American audiences with Vanishing Legion (1931), Phantom Empire (1935), Miracle Rider (1935), Darkest Africa (1936) and many others.

Action | Adventure | Serial
This product is made-on-demand by the manufacturer using DVD-R recordable media. Almost all DVD players can play DVD-Rs (except for some older models made before 2000) - please consult your owner's manual for formats compatible with your player. These DVD-Rs may not play on all computers or DVD player/recorders. To address this, the manufacturer recommends viewing this product on a DVD player that does not have recording capability.