Heartwarming tale of friends coming to the aid of a troubled newspaperman. 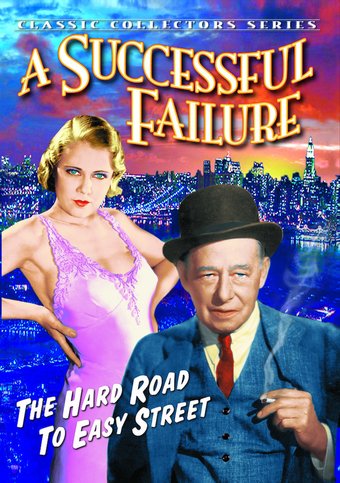 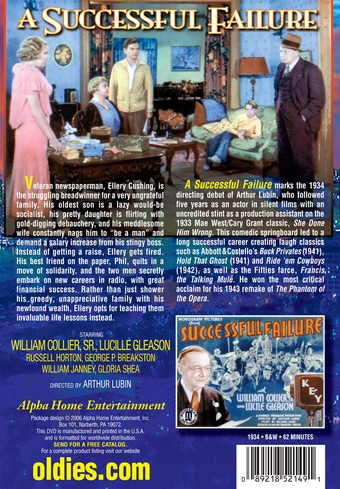 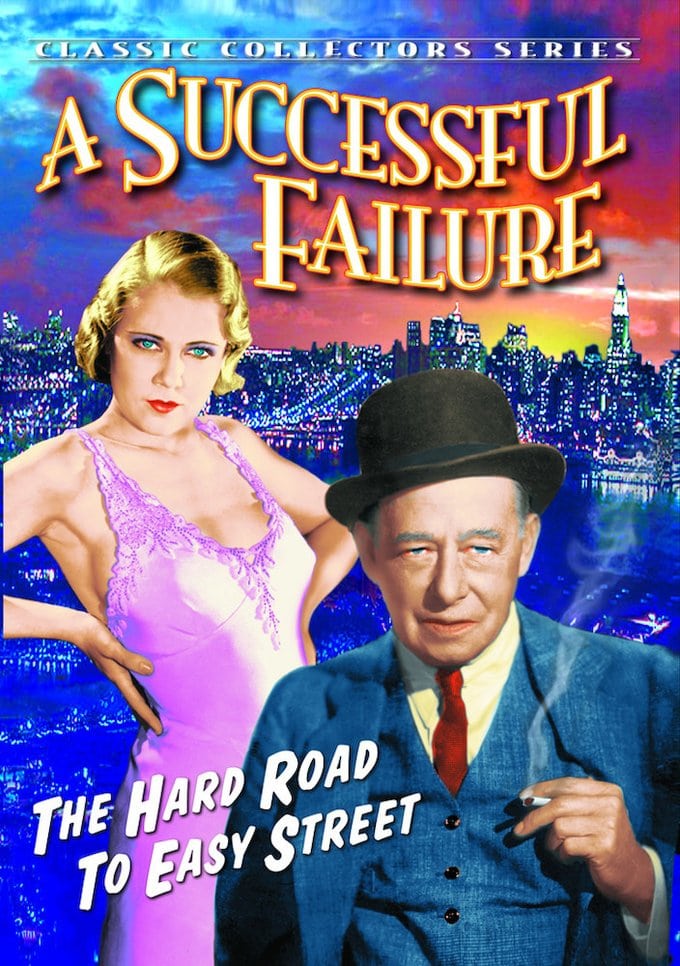 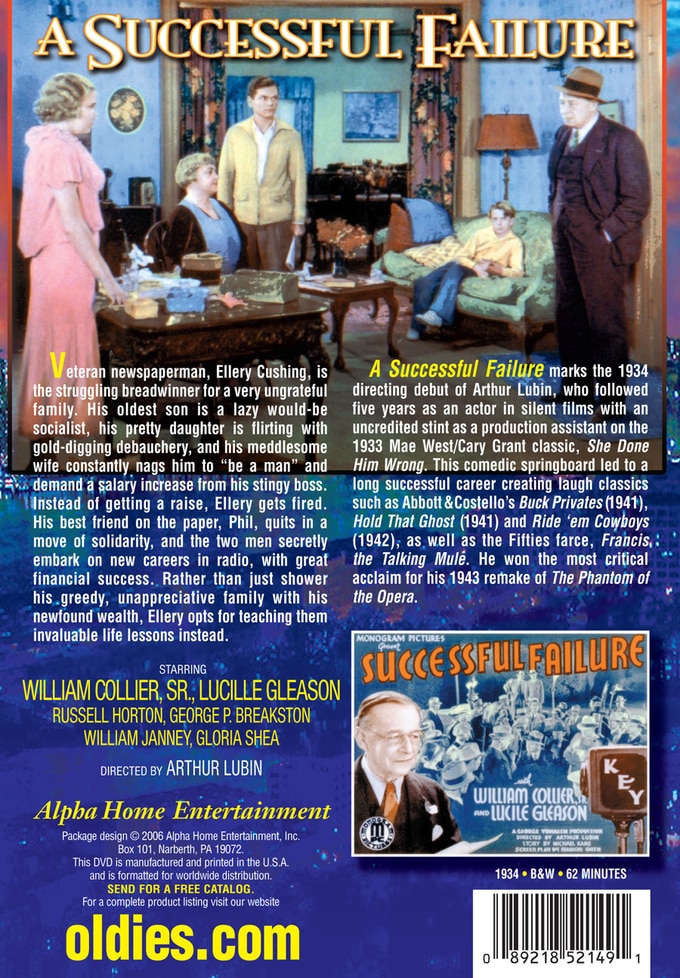 Veteran newspaperman, Ellery Cushing, is the struggling breadwinner for a very ungrateful family. His oldest son is a lazy would-be socialist, his pretty daughter is flirting with gold-digging debauchery, and his meddlesome wife constantly nags him to "be a man" and demand a salary increase from his stingy boss. Instead of getting a raise, Ellery gets fired. His best friend on the paper, Phil, quits in a move of solidarity, and the two men secretly embark on new careers in radio, with great financial success. Rather than just shower his greedy, unappreciative family with his newfound wealth, Ellery opts for teaching them invaluable life lessons instead.

A Successful Failure marks the 1934 directing debut of Arthur Lubin, who followed five years as an actor in silent films with an uncredited stint as a production assistant on the 1933 Mae West/Cary Grant classic, She Done Him Wrong. This comedic springboard led to a long successful career creating laugh classics such as Abbott & Costello's Buck Privates (1941), Hold That Ghost (1941) and Ride 'em Cowboys (1942), as well as the Fifties farce, Francis the Talking Mule. He won the most critical acclaim for his 1943 remake of The Phantom of the Opera.