Violent racism erupts when a Puerto Rican girl falls in love with a black man. 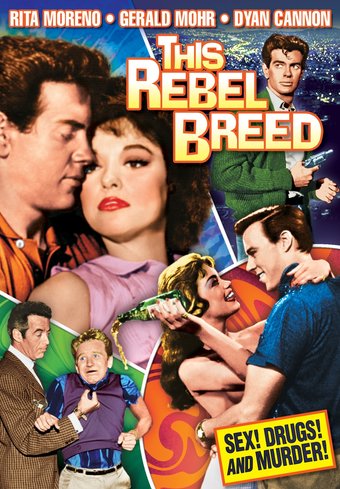 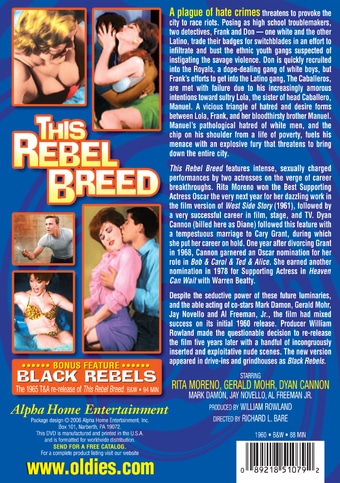 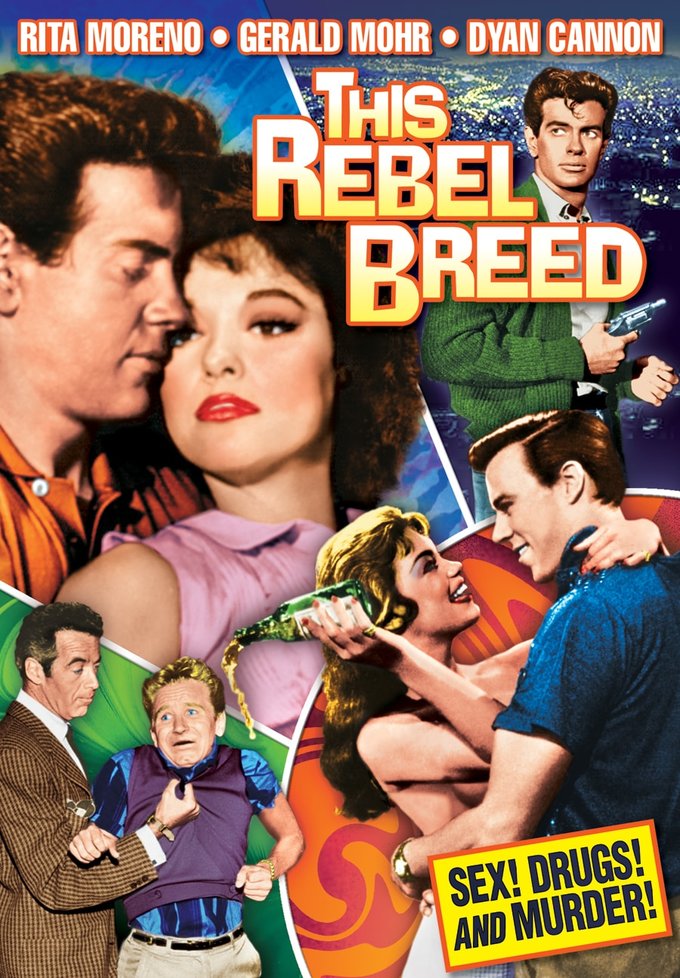 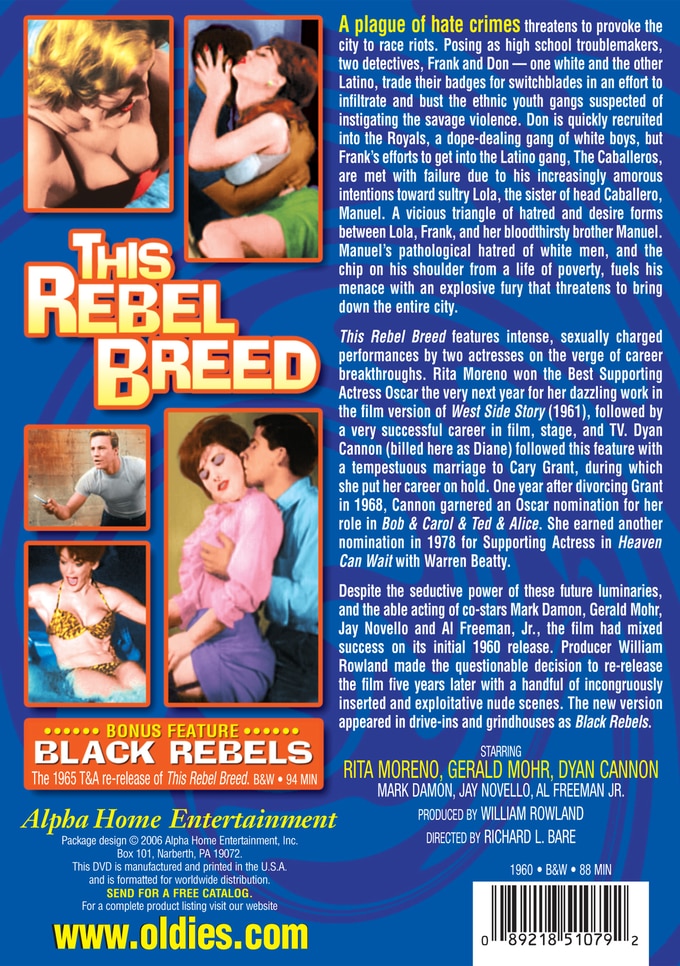 A plague of hate crimes threatens to provoke the city to race riots. Posing as high school troublemakers, two detectives, Frank and Don - one white and the other Latino, trade their badges for switchblades in an effort to infiltrate and bust the ethnic youth gangs suspected of instigating the savage violence. Don is quickly recruited into the Royals, a dope-dealing gang of white boys, but Frank's efforts to get into the Latino gang, The Caballeros, are met with failure due to his increasingly amorous intentions toward sultry Lola, the sister of head Caballero, Manuel. A vicious triangle of hatred and desire forms between Lola, Frank, and her bloodthirsty brother Manuel. Manuel's pathological hatred of white men, and the chip on his shoulder from a life of poverty, fuels his menace with an explosive fury that threatens to bring down the entire city.

This Rebel Breed features intense, sexually charged performances by two actresses on the verge of career breakthroughs. Rita Moreno won the Best Supporting Actress Oscar the very next year for her dazzling work in the film version of West Side Story (1961), followed by a very successful career in film, stage, and TV. Dyan Cannon (billed here as Diane) followed this feature with a tempestuous marriage to Cary Grant, during which she put her career on hold. One year after divorcing Grant in 1968, Cannon garnered an Oscar nomination for her role in Bob & Carol & Ted & Alice. She earned another nomination in 1978 for Supporting Actress in Heaven Can Wait with Warren Beatty.

Despite the seductive power of these future luminaries, and the able acting of co-stars Mark Damon, Gerald Mohr, Jay Novello and Al Freeman, Jr., the film had mixed success on its initial 1960 release. Producer William Rowland made the questionable decision to re-release the film five years later with a handful of incongruously inserted and exploitative nude scenes. The new version appeared in drive-ins and grindhouses as Black Rebels.

Rita Moreno (WEST SIDE STORY) and Dyan Cannon (8 HEADS IN A DUFFEL BAG) star in this teen melodrama of star-crossed love and racism. Frank White (Mark Damon) and Don Walters (Doug Hume) are undercover cops investigating gang-related crime at a high school. Frank, of Black and Hispanic heritage, finds himself rejected by both the Ebonys and the Caballeros, but strikes up a friendship with pretty Lola (Moreno), which is frowned upon by her brother, Manuel (Richard Laurier). Tensions between the gangs mount as secrets are revealed, and the Anglo gang the Royals begin dealing drugs.

Gangs | Melodrama | Racism | Teenagers
This product is made-on-demand by the manufacturer using DVD-R recordable media. Almost all DVD players can play DVD-Rs (except for some older models made before 2000) - please consult your owner's manual for formats compatible with your player. These DVD-Rs may not play on all computers or DVD player/recorders. To address this, the manufacturer recommends viewing this product on a DVD player that does not have recording capability.

Never Back Down (Blu-ray)
$9.90 Super Savings
Add to Cart