Orphans of the Storm (Silent)

Two sisters, one blind, are separated in Paris and face great hardships during the French revolution. 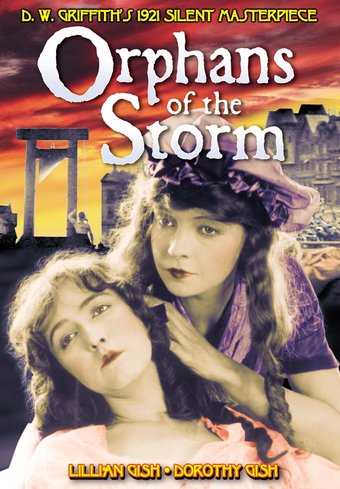 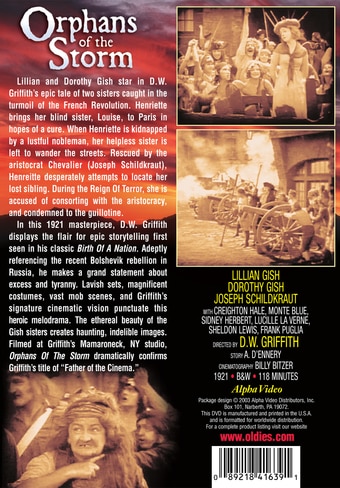 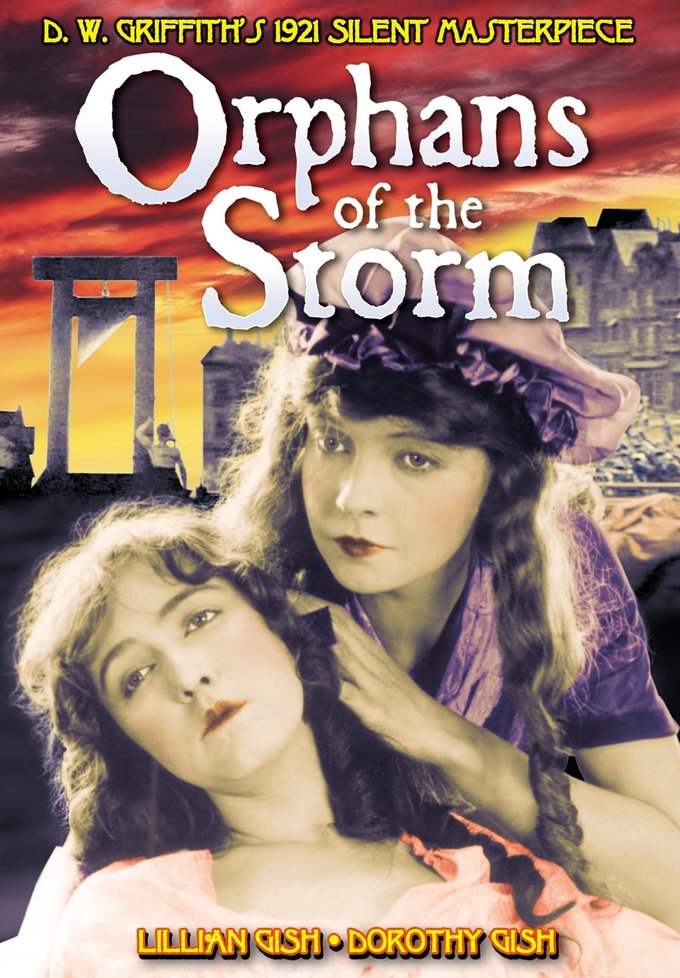 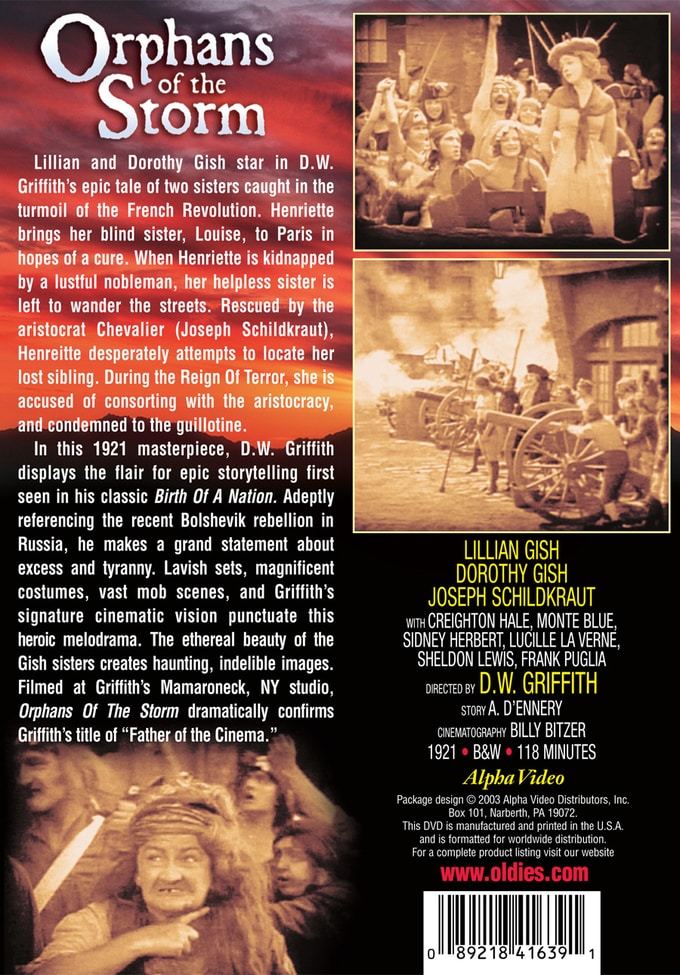 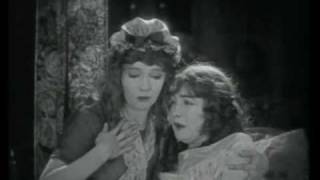 Lillian and Dorothy Gish star in D.W. Griffith's epic tale of two sisters caught in the turmoil of the French Revolution. Henriette brings her blind sister, Louise, to Paris in hopes of a cure. When Henriette is kidnapped by a lustful nobleman, her helpless sister is left to wander the streets. Rescued by the aristocrat Chevalier (Joseph Schildkraut), Henreitte desperately attempts to locate her lost sibling. During the Reign Of Terror, she is accused of consorting with the aristocracy, and condemned to the guillotine.

In this 1921 masterpiece, D.W. Griffith displays the flair for epic storytelling first seen in his classic Birth Of A Nation. Adeptly referencing the recent Bolshevik rebellion in Russia, he makes a grand statement about excess and tyranny. Lavish sets, magnificent costumes, vast mob scenes, and Griffith's signature cinematic vision punctuate this heroic melodrama. The ethereal beauty of the Gish sisters creates haunting, indelible images. Filmed at Griffith's Mamaroneck, NY studio, Orphans Of The Storm dramatically confirms Griffith's title of "Father of the Cinema."

Legendary director D.W. Griffith (INTOLERANCE) delivers another sweeping historical epic with this film, based on the d'Ennery and Corman play, THE TWO ORPHANS. Sisters Lillian and Dorothy Gish are the girls who become separated in the streets of eighteenth century Paris during the dramatic upheavals of the French Revolution. As Henriette (Lillian Gish) searches for her blind adopted sister Louise (Dorothy Gish), she falls in love with a kind and concerned young member of the aristocracy, Chevalier (Joseph Schildkraut). Unfortunately their love is doomed by her commoner status, and his callous uncle (Frank Losee), who railroads her off to prison to keep them apart. The revolution occurs, and Henriette is liberated, but then there's more trouble when mob rule causes chaos in the streets, the guillotine awaits Chevalier, and Louise remains just out of reach.

Griffith captures the class injustice at the heart of this story by contrasting scenes of lavish parties at the houses of the nobles with the abject poverty of the beggars outside. The thrilling use of crowds and meticulous historical accuracy make this an epic comparable in scope and theme to BIRTH OF A NATION, which is how Griffith undoubtedly meant it. The film is silent, with tinted scenes and film score.

Director D.W. Griffith's silent historical saga features two orphaned sisters, one of whom is blind, living in eighteenth century Paris. The siblings are eventually torn apart; the sightless girl is brought up by criminals, the other by wanton, rich socialites. When they attempt to find each other once again, they run into two major obstacles: the French Revolution, and the guillotine's blade.

16%off
The Scarlet Pimpernel
$8.40 Super Savings
Add to Cart

Customer Rating:
Based on 5705 ratings.


I first saw this at the wonderful san francisco Castro Theater with a live organ accompaniment with a packed house - over 700 movie buffs in the house, and man it was great. The Gish sisters are superb in this one, and the story rocks.

It's one of the few remaining films that showcase the Gish sisters together, and that alone means you must have this. I mean there's Revolution, sisters divided by chance, a decadent Ruling Class, and Paris.... great sets, great direction and of course great acting by Lillian and Dorothy Gish.


As you watch this movie, even knowing that it's very old and aware of the cultural gap between you and those who made this movie, and even without the benefit of sound or dialog, the talent of Lillian Gish will suck you into the story and have you cheering her on while cursing her enemies. She's that good.

Lillian and Dorothy Gish Give Great Performances! Movie Lover: Wayne S from Knoxville, TN US -- May, 6, 2004


This is truly a Silent Screen masterpiece by the greatest movie pioneer DW Griffith. A very complicated story gives way to an exciting tale during the French Revolution. This is a good film to get acquainted with Lillian Gish (and Dorothy Gish as her blind Sister)and her work in the glory days of Cinema. Alpha Video has given us a great service by putting these silent films on DVD -- best investment you will ever make for your Library.


A masterpiece from D.W. Griffith. Great sets, costumes and story as two sisters search for each other during the turbulence of the French Revolution. Detail is perfect and the Gish sisters are adorable. Nice classic silent.