The Eyes of The Mummy (Silent)

Mysterious tale of a man who is driven mad after visiting an ancient Egyptian shrine. 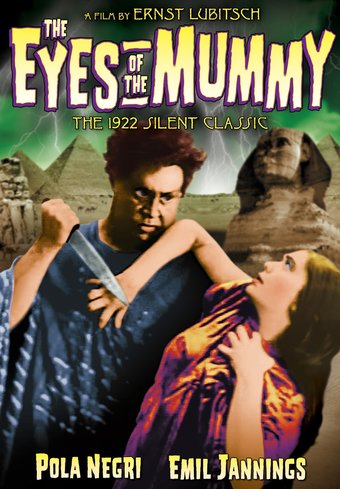 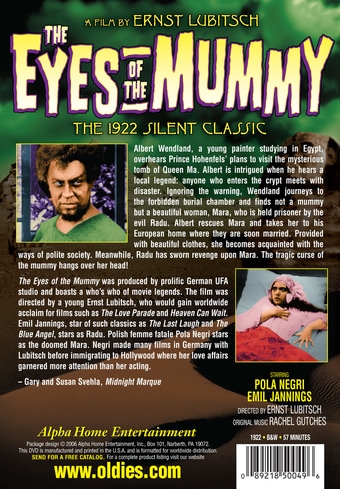 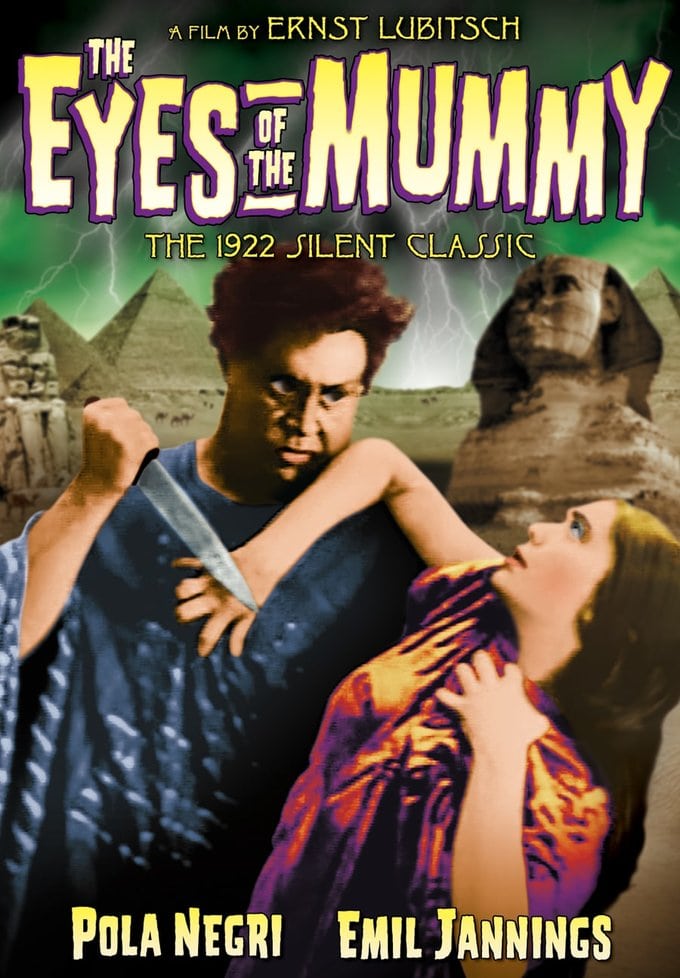 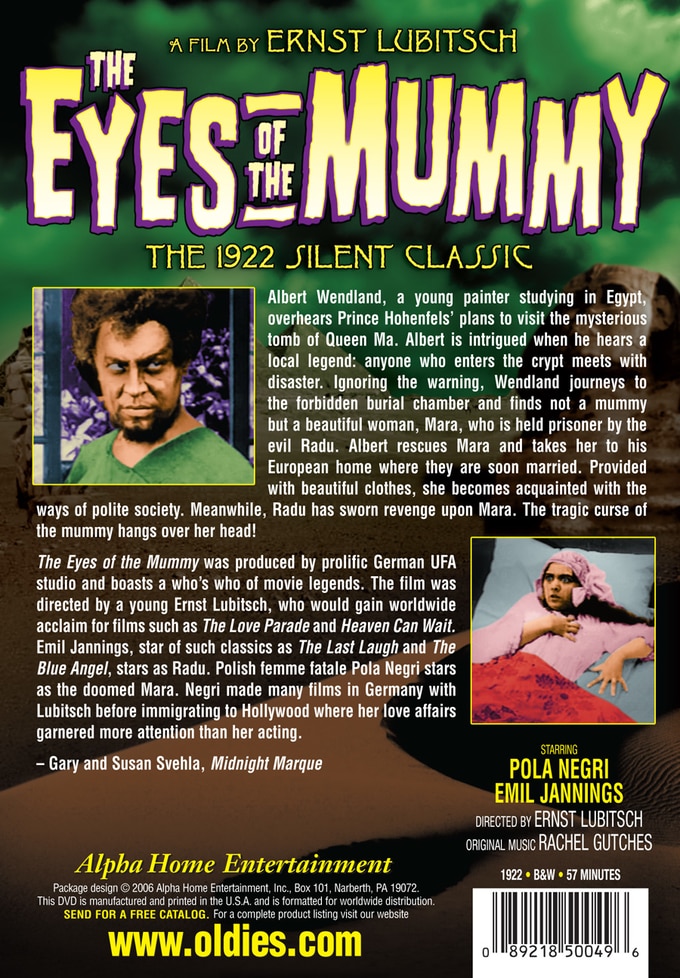 Albert Wendland, a young painter studying in Egypt, overhears Prince Hohenfels' plans to visit the mysterious tomb of Queen Ma. Albert is intrigued when he hears a local legend: anyone who enters the crypt meets with disaster. Ignoring the warning, Wendland journeys to the forbidden burial chamber and finds not a mummy but a beautiful woman, Mara, who is held prisoner by the evil Radu. Albert rescues Mara and takes her to his European home where they are soon married. Provided with beautiful clothes, she becomes acquainted with the ways of polite society. Meanwhile, Radu has sworn revenge upon Mara. The tragic curse of the mummy hangs over her head!

The Eyes of the Mummy was produced by prolific German UFA studio and boasts a who's who of movie legends. The film was directed by a young Ernst Lubitsch, who would gain worldwide acclaim for films such as The Love Parade and Heaven Can Wait. Emil Jannings, star of such classics as The Last Laugh and The Blue Angel, stars as Radu. Polish femme fatale Pola Negri stars as the doomed Mara. Negri made many films in Germany with Lubitsch before immigrating to Hollywood where her love affairs garnered more attention than her acting.

Polish actress and dancer Pola Negri appears in this German silent film by Ernst Lubitsch about a young English painter who comes to Cairo and uncovers a plot by an Egyptian man, Radu, to scare visitors away from the tomb of the pharaoh "Ma." The painter rescues a beautiful woman (Negri) and brings her back to London with him. There, she becomes famous for her beauty and dancing and stars in a stage performance. Meanwhile Radu has vowed revenge and travels to England to find them.

Silent | Thriller | Silent Cinema | Silent Films
This product is made-on-demand by the manufacturer using DVD-R recordable media. Almost all DVD players can play DVD-Rs (except for some older models made before 2000) - please consult your owner's manual for formats compatible with your player. These DVD-Rs may not play on all computers or DVD player/recorders. To address this, the manufacturer recommends viewing this product on a DVD player that does not have recording capability.

Customer Rating:
Based on 119 ratings.


Emil Jannings does a fantastic job of transforming into an evil and ominous character for this movie. Compared to his performances in "The Last Laugh" and "Waxworks", this shows he had incredible range as an actor.


This is an adventurous melodramatic tale. I really enjoyed the restoration Alpha did on this film. I also enjoyed the new musical score, composed by Rachel Gutches, it was dramatic and serious. It made the film enjoyable to watch.