This film is the definitive version of the classic story of a young student who sells his soul to the devil in exchange for a life of debauchery. 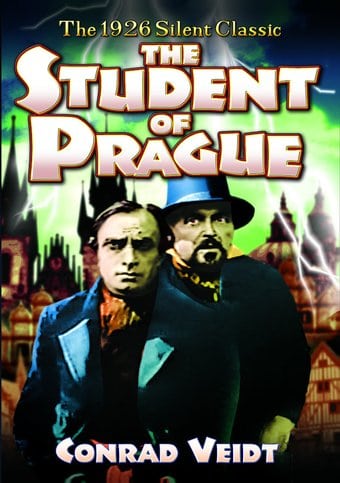 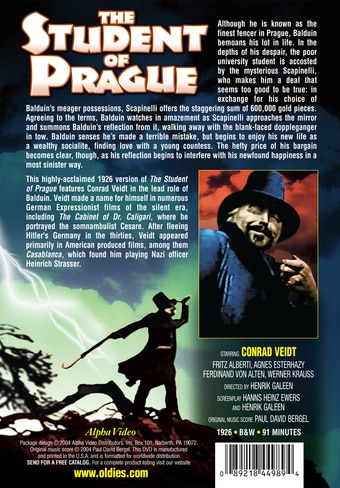 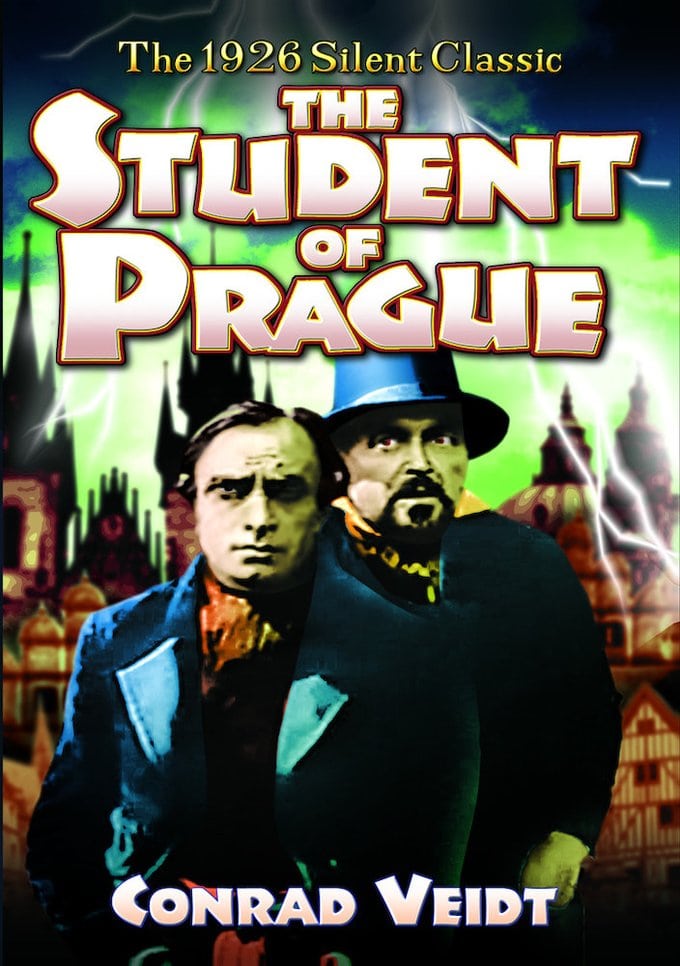 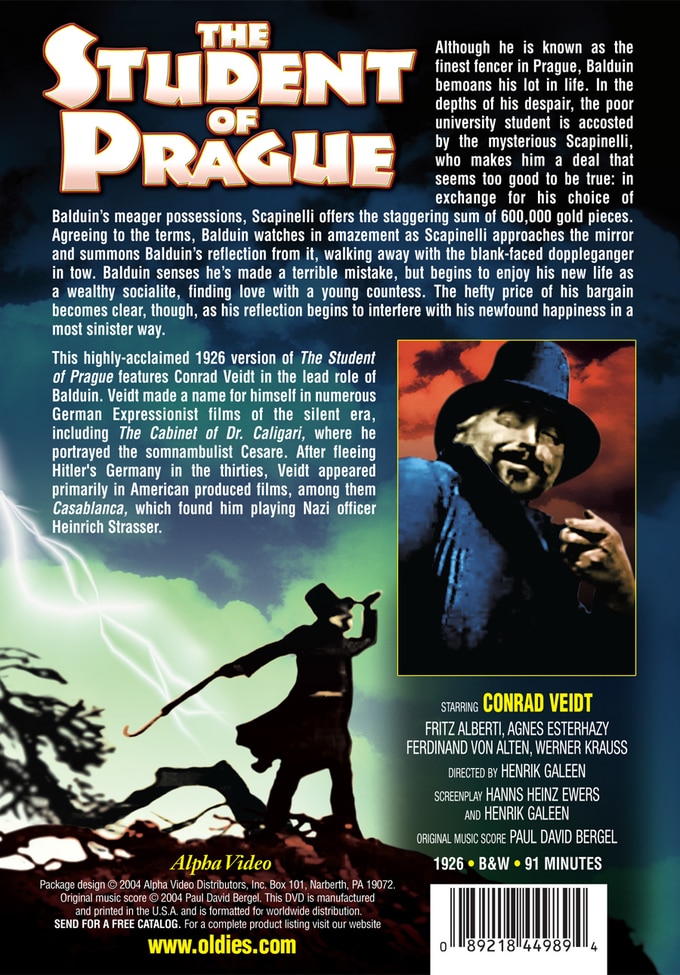 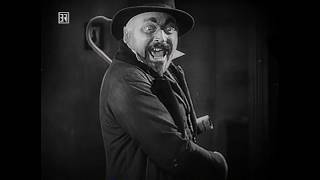 Although he is known as the finest fencer in Prague, Balduin bemoans his lot in life. In the depths of his despair, the poor university student is accosted by the mysterious Scapinelli, who makes him a deal that seems too good to be true: in exchange for his choice of Balduin's meager possessions, Scapinelli offers the staggering sum of 600,000 gold pieces. Agreeing to the terms, Balduin watches in amazement as Scapinelli approaches the mirror and summons Balduin's reflection from it, walking away with the blank-faced doppleganger in tow. Balduin senses he's made a terrible mistake, but begins to enjoy his new life as a wealthy socialite, finding love with a young countess. The hefty price of his bargain becomes clear, though, as his reflection begins to interfere with his newfound happiness in a most sinister way.

This highly-acclaimed 1926 version of The Student of Prague features Conrad Veidt in the lead role of Balduin. Veidt made a name for himself in numerous German Expressionist films of the silent era, including The Cabinet of Dr. Caligari, where he portrayed the somnambulist Cesare. After fleeing Hitler's Germany in the thirties, Veidt appeared primarily in American produced films, among them Casablanca, which found him playing Nazi officer Heinrich Strasser.

An extremely rare remake in which a young man sells his soul to the Devil only to have his soul split off from him and ultimately confront him in a sword battle. Silent.

Demonic Possession | Romance | Silent | Vintage
This product is made-on-demand by the manufacturer using DVD-R recordable media. Almost all DVD players can play DVD-Rs (except for some older models made before 2000) - please consult your owner's manual for formats compatible with your player. These DVD-Rs may not play on all computers or DVD player/recorders. To address this, the manufacturer recommends viewing this product on a DVD player that does not have recording capability.

Customer Rating:
Based on 718 ratings.


Looks on screen like watching a poor VHS copy, but this may be your only choice if you want to see it at all, and it is worth seeing. Some better-quality snippets can be seen in Bret Wood's Kingdom of Shadows. Suffers from a strong whiff of anti-Semitism, perhaps not as strongly so as "The Golem"'s picture of Jews as a stinking foreign body consorting with astrology and demons; here it's just a Jewish-looking master-manipulator dealing in souls. The scene of the removal of the doppelganger by taking the reflection from the mirror is cut from the print, which is a huge disappointment. However, this scene, likely more primitively, is in the 1913 version also sold by Alpha. Original music by Paul David Bergel added by Alpha, but it is generally a dull and depressing chord progression, with rare moments of inspiration, such as that accompanying the scene of the hunt.