The Trouble With Father Volume 2 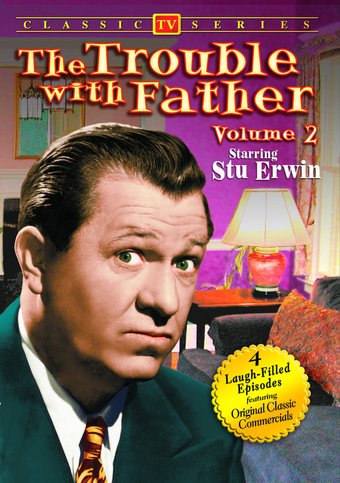 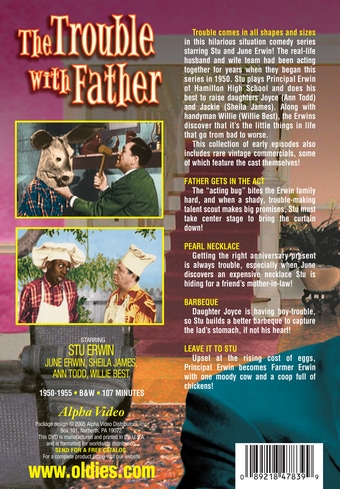 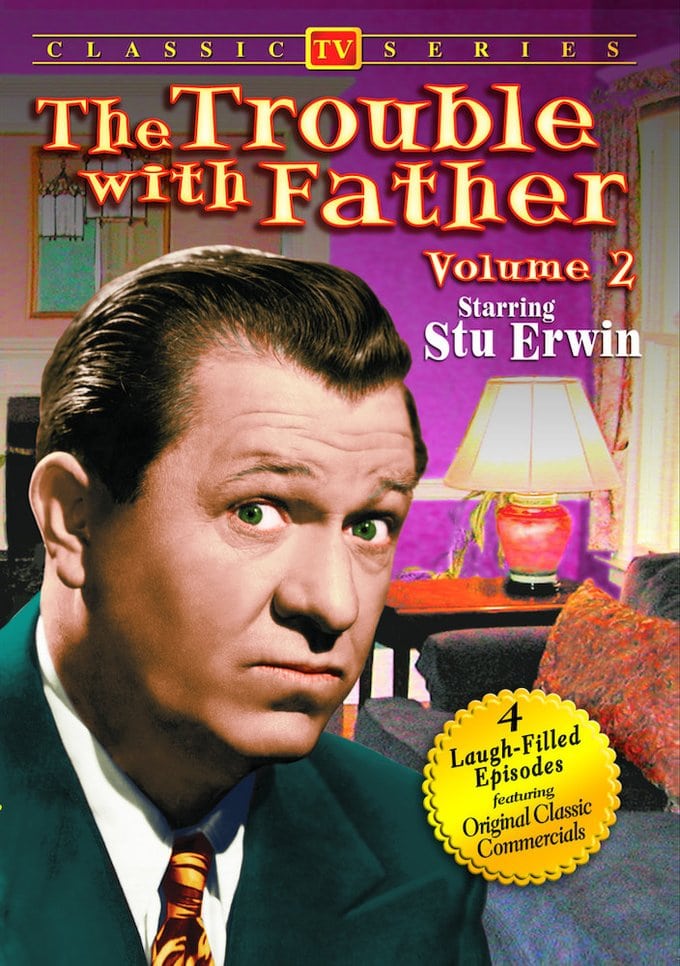 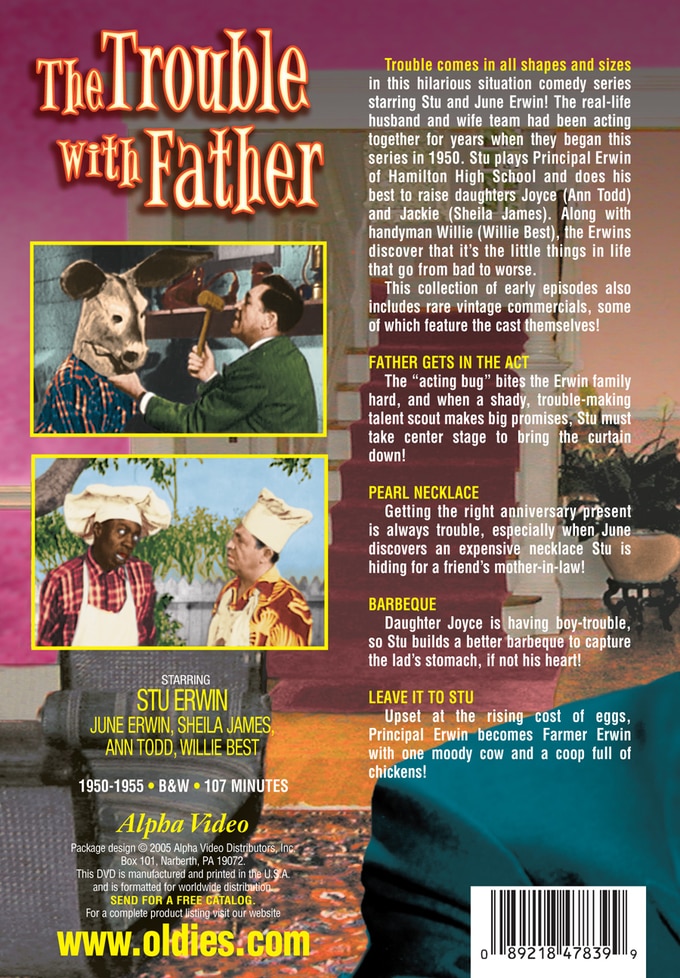 Trouble comes in all shapes and sizes in this hilarious situation comedy series starring Stu and June Erwin! The real-life husband and wife team had been acting together for years when they began this series in 1950. Stu plays Principal Erwin of Hamilton High School and does his best to raise daughters Joyce (Ann Todd) and Jackie (Sheila James). Along with handyman Willie (Willie Best), the Erwins discover that it's the little things in life that go from bad to worse. This collection of early episodes also includes rare vintage commercials, some of which feature the cast themselves!

Father Gets In The Act: The "acting bug" bites the Erwin family hard, and when a shady, trouble-making talent scout makes big promises, Stu must take center stage to bring the curtain down!

Pearl Necklace: Getting the right anniversary present is always trouble, especially when June discovers an expensive necklace Stu is hiding for a friend's mother-in-law!

Barbeque: Daughter Joyce is having boy-trouble, so Stu builds a better barbeque to capture the lad's stomach, if not his heart!

Leave It To Stu: Upset at the rising cost of eggs, Principal Erwin becomes Farmer Erwin with one moody cow and a coop full of chickens!

Husband and wife acting team Stu and June Erwin star in this 1950s comedy series. Playing Principal Erwin of Hamilton High School, Erwin entertained audiences with his comic flair and knack for delivering humorous lines. First airing in 1950, TROUBLE WITH FATHER follows the principal and his wife in their comic attempts to keep track of their two daughters Joyce and Jackie, while also overseeing all the students of Hamilton High. This volume contains the episodes "Father Gets In The Act," "Pearl Necklace," "Barbecue," and "Leave It To Stu." In these episodes, Stu tries his hand at farming, barbecuing, and acting. He also learns a thing or two about how to shop for the right anniversary present. As a special treat, viewers will also be privy to several vintage television commercials, some even featuring the stars of the popular series.