Four classic episodes of the comedy television series featuring black comedian, Willie Best. Bonus: A segment from "Night Court" (1958) in which a black vaudevillian shows up in front of the judge on loitering charges. 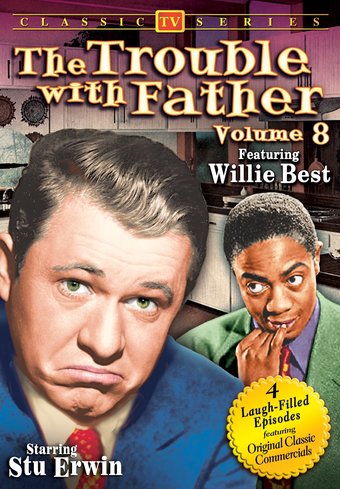 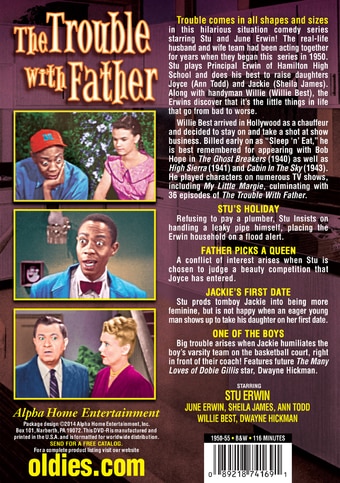 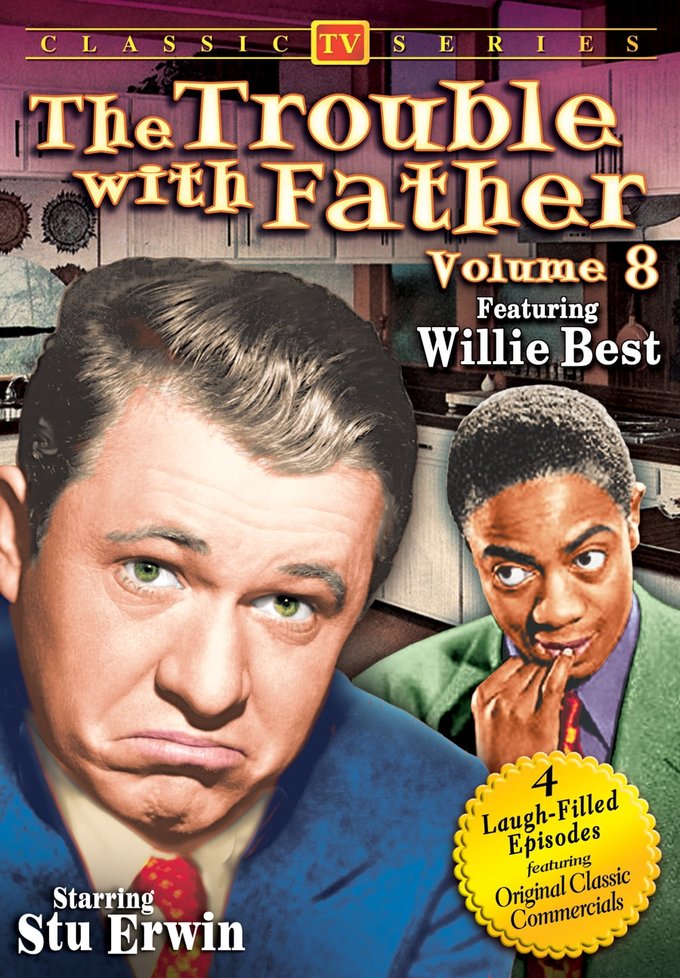 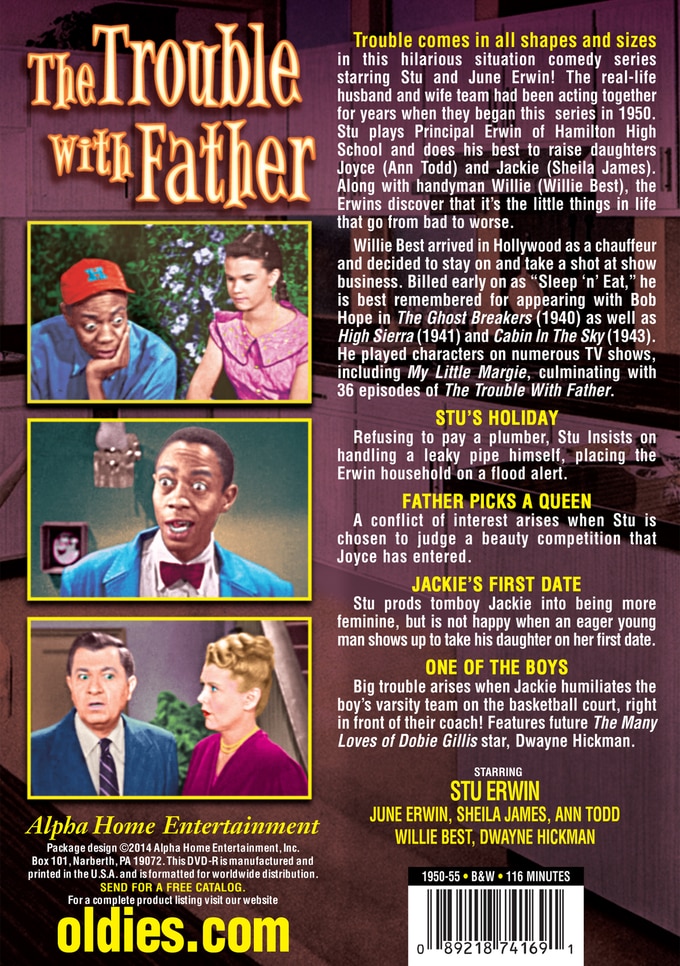 Willie Best arrived in Hollywood as a chauffeur and decided to stay on and take a shot at show business. Billed early on as "Sleep 'n' Eat," he is best remembered for appearing with Bob Hope in The Ghost Breakers (1940) as well as High Sierra (1941) and Cabin In The Sky (1943). He played characters on numerous TV shows, including My Little Margie, culminating with 36 episodes of The Trouble With Father.

Stu's Holiday: Refusing to pay a plumber, Stu Insists on handling a leaky pipe himself, placing the Erwin household on a flood alert.

Father Picks A Queen: A conflict of interest arises when Stu is chosen to judge a beauty competition that Joyce has entered.

Jackie's First Date: Stu prods tomboy Jackie into being more feminine, but is not happy when an eager young man shows up to take his daughter on her first date.

One OF The Boys: Big trouble arises when Jackie humiliates the boy's varsity team on the basketball court, right in front of their coach! Features future The Many Loves of Dobie Gillis star, Dwayne Hickman.