The Trouble With Father Volume 3 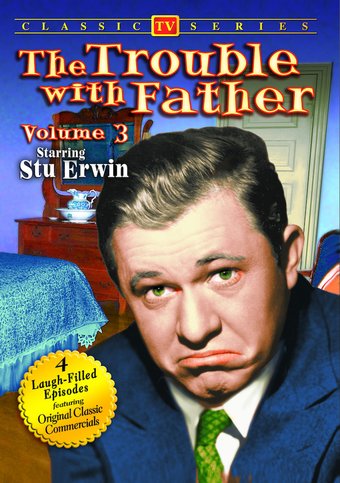 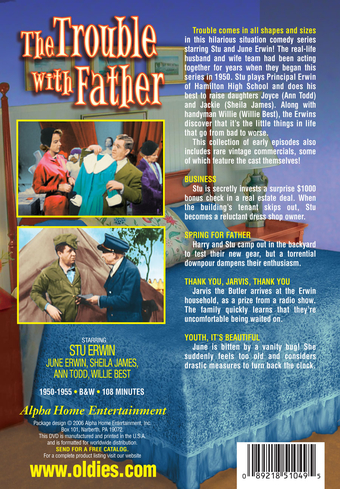 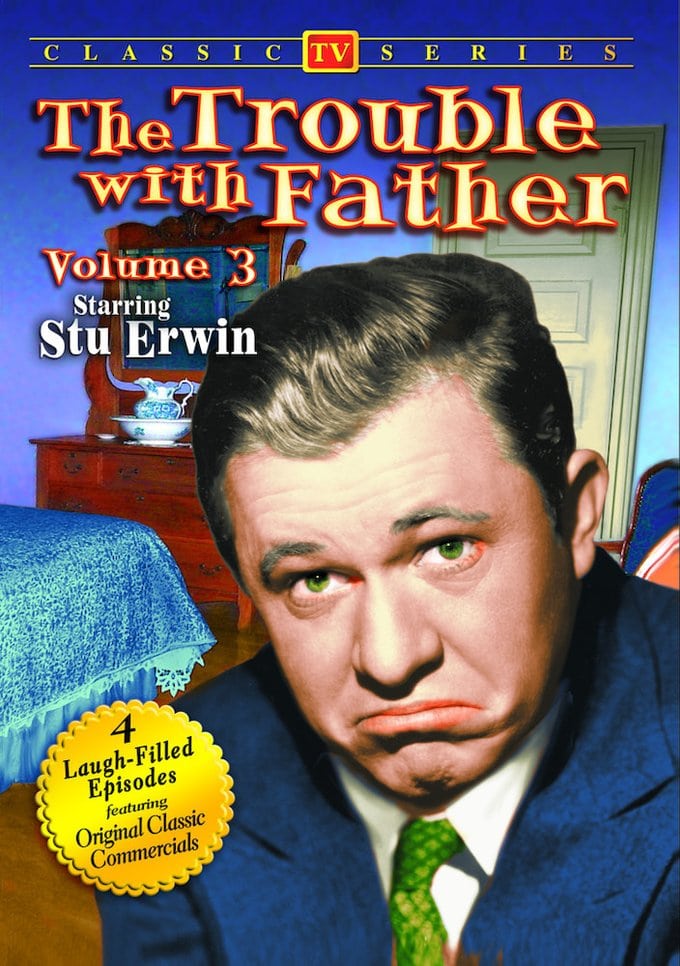 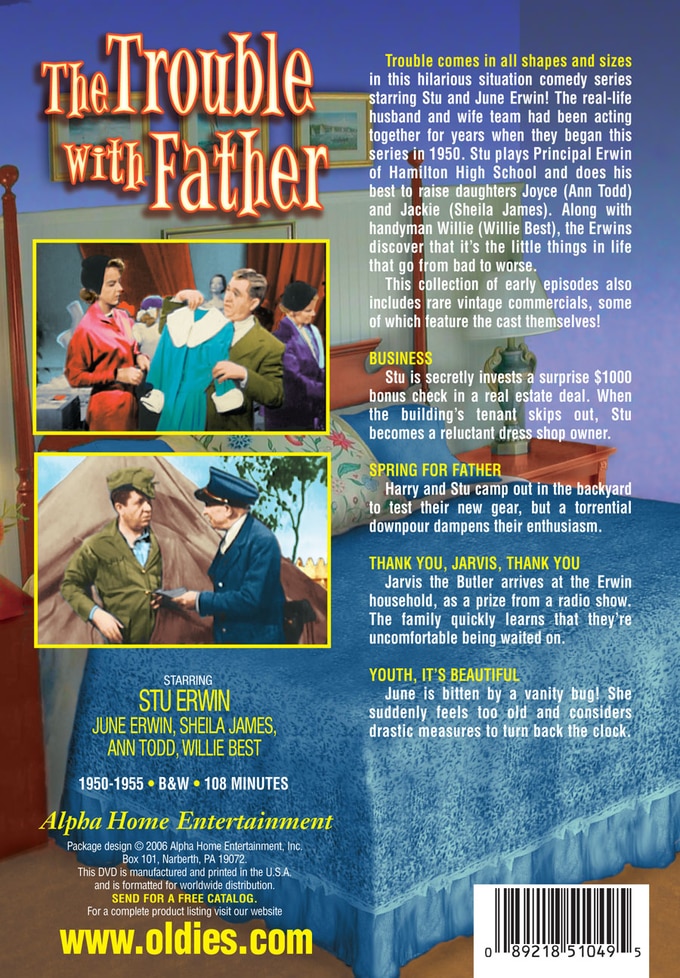 This collection of early episodes also includes rare vintage commercials, some of which feature the cast themselves!

Spring For Father: Harry and Stu camp out in the backyard to test their new gear, but a torrential downpour dampens their enthusiasm.

Thank You, Jarvis, Thank You: Jarvis the Butler arrives at the Erwin household, as a prize from a radio show. The family quickly learns that they're uncomfortable being waited on.

Youth, It's Beautiful: June is bitten by a vanity bug! She suddenly feels too old and considers drastic measures to turn back the clock.