The Trouble With Father Volume 4 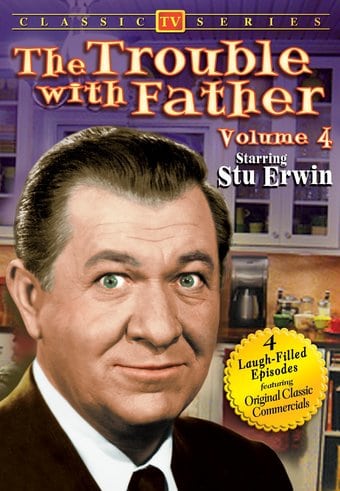 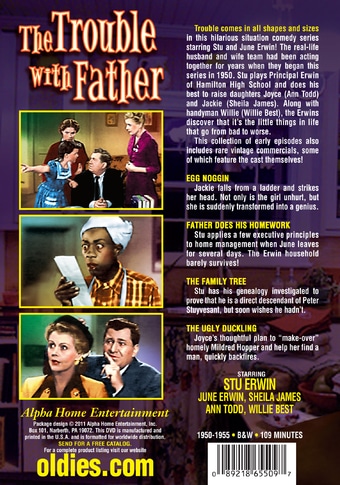 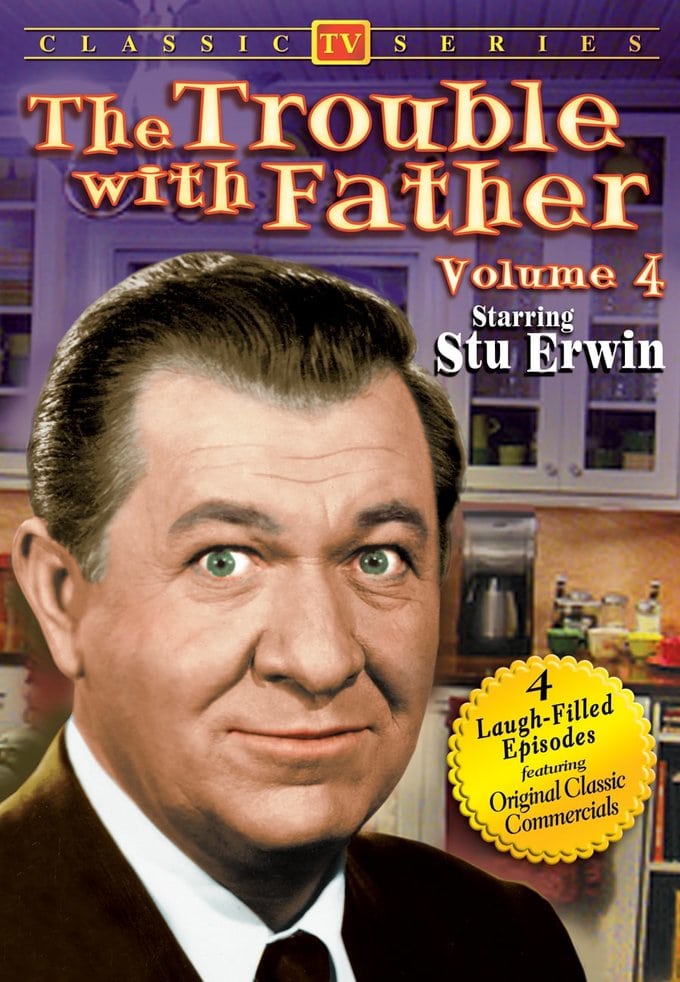 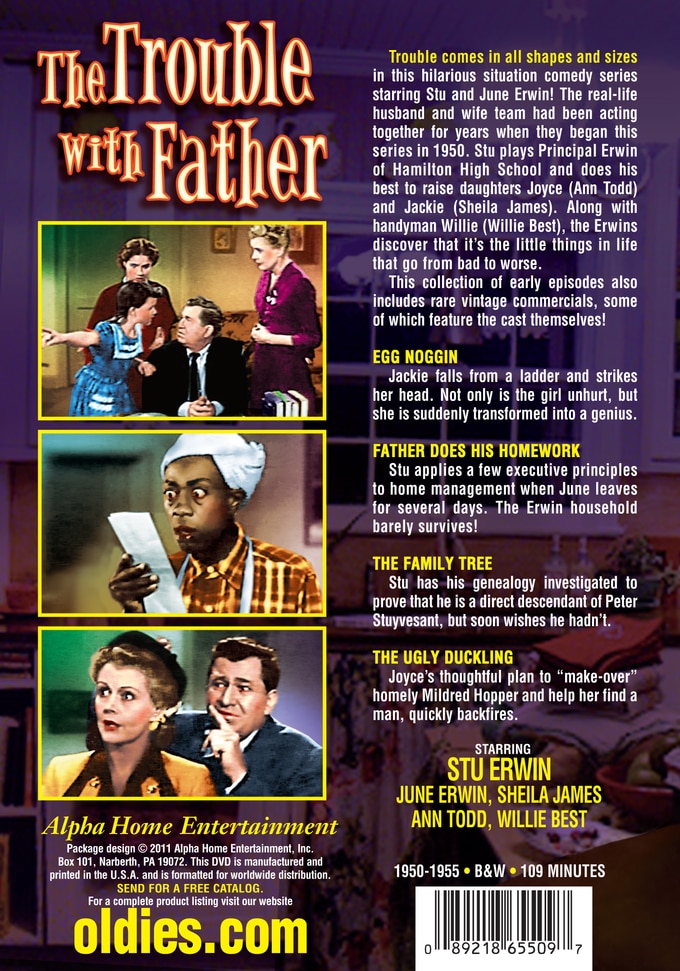 This collection of early episodes also includes rare vintage commercials, some of which feature the cast themselves!

Egg Noggin: Jackie falls from a ladder and strikes her head. Not only is the girl unhurt, but she is suddenly transformed into a genius.

The Family Tree: Stu has his genealogy investigated to prove that he is a direct descendant of Peter Stuyvesant, but soon wishes he hadn't.

This release from the classic 1950 series TROUBLE WITH FATHER includes four episodes of the sitcom, following the story of a middle class couple, played by real-life husband and wife team Stu and June Erwin, who get embroiled in wacky hijinks raising their daughters.