An all-star cast is featured in this action-packed and laugh-filled story of famed comic-strip prizefighter Joe Palooka. 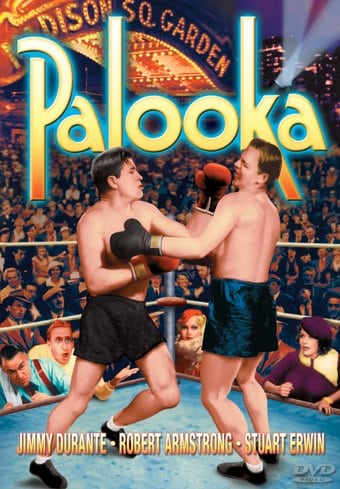 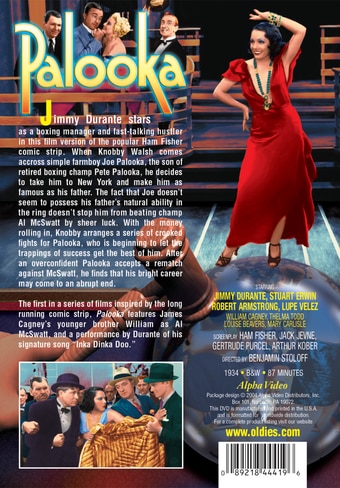 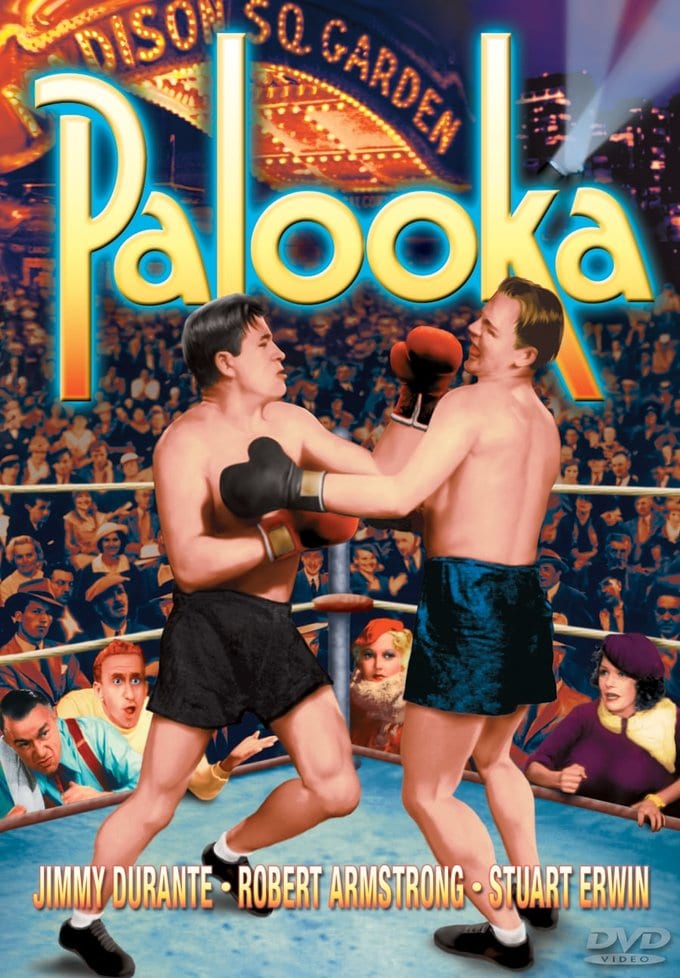 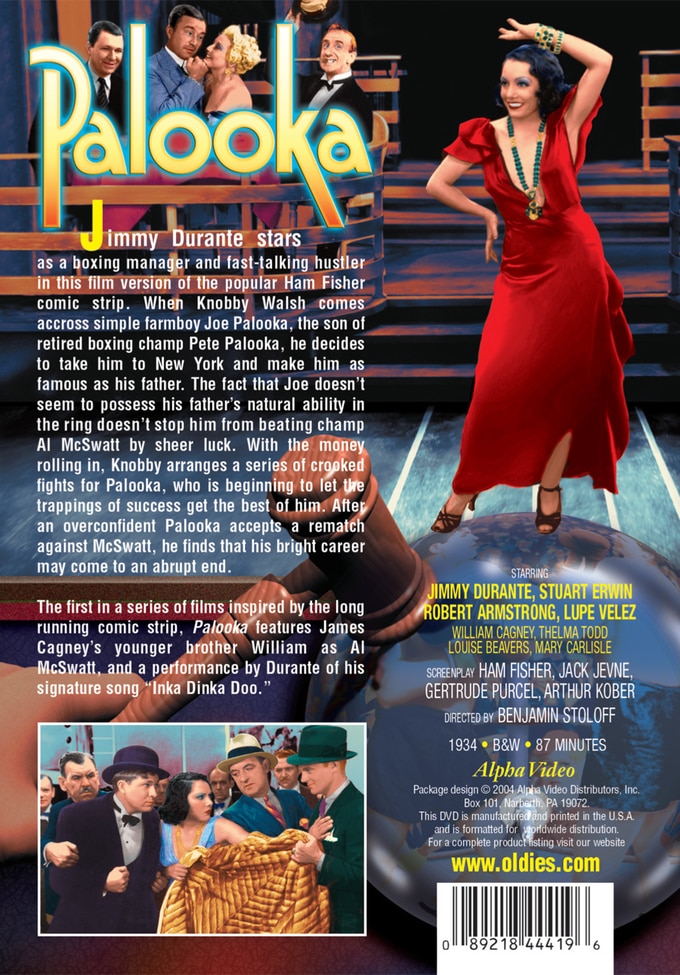 Jimmy Durante stars as a boxing manager and fast-talking hustler in this film version of the popular Ham Fisher comic strip. When Knobby Walsh comes across simple farm boy Joe Palooka, the son of retired boxing champ Pete Palooka, he decides to take him to New York and make him as famous as his father. The fact that Joe doesn't seem to possess his father's natural ability in the ring doesn't stop him from beating champ Al McSwatt by sheer luck. With the money rolling in, Knobby arranges a series of crooked fights for Palooka, who is beginning to let the trappings of success get the best of him. After an overconfident Palooka accepts a rematch against McSwatt, he finds that his bright career may come to an abrupt end.

The first in a series of films inspired by the long running comic strip, Palooka features James Cagney's younger brother William as Al McSwatt, and a performance by Durante of his signature song "Inka Dinka Doo."

A comedy based on the famous comic strip hero. A top performance by Durante as Palooka's boxing manager as he finds an opportunity to sing his immortal song: "Inka-Dinka-Doo."

Superheroes | Vintage
This product is made-on-demand by the manufacturer using DVD-R recordable media. Almost all DVD players can play DVD-Rs (except for some older models made before 2000) - please consult your owner's manual for formats compatible with your player. These DVD-Rs may not play on all computers or DVD player/recorders. To address this, the manufacturer recommends viewing this product on a DVD player that does not have recording capability.

The Mysterious Island
$17.90
Add to Cart

Home In Indiana
$19
Add to Cart

Customer Rating:
Based on 424 ratings.


Ham Fisher's JOE PALOOKA comic strip, about a good-natured and none-too-bright boxer, doesn't top many lists of all-time great comic strips, but it ran in newspapers from 1930 until 1984 (nearly 30 years after Fisher's death). Joe, his gal Ann Howe, and his manager Knobby Walsh had a long and happy relationship with the motion picture industry, too, beginning in 1934 with PALOOKA.

The film clearly was meant to be an ?A? picture, with impressive production values. PALOOKA opens in the early part of the 20th century, as we meet Pete "Goodtime" Palooka, champ o' the world in the ring and with the ladies, much to the chagrin of his wife, who walks out on him with their infant son Joe. Twenty years later, a chance encounter between young Joe, now a hand on his mom's farm, and a boxing manager named Knobby Walsh leads to Joe's ring debut, which ends inauspiciously and prematurely. Everybody thinks Joe's pugilistic dreams were a mistake, except for the manager of Al McSwatt, middleweight champ of the world, who sees Joe as a pushover for McSwatt. McSwatt thinks so too, and when he shows up soused for the fight, Joe gets lucky and takes the crown. Joe also takes McSwatt's floozy girlfriend (Miss Valez), who soon has the country boy sipping champagne from her slipper. Eventually, McSwatt tricks the overmatched Palooka into giving him a rematch, and Joe's career and future (not to mention his love life) are determined in 15 grueling rounds.

PALOOKA is a comedy that's not very funny, a drama that's not very dramatic, and a musical with only two brief musical numbers, but it's awfully hard not to like. First and foremost is Durante as Knobby; he's a bundle of energy and a double bundle of laughs who tosses out one-liners like confetti. Assessing his boy's chances, he comments "He couldn't hit McSwatt with a handful of rice." When trainer Tom Dugan cautions him not to be so stressed over Joe's antics ("Worry kills more people than bullets"), Durante replies, "What do I care how many bullets get killed?" And for some unknown reason, he stops the film long enough to warble his theme song, "Inka Dinka Doo". "What a voice!", as he himself proudly proclaims. (The other musical number is a song-and-dance by Miss Velez, and it was apparently choreographed by St. Vitus. It's a howl and a half.)

PALOOKA apparently wasn't the success United Artists hoped it would be, because Joe's next theatrical appearance would be in a series of Vitaphone shorts starring Robert Norton as Palooka and Shemp Howard as Knobby. Better remembered is the late '40s series of low-budget Monogram pictures (sheesh, is THAT redundant, or what) starring Joe Kirkwood as Joe and Leon Errol as Knobby.

Alpha Video's DVD of PALOOKA is terrific, with a very clear picture and sound that belies its rock-bottom price.