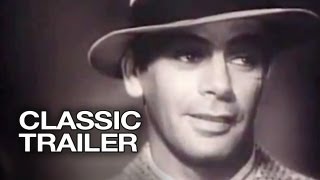 Loosely based on the life of Al Capone, Howard Hawks's SCARFACE is one of the most shocking and powerful gangster films ever made, setting the standard for Hollywood screen violence for years to come. Tony "Scarface" Camonte (Paul Muni) is an enforcer for Johnny Lovo, an ambitious gangster who wants to combine all the liquor rackets in Prohibition-era Chicago into one crime empire. To achieve this goal Tony embarks on a reign of terror, threatening citizens and clawing his way to power until he is the number one mobster in town. Muni's fierce performance established the model for the Hollywood mobster, a violent yet charismatic figure. Censorship battles over the film delayed its release for two years, and resulted in additional moralizing scenes and an alternate ending. Visually dynamic and provocative, SCARFACE, produced by Howard Hughes, is one of the best films of the 1930s and the forerunner of the modern gangster film.

The powerful, original gangster film that is based on the story of Al Capone's rise to power in Chicago during prohibition, in the form of mobster Tony "Scarface" Camonte (Paul Muni), who fights his way to the top of the heap to become the top dog--but not without consequences. The well-made, controversial SCARFACE is the model for Hollywood's gangster film genre.