A comedy classic follows Harold from college graduation to his life of optimistic scheming. 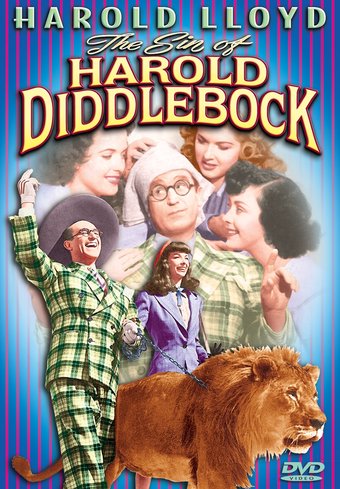 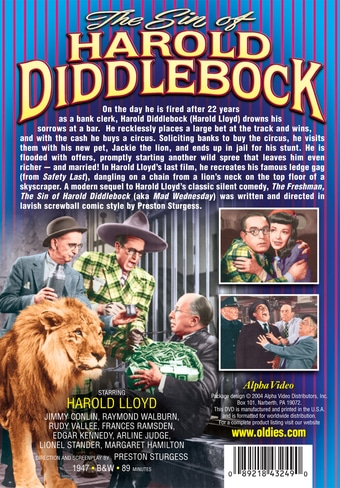 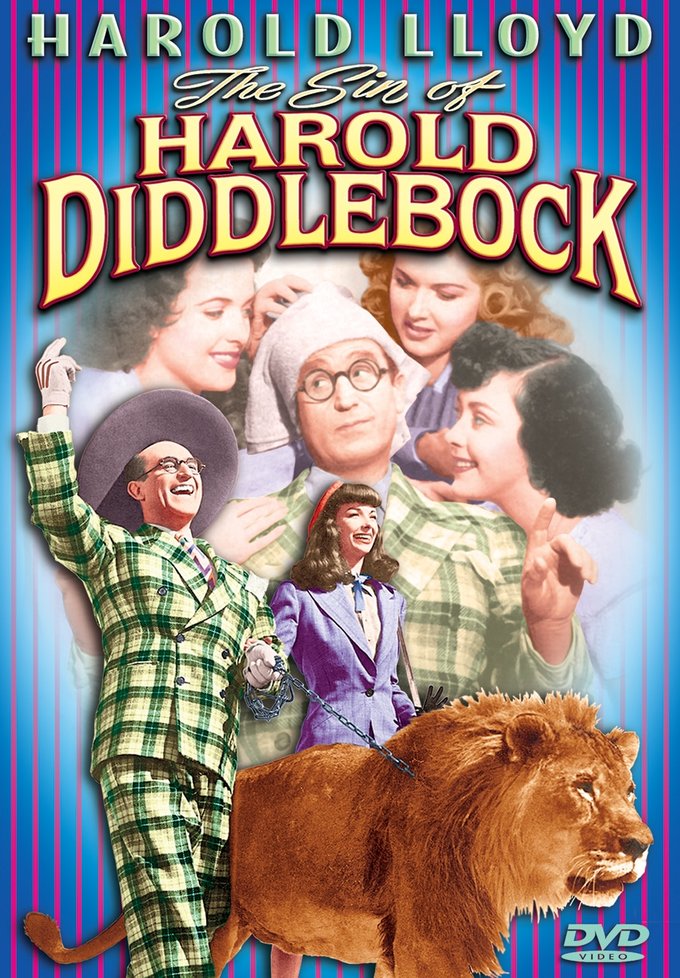 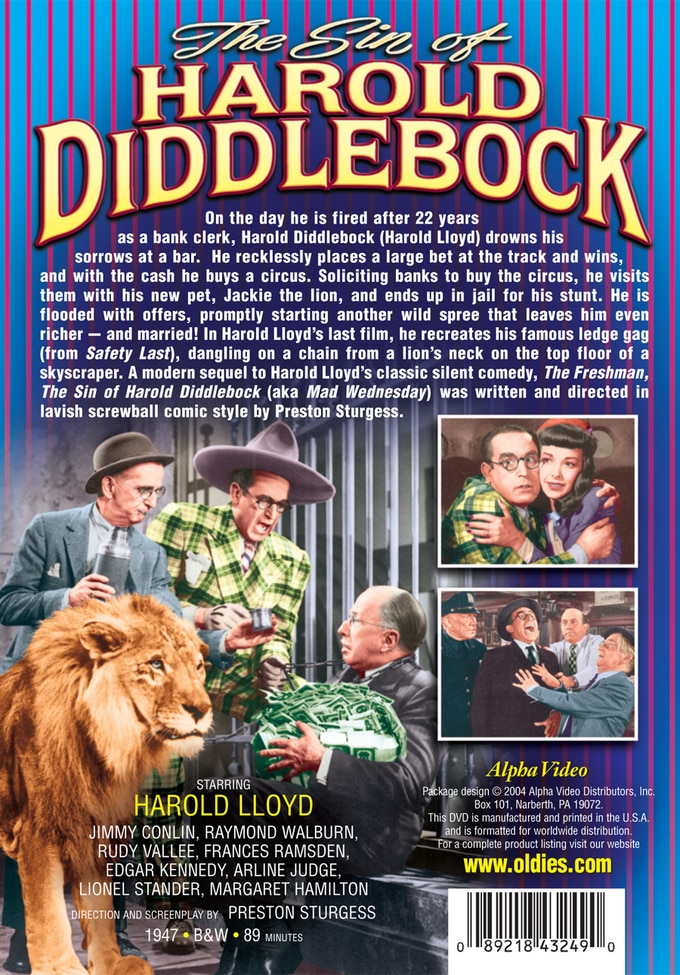 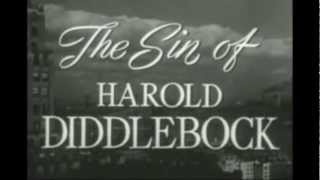 On the day he is fired after 22 years as a bank clerk, Harold Diddlebock (Harold Lloyd) drowns his sorrows at a bar. He recklessly places a large bet at the track and wins, and with the cash he buys a circus. Soliciting banks to buy the circus, he visits them with his new pet, Jackie the lion, and ends up in jail for his stunt. He is flooded with offers, promptly starting another wild spree that leaves him even richer --- and married!

In Harold Lloyd's last film, he recreates his famous ledge gag (from Safety Last), dangling on a chain from a lion's neck on the top floor of a skyscraper. A modern sequel to Harold Lloyd's classic silent comedy, The Freshman, The Sin of Harold Diddlebock (aka Mad Wednesday) was written and directed in lavish screwball comic style by Preston Sturgess.

Directed and written by comic maverick Preston Sturges, this film tells the unlikely story of Harold Diddlebock. Harold, a middle-aged bookkeeper with his glory days far behind him, finds himself fired from his job of twenty years. After a drunken spree and a series of hilarious and unforeseeable events, Harold finds himself the owner of a bankrupt circus. THE SIN OF HAROLD DIDDLEBOCK is considered actor Harold Lloyd's most hilarious work in the postsilent film days. See MAD WEDNESDAY for producer Howard Hughes's edited version, released nine years later.

Preston Sturges writes and directs this zany comedy in which the viewer catches up with the character of Harold Diddlebock 20 years after his triumphs as a first-year man on the football field in the film THE FRESHMAN. Harold has become a mild-mannered clerk who dreams about marrying the girl at the desk down the aisle. But losing his job destroys that dream, and when he finds a particularly potent drink at his local bar, he goes on a very strange and funny rampage, with lion in tow, which culminates in him becoming the proud and unanticipated owner of a bankrupt circus--a fascinating idea of updating Lloyd's 1920s character to show what's happened to that go-getter. THE SIN OF HAROLD DIDDLEBOCK (also known as MAD WEDNESDAY), produced by Howard Hughes, is considered to contain the actor Harold Lloyd's most hilarious work in the postsilent film days. Lloyd also was resposible for performing all his own stunts. The film is filled with great gags, including some raucous skyscraper antics performed memorably by the quirky sophisticated characters from Sturges's stock company.