This hilarious tale of a mild-mannered milkman who is mistaken for a big-time prize-fighter is a screwball classic. 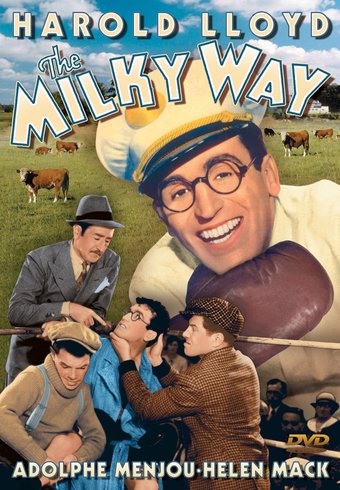 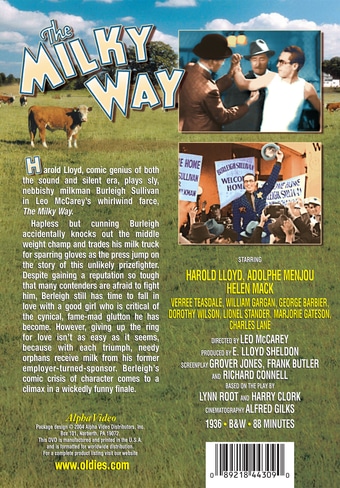 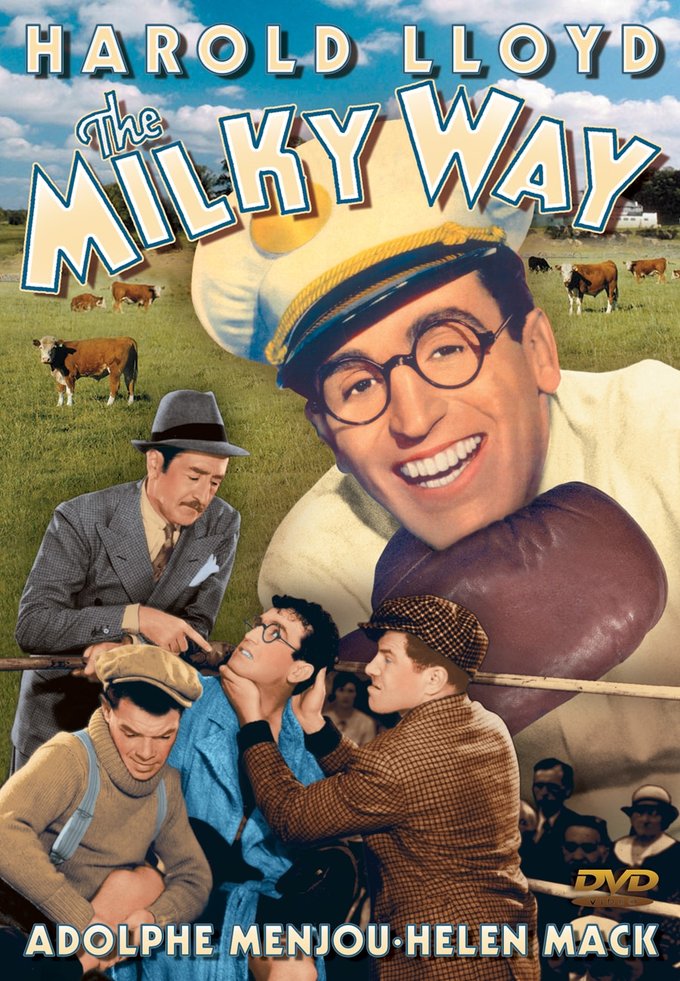 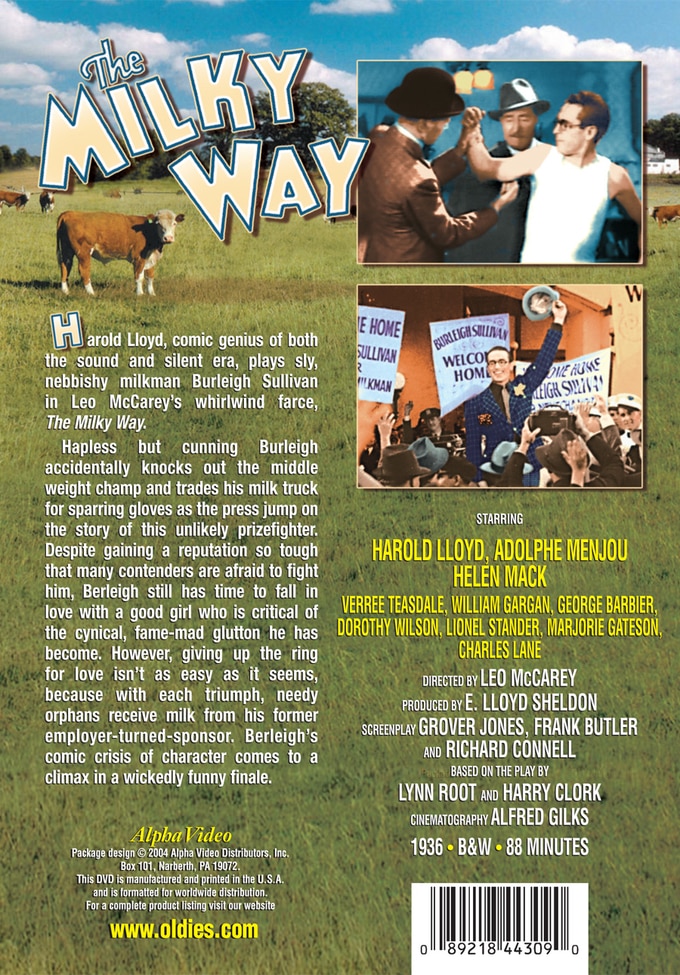 Hapless but cunning Burleigh accidentally knocks out the middle weight champ and trades his milk truck for sparring gloves as the press jump on the story of this unlikely prizefighter. Despite gaining a reputation so tough that many contenders are afraid to fight him, Berleigh still has time to fall in love with a good girl who is critical of the cynical, fame-mad glutton he has become. However, giving up the ring for love isn't as easy as it seems, because with each triumph, needy orphans receive milk from his former employer-turned-sponsor. Berleigh's comic crisis of character comes to a climax in a wickedly funny finale.

Director Leo McCarey's charmingly funny THE MILKY WAY stars the fabulous silent-film comedian Harold Lloyd in one of his first talkies. Softie milkman Burleigh Sullivan (Lloyd) ducks at just the right moment during a brawl, and the avoided punch knocks out champion boxer Speed MacFarlane, setting Sullivan in the spotlight as a new boxing wonder. The champ's tricky manager takes control of the PR disaster, trains the milkman in a series of marvelously comic episodes, fixes easy wins in the ring, and finally sets Sullivan up against the champ in an event that will prove once and for all who the real champ is. Too bad nice guy Sullivan doesn't realize he's being set up....

McCarey puts his smoothly comic touch to work in this delightful physical comedy in which ducking is more powerful than swinging. Though remade with Danny Kaye as THE KID FROM BROOKLYN in 1946, this gem featuring Harold Lloyd demonstrates the great physicality and fun this action actor, frequently compared to Buster Keaton, brought to his work.

Burleigh Sullivan is a wimpy, harmless milkman whose life is transformed after he accidentally KOs a boxing champ and gets signed by a nefarious fight promoter.

Classic | Scams And Cons | Vintage | Recommended
This product is made-on-demand by the manufacturer using DVD-R recordable media. Almost all DVD players can play DVD-Rs (except for some older models made before 2000) - please consult your owner's manual for formats compatible with your player. These DVD-Rs may not play on all computers or DVD player/recorders. To address this, the manufacturer recommends viewing this product on a DVD player that does not have recording capability.

Customer Rating:
Based on 1993 ratings.


This is one of the great "lost" comedies -- directed by Leo McCarey about the same time he did "Duck Soup" with the Marx Brothers. Harold Lloyd is good -- this is absolutely the best talkie he made -- but the real star is Adolphe Menjou, as the fight manager. Big laughs all the way through. (One of the reasons no one knows about this movie is because Sam Goldwyn took it off the market when he made an inferior Danny Kaye re-make called "The Kid From Brooklyn" in the 40's).