A deadly fire-worshiping cult terrorizes the citizenry of an Indian village. 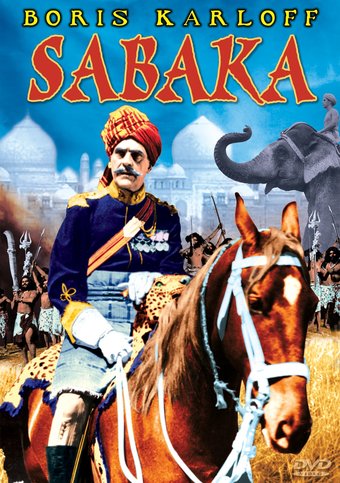 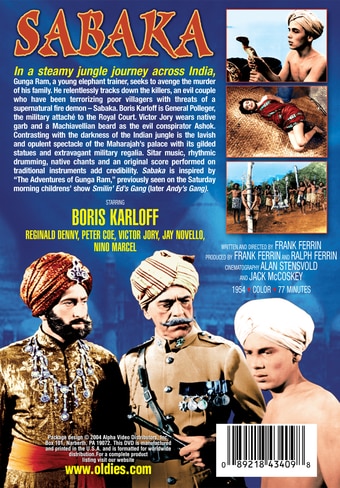 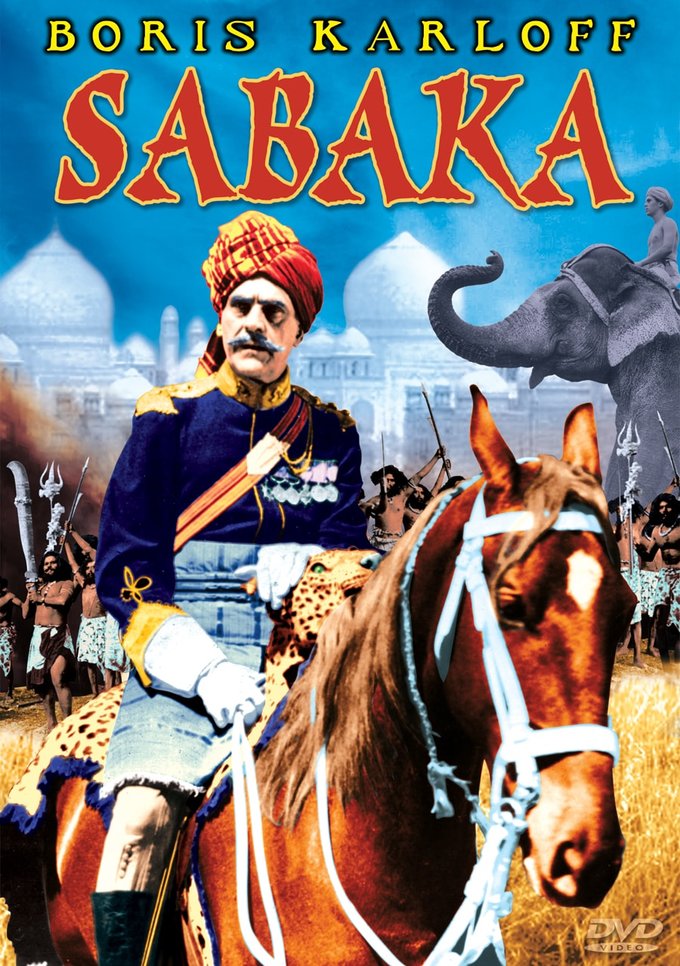 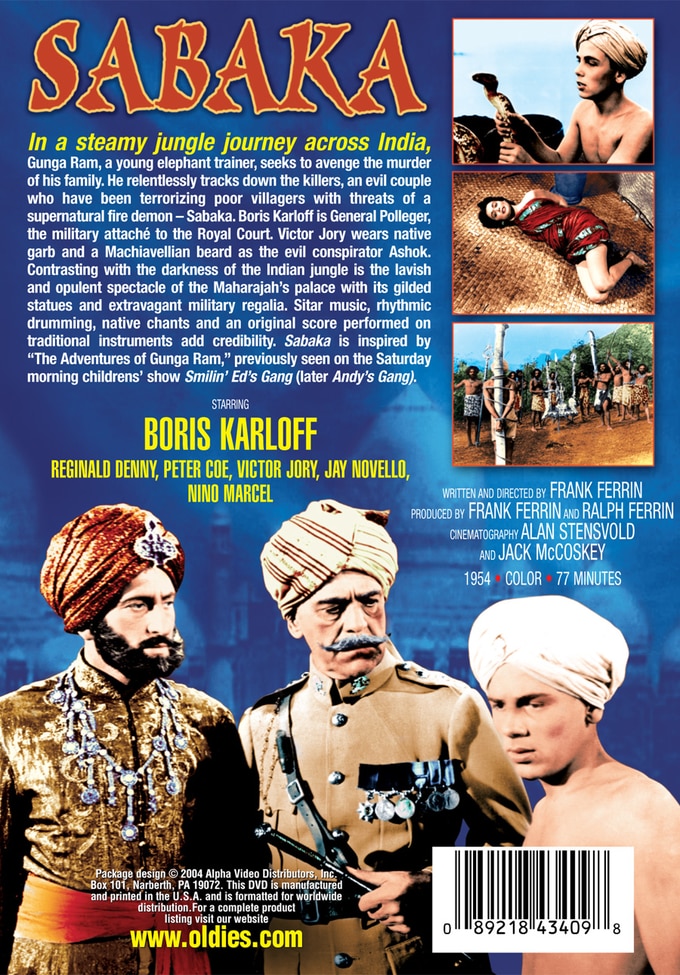 In a steamy jungle journey across India, Gunga Ram, a young elephant trainer, seeks to avenge the murder of his family. He relentlessly tracks down the killers, an evil couple who have been terrorizing poor villagers with threats of a supernatural fire demon - Sabaka. Boris Karloff is General Polleger, the military attache to the Royal Court. Victor Jory wears native garb and a Machiavellian beard as the evil conspirator Ashok. Contrasting with the darkness of the Indian jungle is the lavish and opulent spectacle of the Maharajah's palace with its gilded statues and extravagant military regalia. Sitar music, rhythmic drumming, native chants and an original score performed on traditional instruments add credibility. Sabaka is inspired by "The Adventures of Gunga Ram," previously seen on the Saturday morning childrens' show "Smilin' Ed's Gang" (later "Andy's Gang").

A man is drawn into a weird Indian cult that worships a fire demon. A.K.A. "The Hindu."

Occult | Theatrical Release
This product is made-on-demand by the manufacturer using DVD-R recordable media. Almost all DVD players can play DVD-Rs (except for some older models made before 2000) - please consult your owner's manual for formats compatible with your player. These DVD-Rs may not play on all computers or DVD player/recorders. To address this, the manufacturer recommends viewing this product on a DVD player that does not have recording capability.

There Will Be Blood
$6.50 Super Savings
Add to Cart