A courageous cowboy interferes with criminals plans to rob a bank. 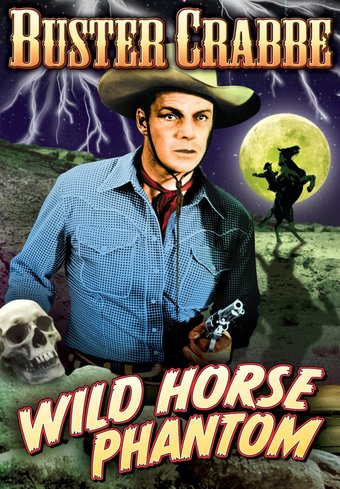 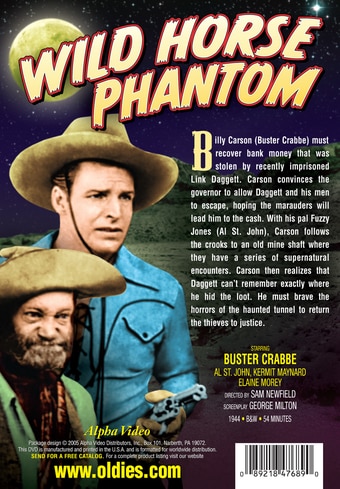 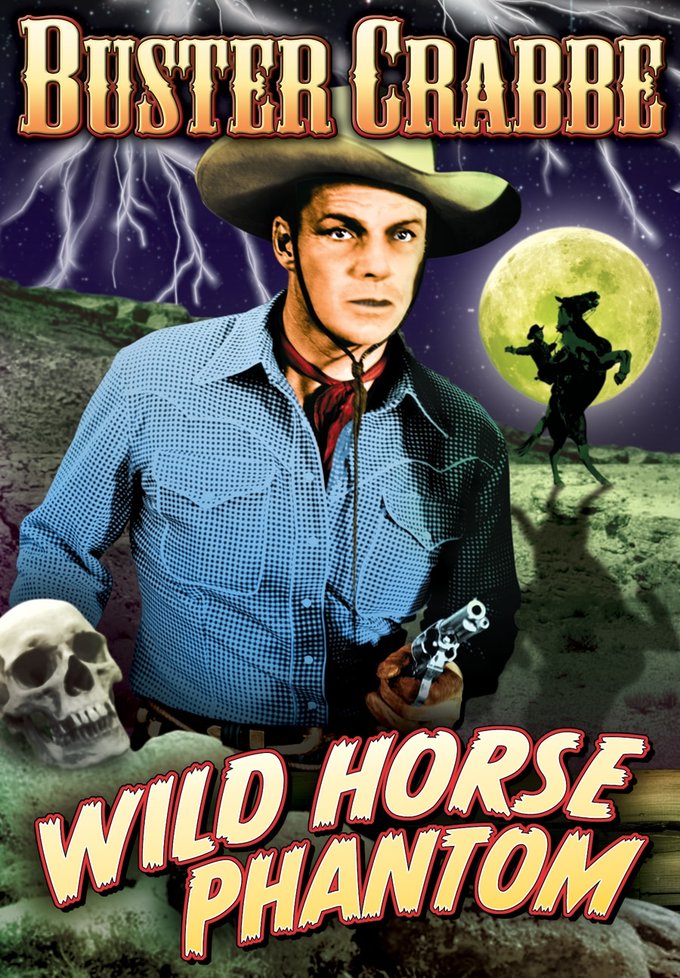 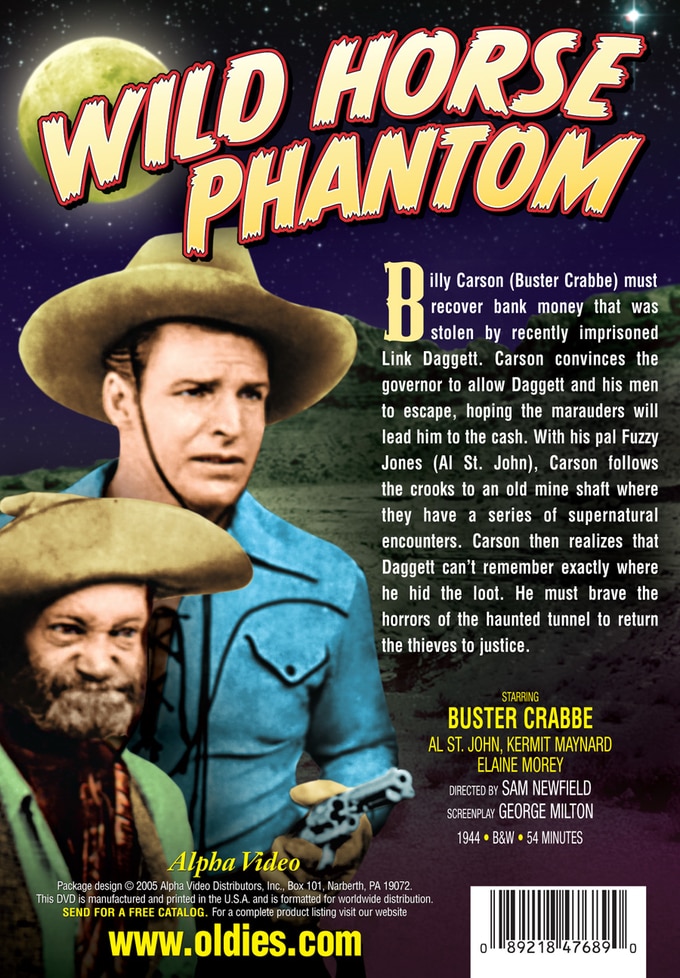 Billy Carson (Buster Crabbe) must recover bank money that was stolen by recently imprisoned Link Daggett. Carson convinces the governor to allow Daggett and his men to escape, hoping the marauders will lead him to the cash. With his pal Fuzzy Jones (Al St. John), Carson follows the crooks to an old mine shaft where they have a series of supernatural encounters. Carson then realizes that Daggett can't remember exactly where he hid the loot. He must brave the horrors of the haunted tunnel to return the thieves to justice.

Starring Buster Crabb, WILD HORSE PHANTOM is a western-themed crime caper which sees Crabbe hunting down some stolen money. A harebrained scheme is concocted as two prisoners are allowed to escape from jail in the hope that they'll lead the police to the loot. But some strange events unfold as a mysterious haunted tunnel causes some supernatural mayhem to break out.

Customer Rating:
Based on 129 ratings.


This film is very enjoyable with a new twist upon the legend of Billy the Kid, The actors work very well together and story lines good.