The great Charles Laughton vividly brings to life the most infamous pirate ever to sail the seven seas; lots of action adventure and intrigue. 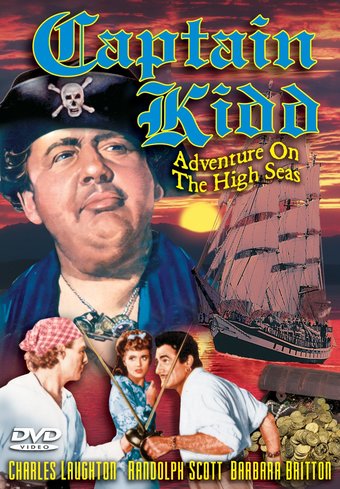 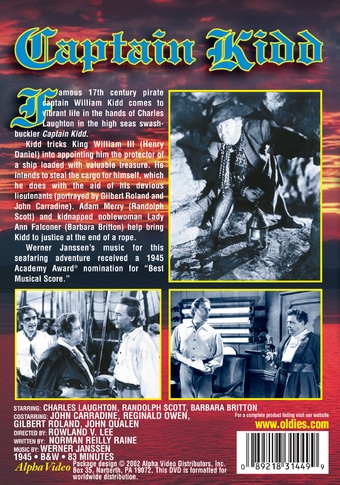 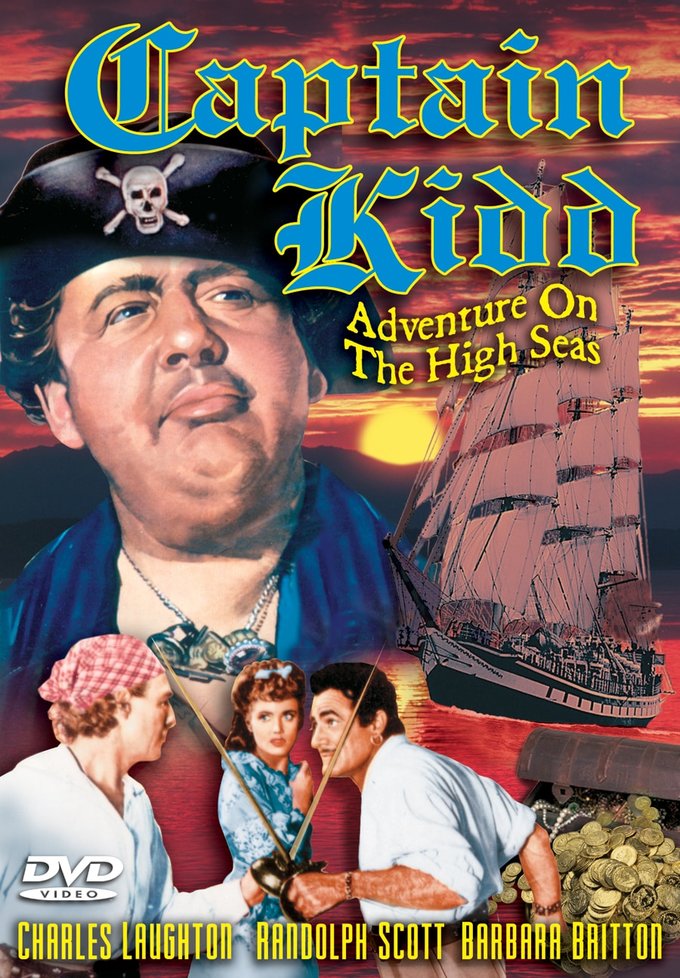 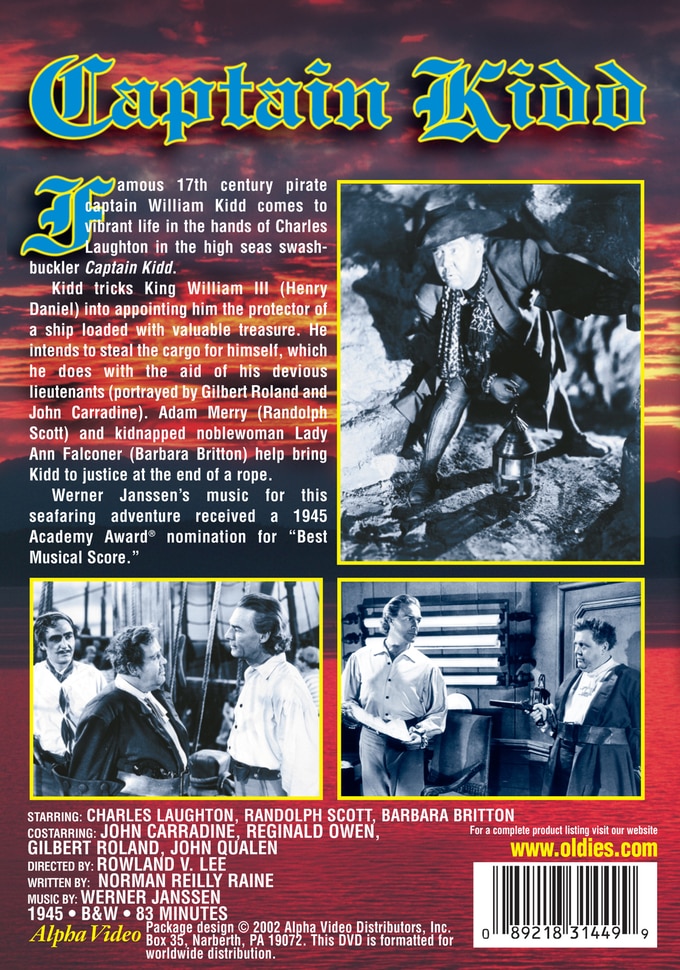 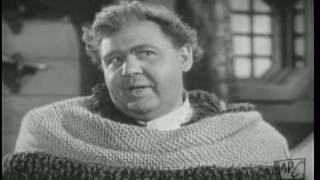 Kidd tricks King William III (Henry Daniel) into appointing him the protector of a ship loaded with valuable treasure. He intends to steal the cargo for himself, which he does with the aid of his devious lieutenants (portrayed by Gilbert Roland and John Carradine). Adam Merry (Randolph Scott) and kidnapped noblewoman Lady Ann Falconer (Barbara Britton) help bring Kidd to justice at the end of a rope.

Captain Kidd, a ruthless pirate, schemes to escort a treasure ship bound from India to England. Laughton plays the famous pirate, a role he repeated with Abbott and Costello in 1952. Academy Award Nominations: Best Scoring of a Dramatic or Comedy Picture.

Action | High Seas | Swashbuckler | Pirates
This product is made-on-demand by the manufacturer using DVD-R recordable media. Almost all DVD players can play DVD-Rs (except for some older models made before 2000) - please consult your owner's manual for formats compatible with your player. These DVD-Rs may not play on all computers or DVD player/recorders. To address this, the manufacturer recommends viewing this product on a DVD player that does not have recording capability.

Pirates of the Golden Age Movie Collection (Against All...
$24.90 Super Savings
Add to Cart

Customer Rating:
Based on 3822 ratings.


Charles Laughton plays Capt. Kidd and he does a great job combining his evil black heart with just a touch of mirth. Randolph Scott (whose accent I could never quite figure out) is the "good guy". And Barbara Britten is gorgeous. There's enough action and mayhem to satisfy the meanest pirate or land lubber. It's not great but I'm sure you'll like it.

Avast, pirates be plotting to steal the king's booty Movie Lover: the Jax from California -- September, 13, 2004


Well, it's no "Pirates of the Caribbean", but lots of fun nonetheless. Treacherous, blackhearted Captain Kidd preys on England's treasure-filled ships. While eliminating his old crewmates (to keep their share of the treasure) Kidd hatches a plan to earn himself a noble's title and score some serious booty. The only man who can stop him in Adam Mercy, a sailor with a secret. But you just might root for that vile pirate instead, played with gusto by Charles Laughton. The funniest moments are between Kidd and his hired etiquette coach. Have you ever tried to teach a pirate manners?