A precocious pooch comes to Hollywood to make it as a star, with an All-Star cast helping him along the way. Includes bonus film "Dog Crazy" (1947) starring Sterling Holloway (Comedy, BW) 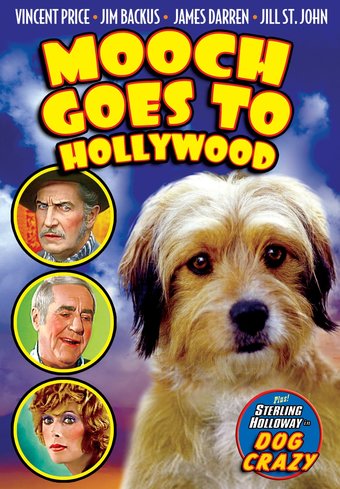 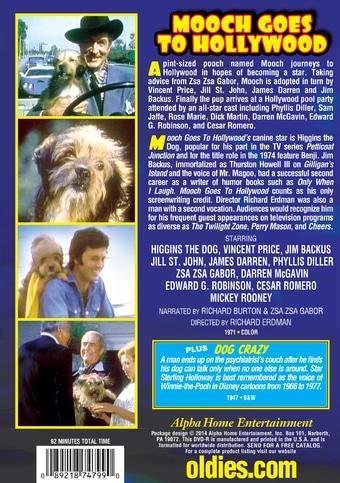 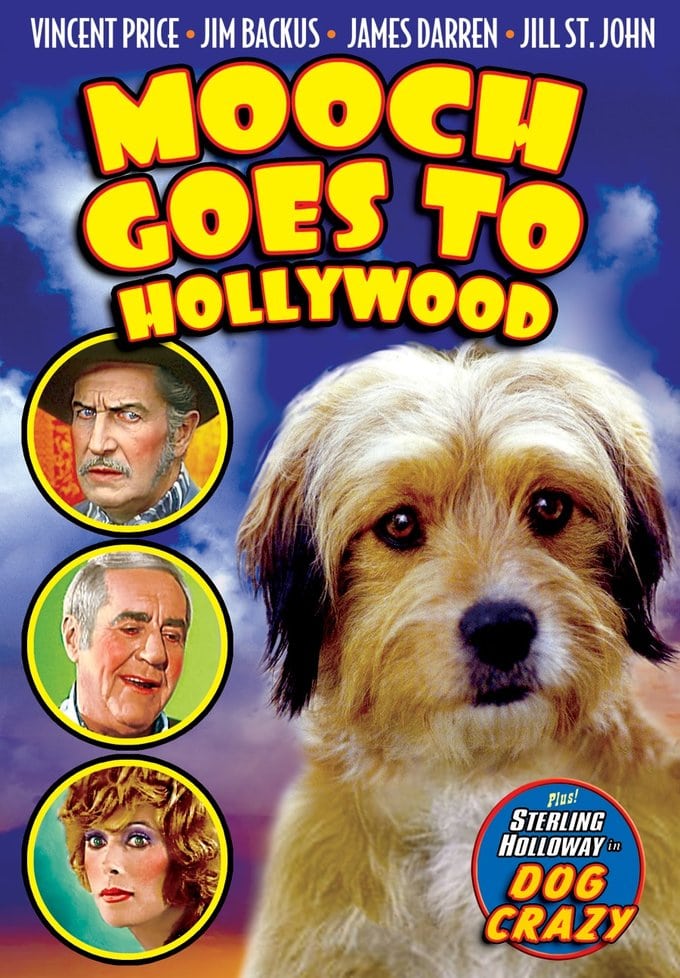 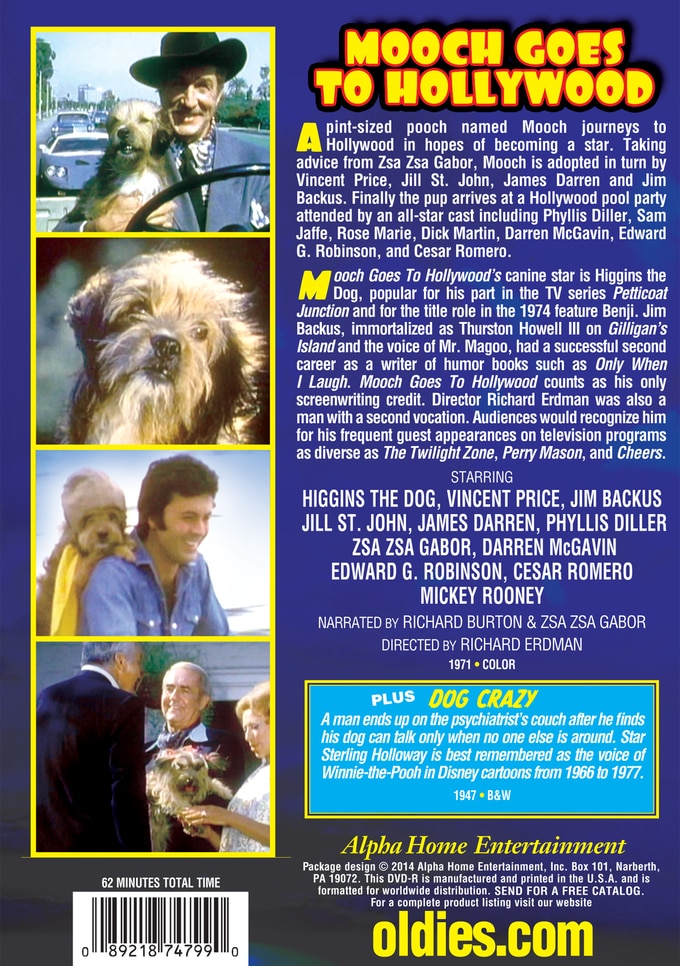 Mooch Goes To Hollywood's canine star is Higgins the Dog, popular for his part in the TV series Petticoat Junction and for the title role in the 1974 feature Benji. Jim Backus, immortalized as Thurston Howell III on Gilligan's Island and the voice of Mr. Magoo, had a successful second career as a writer of humor books such as Only When I Laugh. Mooch Goes To Hollywood counts as his only screenwriting credit. Director Richard Erdman was also a man with a second vocation. Audiences would recognize him for his frequent guest appearances on television programs as diverse as The Twilight Zone, Perry Mason, and Cheers.

Plus
DOG CRAZY (BW, 1947): A man ends up on the psychiatrist's couch after he finds his dog can talk only when no one else is around. Star Sterling Holloway is best remembered as the voice of Winnie-the-Pooh in Disney cartoons from 1966 to 1977.