Racist Europeans try to slaughter Indians as brave frontiersmen try to make peace with the tribes. 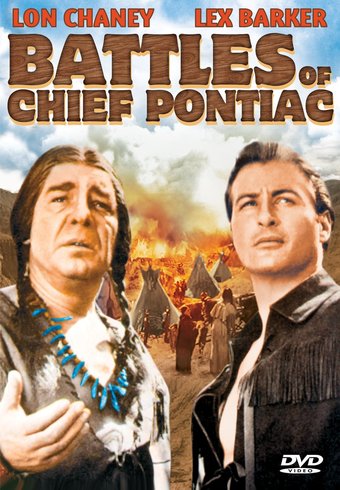 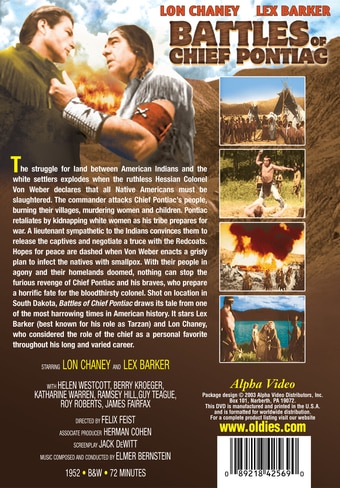 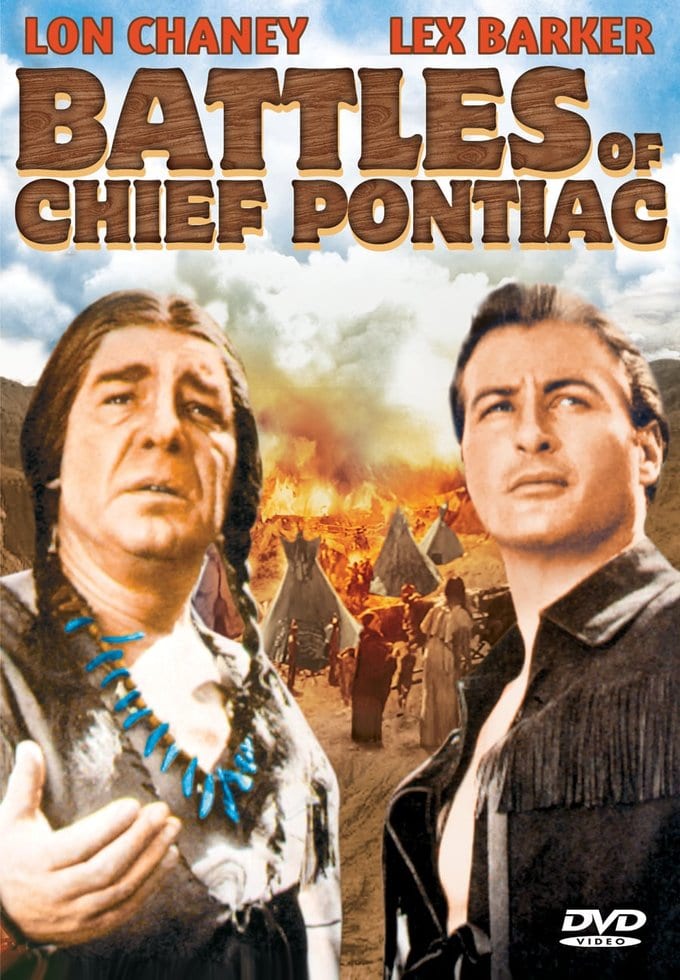 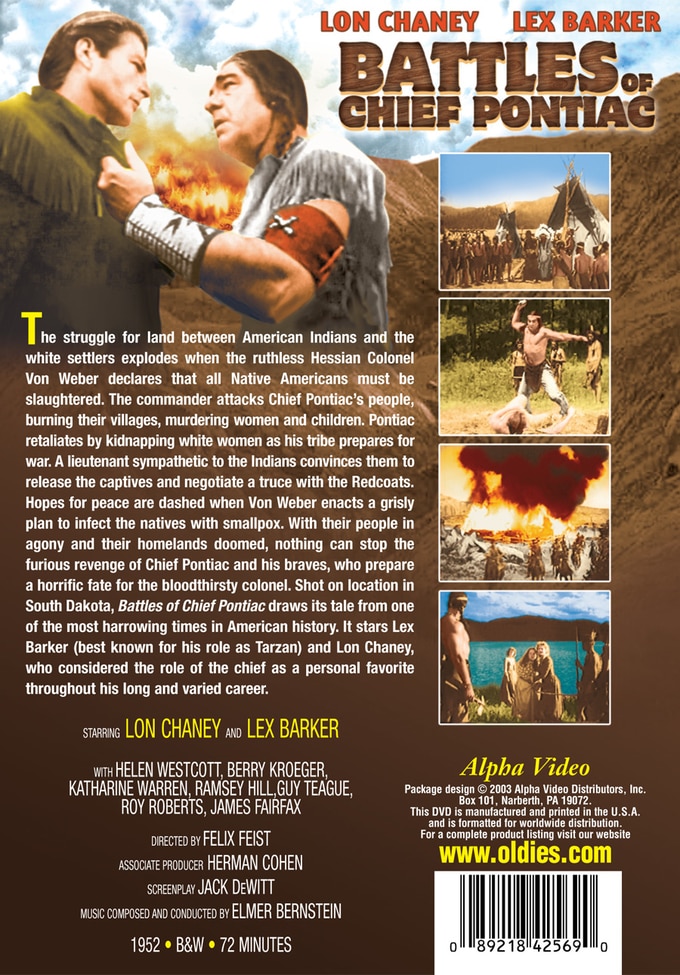 The struggle for land between American Indians and the white settlers explodes when the ruthless Hessian Colonel Von Weber declares that all Native Americans must be slaughtered. The commander attacks Chief Pontiac's people, burning their villages, murdering women and children. Pontiac retaliates by kidnapping white women as his tribe prepares for war. A lieutenant sympathetic to the Indians convinces them to release the captives and negotiate a truce with the Redcoats. Hopes for peace are dashed when Von Weber enacts a grisly plan to infect the natives with smallpox. With their people in agony and their homelands doomed, nothing can stop the furious revenge of Chief Pontiac and his braves, who prepare a horrific fate for the bloodthirsty colonel. Shot on location in South Dakota, Battles of Chief Pontiac draws its tale from one of the most harrowing times in American history. It stars Lex Barker (best known for his role as Tarzan) and Lon Chaney, who considered the role of the chief as a personal favorite throughout his long and varied career.

An 18th-century frontiersman named Kent McIntyre (Barker) is sent by the British to negotiate a peace treaty with Chief Pontiac (Chaney Jr.) but, as expected, the Indian tribe are wary of white-man promises. After the initial unsuccessful mission, McIntyre's commanding officer is replaced by the ruthless Von Webber (Kroeger) who launches a severe anti-Indian policy. A battle commences, during which, in an effort to decimate the Indians, Von Webber gives the tribe smallpox-infested blankets. Eventually, the evil Hessian gets what's coming to him, and peace is restored.

Indians | History | Battles
This product is made-on-demand by the manufacturer using DVD-R recordable media. Almost all DVD players can play DVD-Rs (except for some older models made before 2000) - please consult your owner's manual for formats compatible with your player. These DVD-Rs may not play on all computers or DVD player/recorders. To address this, the manufacturer recommends viewing this product on a DVD player that does not have recording capability.

Customer Rating:
Based on 211 ratings.


One of those low budget productions which with good intentions delivered a good solid story with the aid of some stock footage, even if it didn't all quite fit. Too bad it wasn't on a bigger scale, but still merits watching for various reasons, one of which is that our American colonial period is sadly given far less attention than so many other periods as in comparison to general westerns and WW2 stories on film. After all, this was the start of the making of America.