Gambling With Souls (aka Vice Racket)

A woman is driven to prostitution to pay her gambling debts in this over-the-top morality tale. 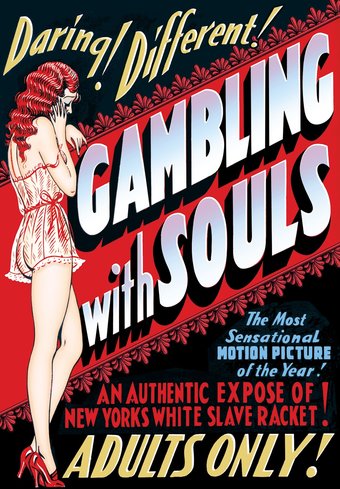 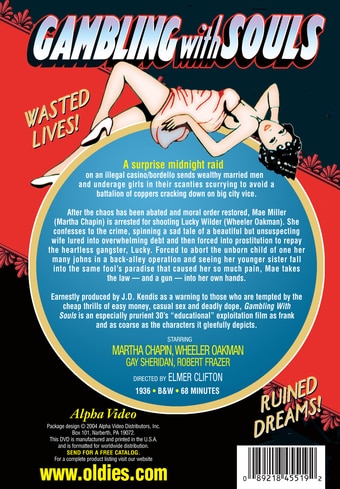 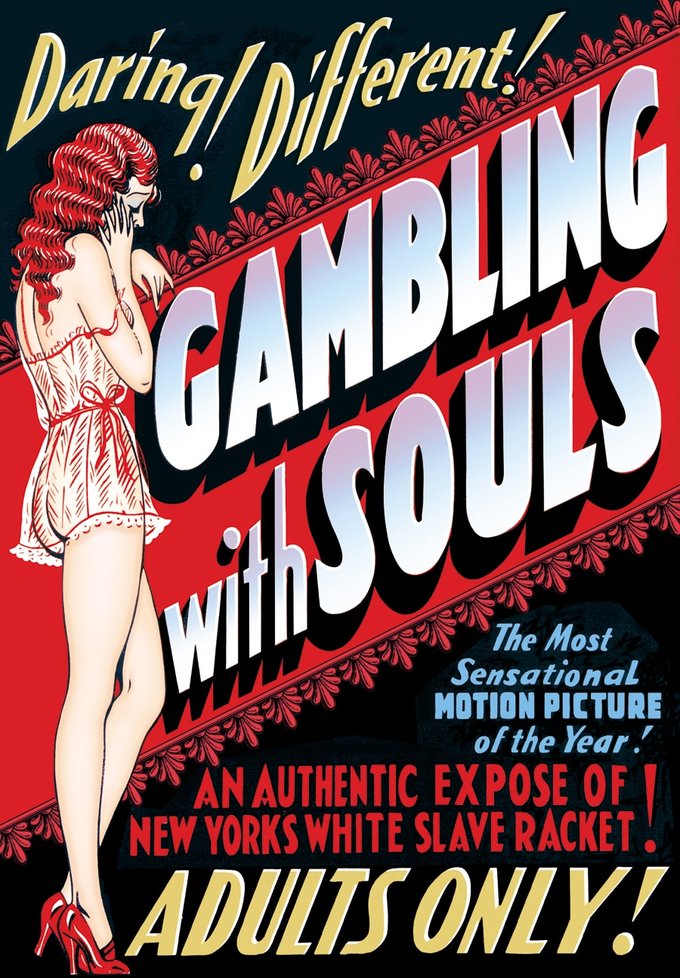 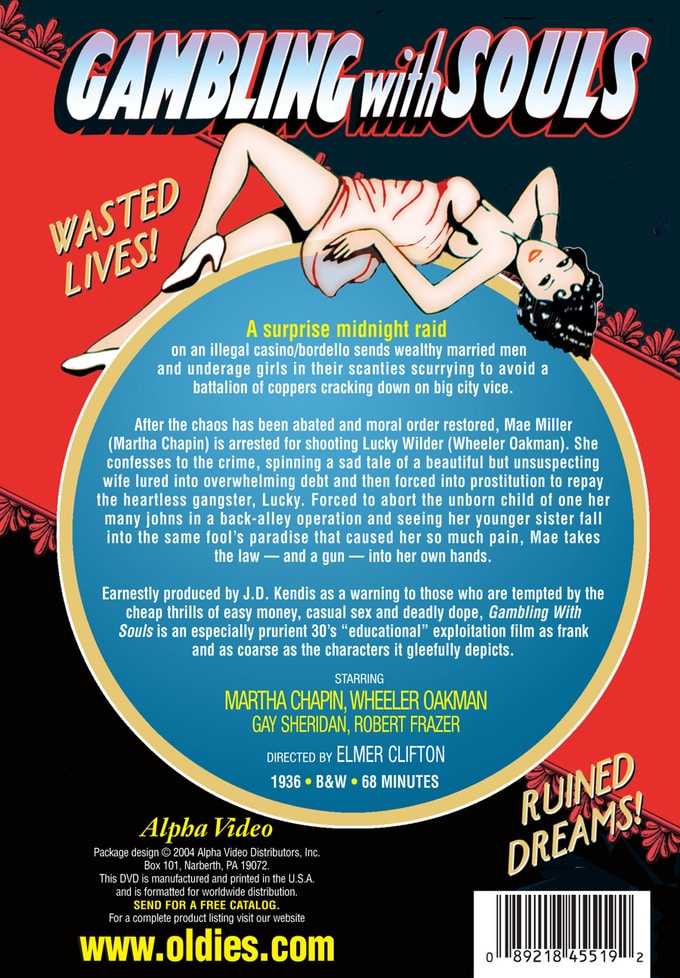 A surprise midnight raid on an illegal casino/bordello sends wealthy married men and underage girls in their scanties scurrying to avoid a battalion of coppers cracking down on big city vice. After the chaos has been abated and moral order restored, Mae Miller (Martha Chapin) is arrested for shooting Lucky Wilder (Wheeler Oakman). She confesses to the crime, spinning a sad tale of a beautiful but unsuspecting wife lured into overwhelming debt and then forced into prostitution to repay the heartless gangster, Lucky. Forced to abort the unborn child of one her many johns in a back-alley operation and seeing her younger sister fall into the same fool's paradise that caused her so much pain, Mae takes the law - and a gun - into her own hands.

Earnestly produced by J.D. Kendis as a warning to those who are tempted by the cheap thrills of easy money, casual sex and deadly dope, Gambling With Souls is an especially prurient 30's "educational" exploitation film as frank and as coarse as the characters it gleefully depicts.

When a bored woman turns to gambling for excitement, she ends up having to pay her debts with the world's oldest profession in this sleazy potboiler.

Customer Rating:
Based on 196 ratings.


One of those gotta-love-'em "we can wallow in as much sleaze as we want if we do it under the guise of teaching you morals" 30's exploitation films. The cops raid a house of doubly-ill repute (gambling and whores) and find one of the call girls standing over a dead gangster (ironically named "Lucky") with a gun in her hand. The cops take her in and bring hin her husband (an upstanding citizen), so she confesses everything "to save other girls from the cruel paradise into which I was lured!" A friend took her to the club and got her hooked on gambling, floor shows, wrestling matches, and spiked drinks. Before long the silly dame was in debt to the mob and was forced into prostitution, which lead to other miseries and unlucky Lucky getting his comeuppance, the dirty rat. There's a lot of girls running around in their big ol' '30's skivvies, but it's all to instruct you how wrong debauchery is. Yep. Entertaining sleaze, with just about all the bases covered - s*x, violence, substance abuse, back-alley abortion, the works.