They Raid By Night

An American spy behind enemy lines is betrayed by a cold-blooded woman. 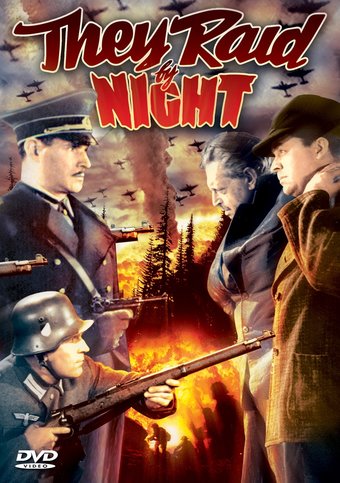 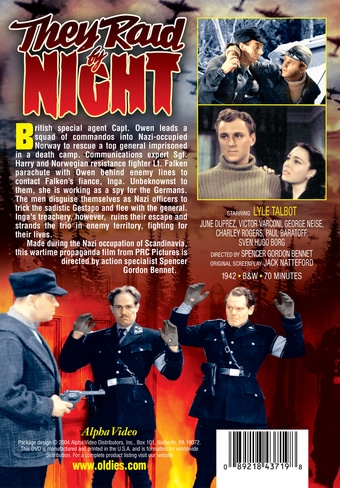 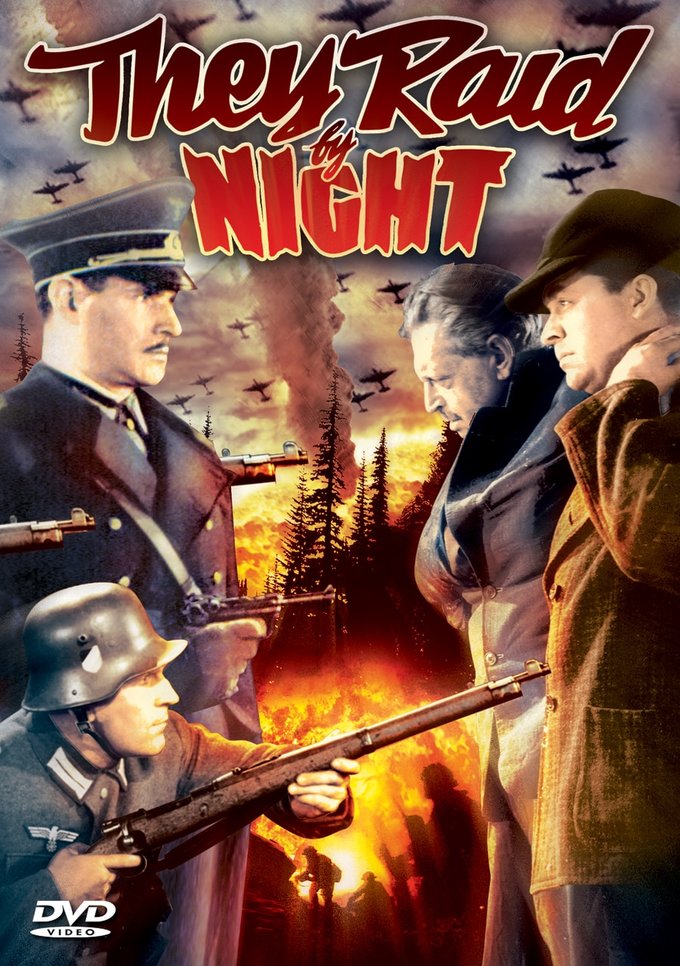 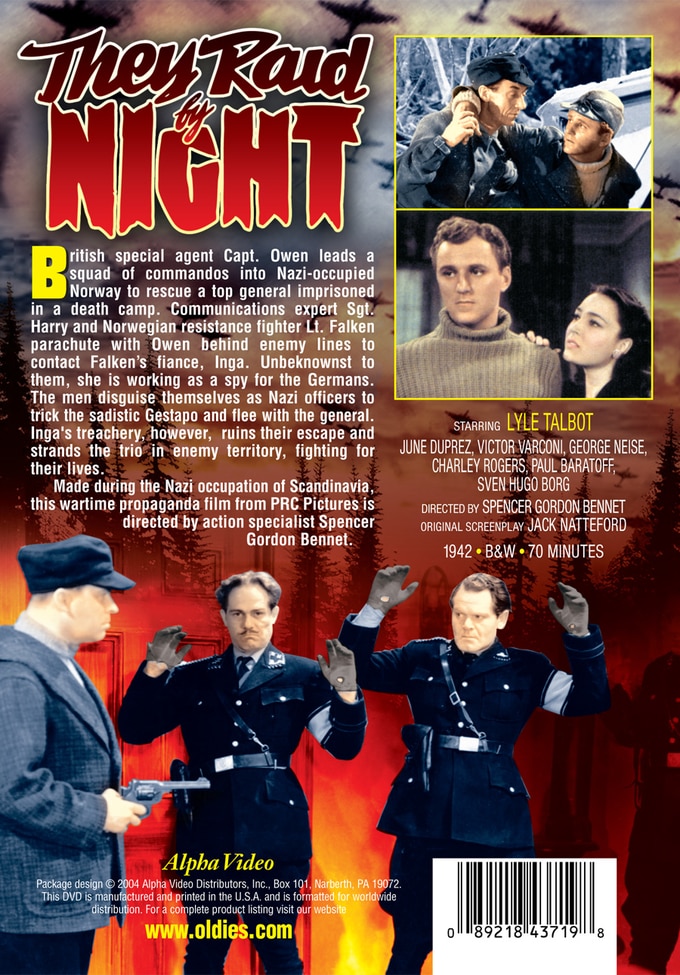 British special agent Capt. Owen leads a squad of commandos into Nazi-occupied Norway to rescue a top general imprisoned in a death camp. Communications expert Sgt. Harry and Norwegian resistance fighter Lt. Falken parachute with Owen behind enemy lines to contact Falken's fiance, Inga. Unbeknownst to them, she is working as a spy for the Germans. The men disguise themselves as Nazi officers to trick the sadistic Gestapo and flee with the general. Inga's treachery, however, ruins their escape and strands the trio in enemy territory, fighting for their lives.

Made during the Nazi occupation of Scandinavia, this wartime propaganda film from PRC Pictures is directed by action specialist Spencer Gordon Bennet.

In this dramatic World War II action film, Bob Owen (Lyle Talbot) finds himself on a mission in Norway for the British Army to rescue a general (Paul Baratoff) held hostage by Nazis. Along with his support team, Bob readies himself for the raid, but his ex-fiancee Inga (June Duprez), now involved with the evil Oberst Von Ritter, discloses their secret location. The ensuing chaos, as the men complete their mission, deal with Inga's betrayal, and run from the Nazis, makes for a thrilling piece of war-era cinematic history.

Action | British | War | World War II | Rescue | Nazis | WWII
This product is made-on-demand by the manufacturer using DVD-R recordable media. Almost all DVD players can play DVD-Rs (except for some older models made before 2000) - please consult your owner's manual for formats compatible with your player. These DVD-Rs may not play on all computers or DVD player/recorders. To address this, the manufacturer recommends viewing this product on a DVD player that does not have recording capability.

Customer Rating:
Based on 277 ratings.


This is a typical low budget World War II movie about a commando operation in German occupied Norway. Lyle Talbot plays the commander of the operation and somehow he just doesn't seem like the type to lead such an adventure. Be sure to catch his closing little speech, so jungoistic it's almost humorous. Well, the good guys are good guys and the bad guys are really evil and that what makes it so typical. And, of course, the good guys when and make fools out of the badies.