An enigmatic scientist transforms a man into a hideous, inhuman creature in this tribute to the classic "Quatermass" series from writer-director Joshua Kennedy. Plus: The award-winning stop-motion short "The Beast from Twenty Zillion Years Ago". 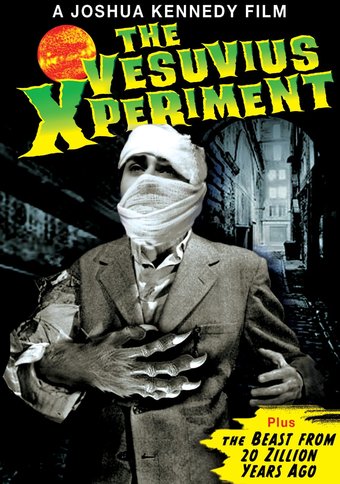 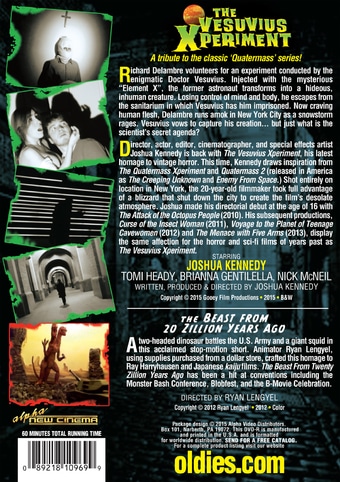 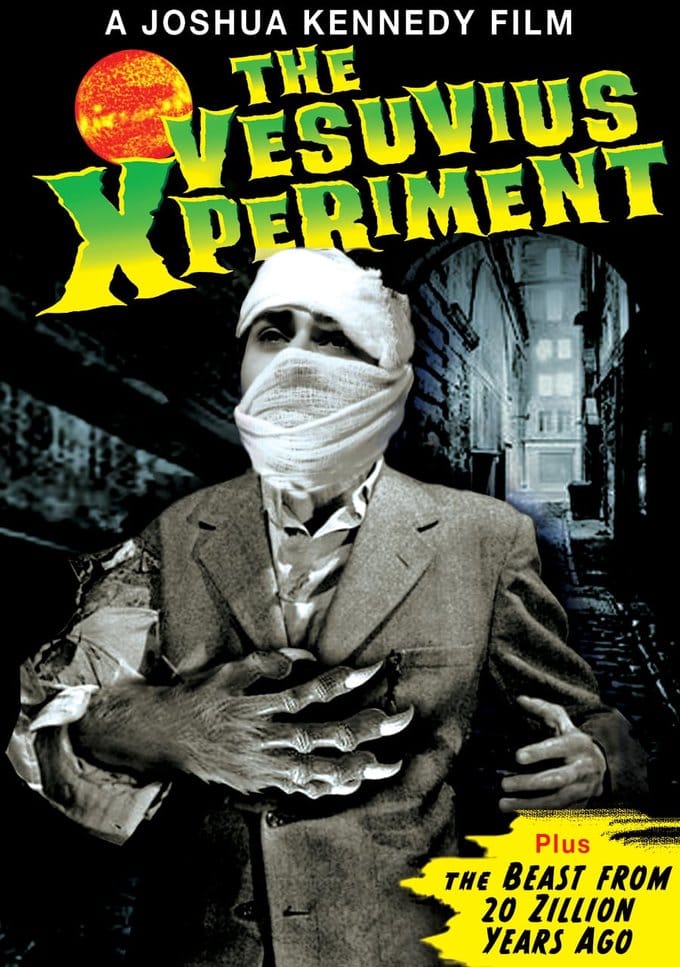 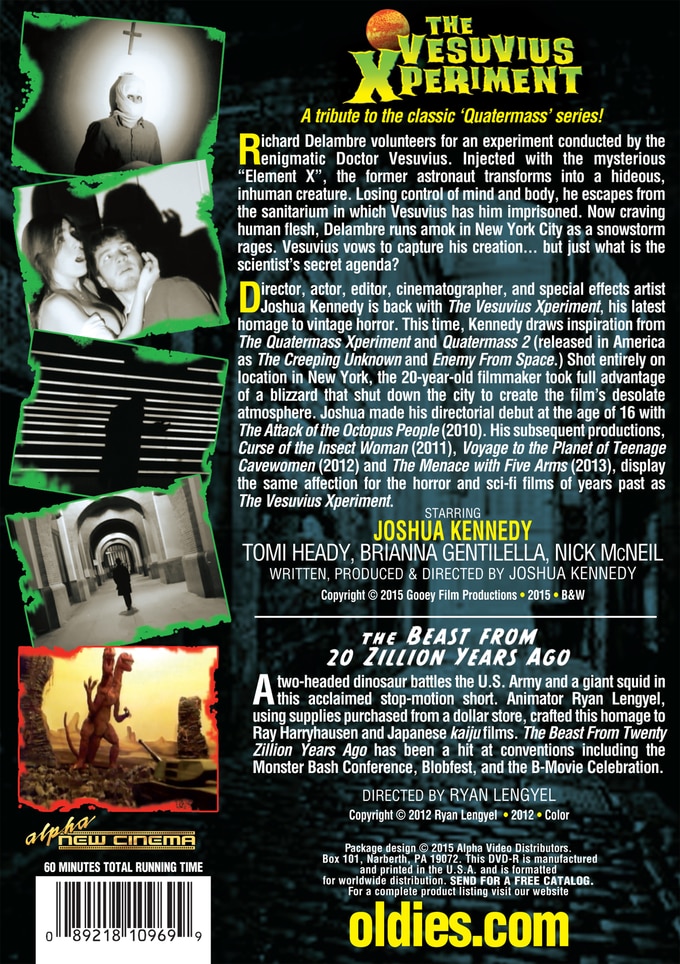 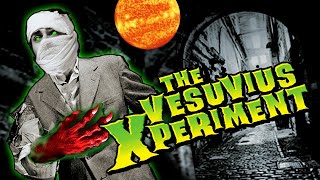 A tribute to the classic 'Quatermass' series!

Richard Delambre volunteers for an experiment conducted by the enigmatic Doctor Vesuvius. Injected with the mysterious "Element X", the former astronaut transforms into a hideous, inhuman creature. Losing control of mind and body, he escapes from the sanitarium in which Vesuvius has him imprisoned. Now craving human flesh, Delambre runs amok in New York City as a snowstorm rages. Vesuvius vows to capture his creation...but just what is the scientist's secret agenda?

Director, actor, editor, cinematographer, and special effects artist Joshua Kennedy is back with The Vesuvius Xperiment, his latest homage to vintage horror. This time, Kennedy draws inspiration from The Quatermass Xperiment and Quatermass 2 (released in America as The Creeping Unknown and Enemy From Space.) Shot entirely on location in New York, the 20-year-old filmmaker took full advantage of a blizzard that shut down the city to create the film's desolate atmosphere. Joshua made his directorial debut at the age of 16 with The Attack of the Octopus People (2010). His subsequent productions, Curse of the Insect Woman (2011), Voyage to the Planet of Prehistoric Women (2012) and The Menace with Five Arms (2013), display the same affection for the horror and sci-fi films of years past as The Vesuvius Xperiment. Written, Produced & Directed by Joshua Kennedy.

BONUS: The Beast From Twenty Zillion Years Ago (Color, 2012): A two-headed dinosaur battles the U.S. Army and a giant squid in this acclaimed stop-motion short. Animator Ryan Lengyel, using supplies purchased from a dollar store, crafted this homage to Ray Harryhausen and Japanese kaiju films. The Beast From Twenty Zillion Years Ago has been a hit at conventions including the Monster Bash Conference, Blobfest, and the B-Movie Celebration. Directed by Ryan Lengyel.

A First Class Tribute To Classic Hammer Sci-Fi Movie Lover: Tim Durbin from GREENFIELD, IN US -- May, 27, 2016


Fans of the classic movies of Britain's Hammer Films will find much to enjoy in Joshua Kennedy's tribute to the 1956 sci-fi shocker The Quatermass Xperiment, redone as the tale of a brilliant scientist trying to find the link between man and crustacean. If that sounds silly, it's all part of the fun of this production, in which Kennedy himself plays the determined scientist Vesuvius, echoing Brian Donlevy's no-nonsense professor Quatermass in the original film. With a fine baritone voice and utter conviction in his performance, Kennedy makes a memorable lead, and those familiar with the Quatermass film will smile at all the references and how Kennedy adapts its set pieces to his new story.