A Nazi scientist invents a time machine to change the outcome of World War II. A meteor strike turns a space station into a ticking time bomb in this rare TV pilot. Features state-of-the-art special effects. 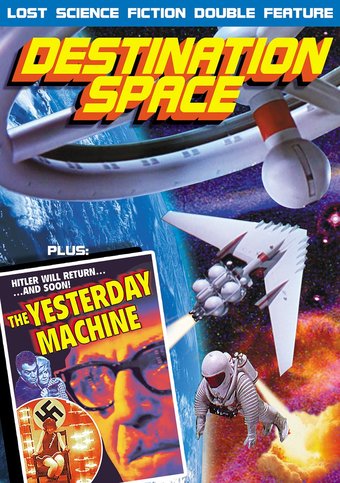 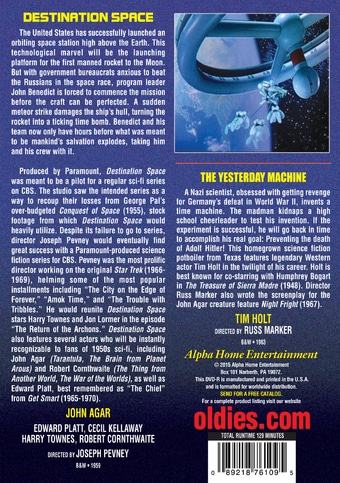 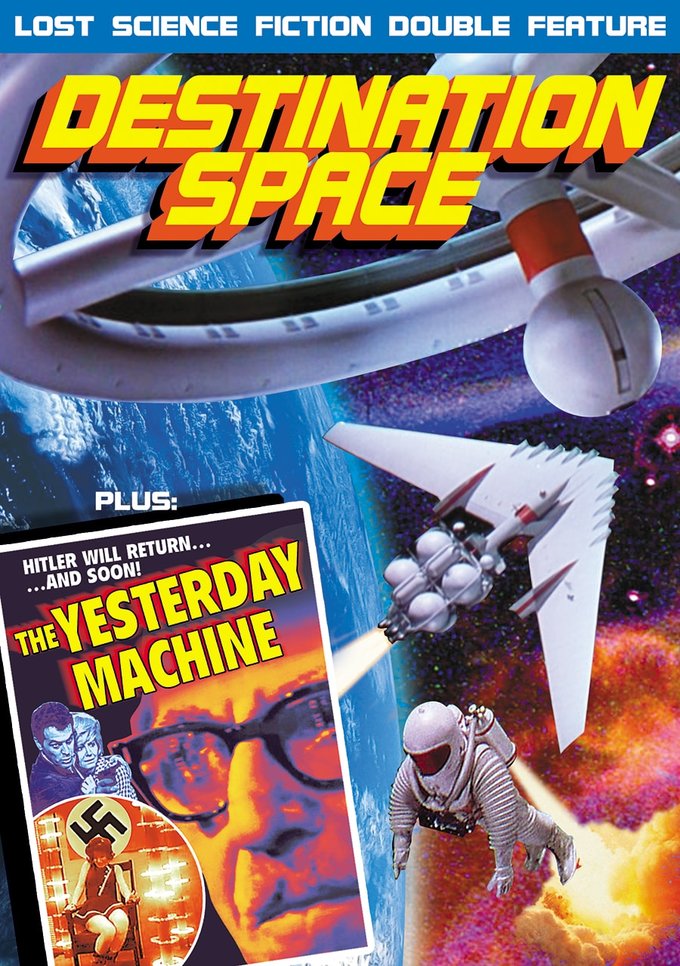 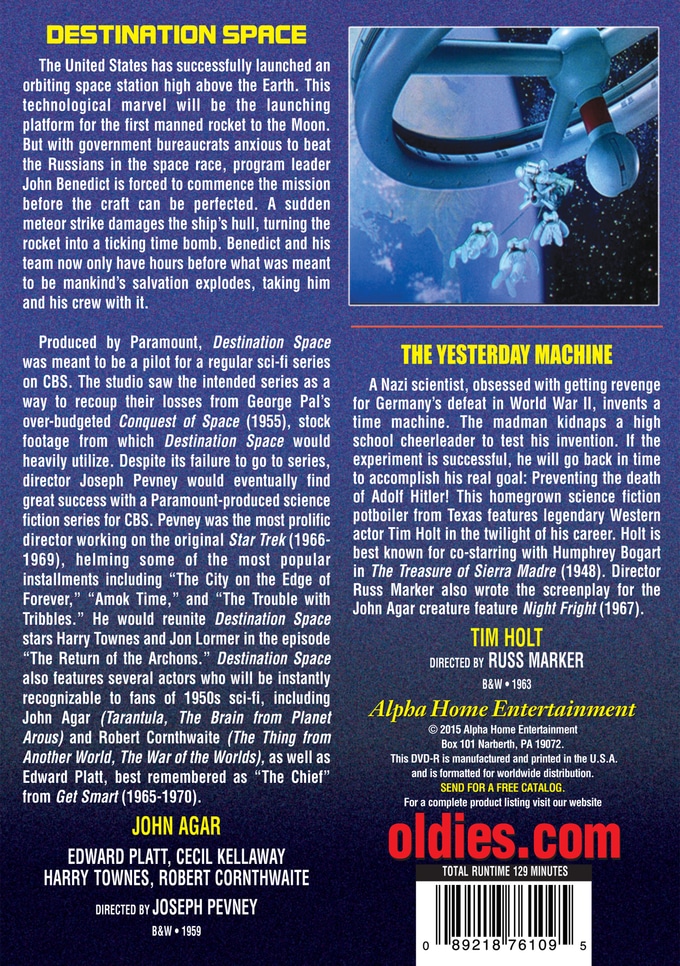 The United States has successfully launched an orbiting space station high above the Earth. This technological marvel will be the launching platform for the first manned rocket to the Moon. But with government bureaucrats anxious to beat the Russians in the space race, program leader John Benedict is forced to commence the mission before the craft can be perfected. A sudden meteor strike damages the ship's hull, turning the rocket into a ticking time bomb. Benedict and his team now only have hours before what was meant to be mankind's salvation explodes, taking him and his crew with it.

Produced by Paramount, Destination Space was meant to be a pilot for a regular sci-fi series on CBS. The studio saw the intended series as a way to recoup their losses from George Pal's over-budgeted Conquest of Space (1955), stock footage from which Destination Space would heavily utilize. Despite its failure to go to series, director Joseph Pevney would eventually find great success with a Paramount-produced science fiction series for CBS. Pevney was the most prolific director working on the original Star Trek (1966-1969), helming some of the most popular installments including "The City on the Edge of Forever", "Amok Time", and "The Trouble with Tribbles". He would reunite Destination Space stars Harry Townes and Jon Lormer in the episode "The Return of the Archons". Destination Space also features several actors who will be instantly recognizable to fans of 1950s sci-fi, including John Agar (Tarantula, The Brain from Planet Arous) and Robert Cornthwaite (The Thing from Another World, The War of the Worlds), as well as Edward Platt, best remembered as "The Chief" from Get Smart (1965-1970).

PLUS: The Yesterday Machine (BW, 1963): A Nazi scientist, obsessed with getting revenge for Germany's defeat in World War II, invents a time machine. The madman kidnaps a high school cheerleader to test his invention. If the experiment is successful, he will go back in time himself to accomplish his real goal: Preventing the death of Adolf Hitler! This homegrown science fiction potboiler from Texas features legendary Western actor Tim Holt in the twilight of his career. Holt is best known for co-starring with Humphrey Bogart in The Treasure of Sierra Madre (1948). Director Russ Marker also wrote the screenplay for the John Agar creature feature Night Fright (1967).


John Benedict (Harry Townes) has more than his share of problems. As the head of the United States Space Agency (Actually, by this time NASA had come into being but the program did not use that nomenclature.), he is faced with the problems of new technology and the hostile environment of outer space. His girlfriend is understanding but wishes he would spend more time with her and less time in his huge wheel-shaped space station. A Senate committee has questioned the efficacy of his multi-billion dollar facility in space and has appointed an independent observer to appraise Benedict’s space wheel. And, the wife of Benedict’s chief pilot and friend has the hots for Benedict.
Certainly, enough plot possibilities exist for a long-running series; however, CBS did not pick up the proposed series based on this pilot. CBS instead chose Men into Space, a William Lundigan vehicle that emphasized the action/adventure aspects of space travel.
The special effects of Destination Space are far superior to those of other TV programs of that era since, as stated in the description, these illusions are taken from George Pal’s movie Conquest of Space. Still, they looked better in color in the theatrical movie.
Some online reviews complain about the verbosity and limited action in this pilot. One can understand that this is a pilot and is trying to develop the characters.
I am not a stickler for details in science fiction/fantasy. I do not mind that most movie and TV space rockets of the early ’50s were really V-2s. I do not mind that dinosaurs on some deserted island are from both the Jurassic and Cretaceous periods or that the island would have to be as big as Britain to accompany a population of those animals. One thing, however, bothered me about the special effects in Destination Space: as Benedict and the independent observer Dr. Easton (Edward Platt) are waiting for their trip to the space station, film of an Atlas rocket (such as used in project Mercury) is shown as their launch vehicle; however, when they arrive, Benedict and Easton are in a space shuttle compliments of Conquest of Space.
The Yesterday Machine is a very low budget movie. Although it is not good, it is watchable. A young couple’s car breaks down on their way to a football game. When they go on foot off road seeking help, they are fired on by Confederate soldiers.
The young man is wounded by a Civil War era bullet and is treated at a local hospital. The location of the young woman is unknown.
SPOILER ALERT: A newspaper reporter, sensing a story, cancels his vacation plans and pursues the story with the young woman’s older sister. They discover a Nazi scientist who is experimenting with time travel hoping to bring back The Third Reich and Hitler.