History is written by the winners. 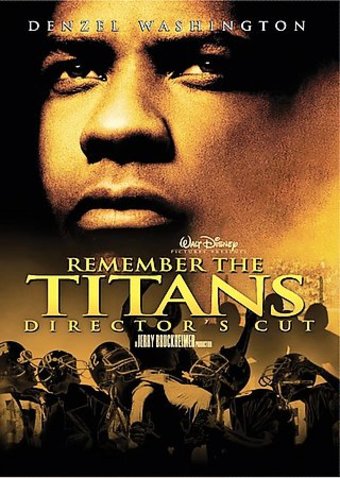 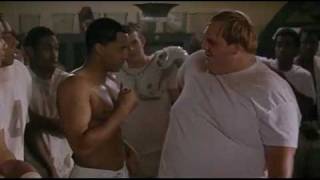 While on the surface, high school football may seem like an innocent game played by the young, for the young, it is, in fact, much, much more. For millions, including many fans who are well removed from their high school years but who love to sit in those creaky bleachers every Friday night/Saturday morning, it is something akin to a religion. Director Boaz Yakin's REMEMBER THE TITANS captures the heart of high school football while tackling the sins of its fathers, chronicling the true story of the undefeated 1971 T.C. Williams team of Alexandria, Virginia, which was the first integrated high school team in the state.

Denzel Washington brings his ever-powerful presence to the role of coach Herman Boone, who is brought in to oversee the transition to integration. Though Boone is eventually successful as a coach, the townspeople dissaprove of him because he replaces the popular, entrenched former coach, Bill Yoast (Will Patton). At first, coach Yoast resents being supplanted, while coach Boone is told that his promotion was just for show--to help the integration--and that he's likely to be lifted if the team loses a game. Will the coaches and players be able to overcome their adversity and make T.C. Williams a beacon for integration in sports' Those viewers who follow history already know the answer. But REMEMBER THE TITANS portrays the story and delivers the inspirational result with a passion and glory that will warm the hearts of all those dedicated high school football fans who continue to bring pride to the sport.