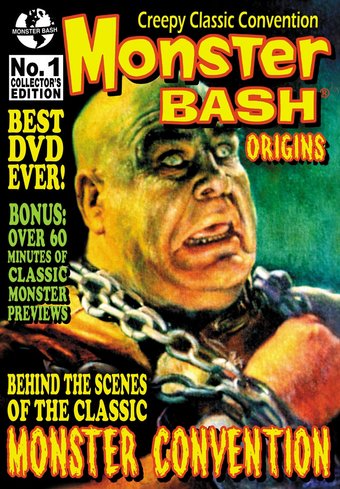 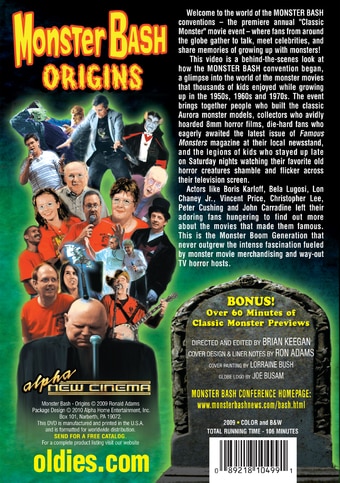 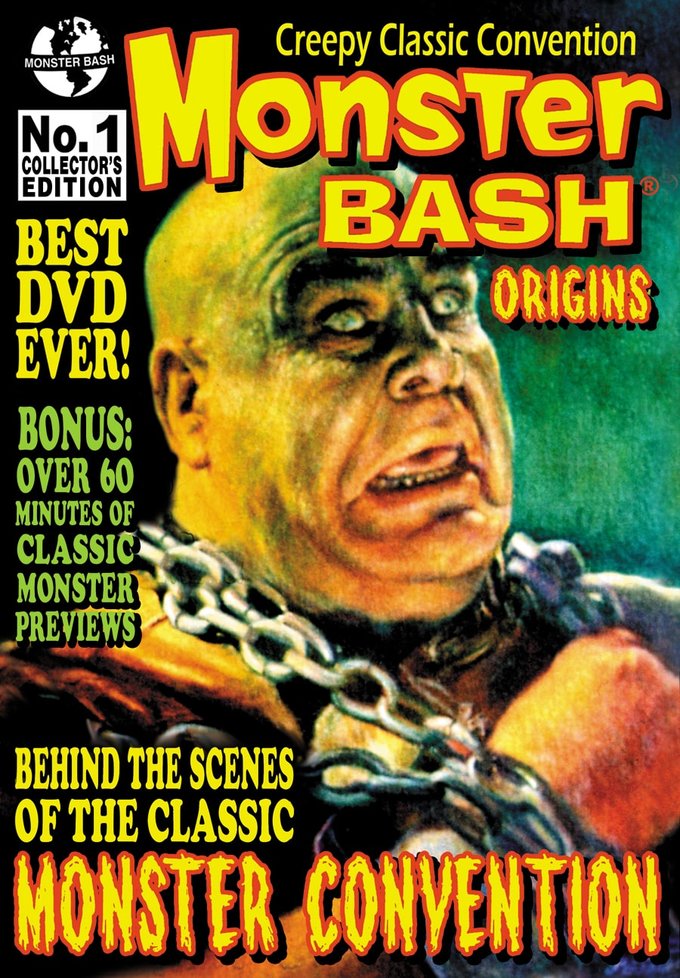 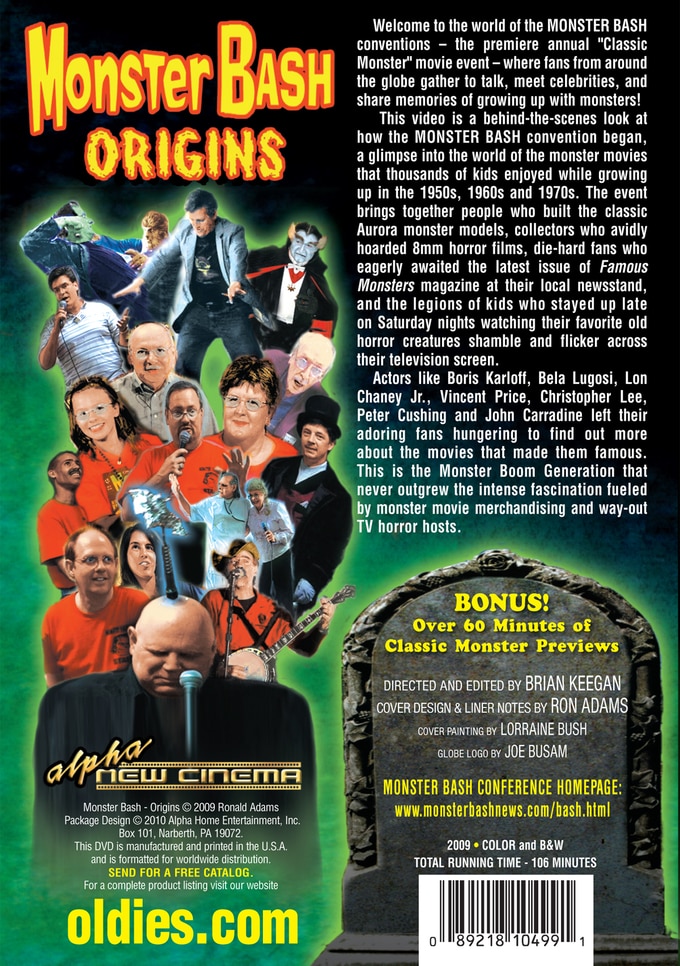 Welcome to the world of the Monster Bash conventions - the premiere annual "Classic Monster" movie event - where fans from around the globe gather to talk, meet celebrities, and share memories of growing up with monsters!

This video is a behind-the-scenes look at how the Monster Bash convention began, a glimpse into the world of the monster movies that thousands of kids enjoyed while growing up in the 1950s, 1960s and 1970s. The event brings together people who built the classic Aurora monster models, collectors who avidly hoarded 8mm horror films, die-hard fans who eagerly awaited the latest issue of Famous Monsters magazine at their local newsstand, and the legions of kids who stayed up late on Saturday nights watching their favorite old horror creatures shamble and flicker across their television screen.

Actors like Boris Karloff, Bela Lugosi, Lon Chaney Jr., Vincent Price, Christopher Lee, Peter Cushing and John Carradine left their adoring fans hungering to find out more about the movies that made them famous. This is the Monster Boom Generation that never outgrew the intense fascination fueled by monster movie merchandising and way-out TV horror hosts.

BONUS! Over 60 Minutes of Classic Monster Previews
This product is made-on-demand by the manufacturer using DVD-R recordable media. Almost all DVD players can play DVD-Rs (except for some older models made before 2000) - please consult your owner's manual for formats compatible with your player. These DVD-Rs may not play on all computers or DVD player/recorders. To address this, the manufacturer recommends viewing this product on a DVD player that does not have recording capability.