The story of Hammer Films, "The Studio that Dripped Blood," as told by its' stars and creators. 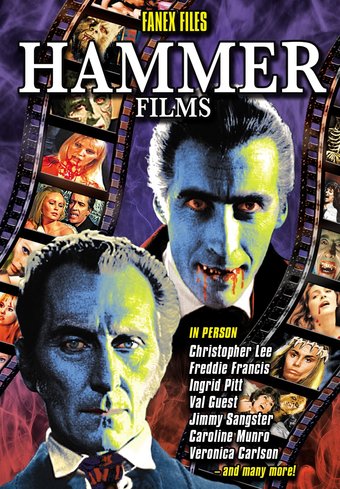 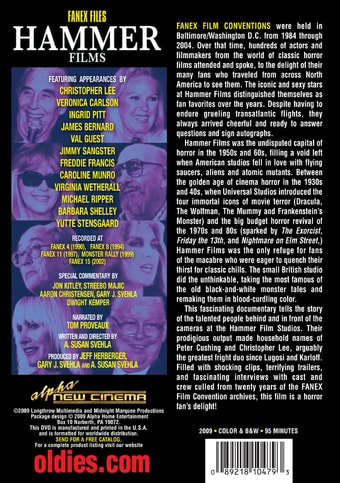 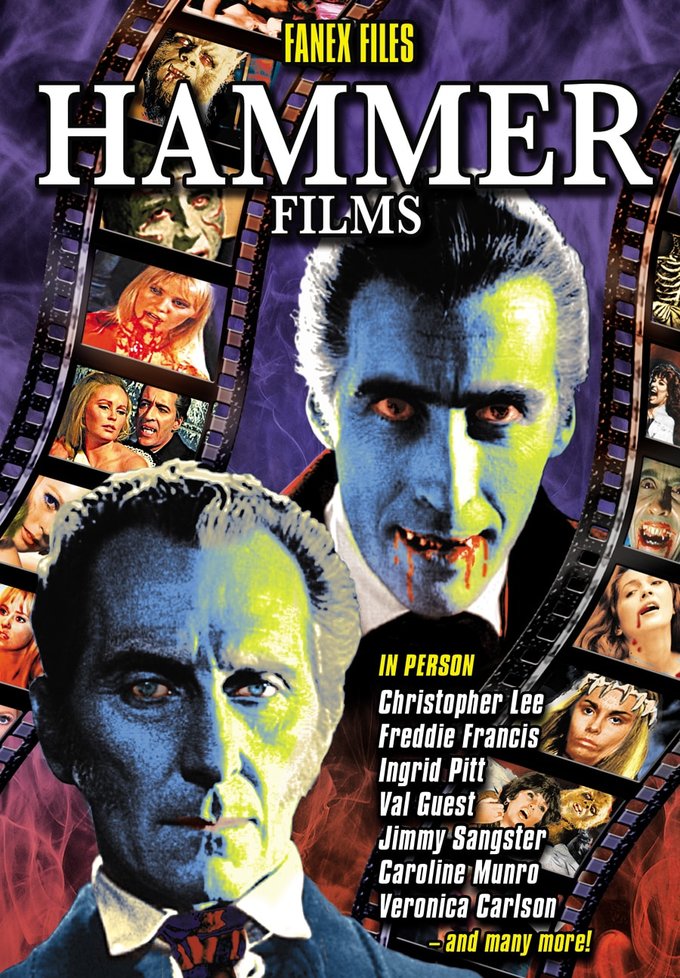 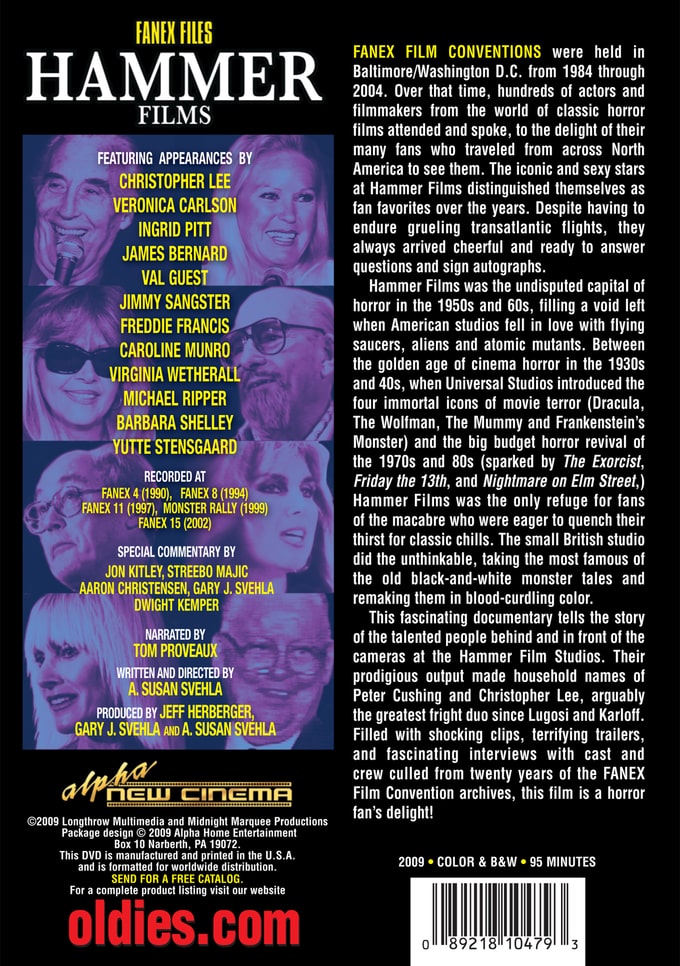 FANEX Film Conventions were held in Baltimore/Washington D.C. from 1984 through 2004. Over that time, hundreds of actors and filmmakers from the world of classic horror films attended and spoke, to the delight of their many fans who traveled from across North America to see them. The iconic and sexy stars at Hammer Films distinguished themselves as fan favorites over the years. Despite having to endure grueling transatlantic flights, they always arrived cheerful and ready to answer questions and sign autographs.

Hammer Films was the undisputed capital of horror in the 1950s and 60s, filling a void left when American studios fell in love with flying saucers, aliens and atomic mutants. Between the golden age of cinema horror in the 1930s and 40s, when Universal Studios introduced the four immortal icons of movie terror (Dracula, The Wolfman, The Mummy and Frankenstein's Monster) and the big budget horror revival of the 1970s and 80s (sparked by The Exorcist, Friday the 13th, and Nightmare on Elm Street,) Hammer Films was the only refuge for fans of the macabre who were eager to quench their thirst for classic chills. The small British studio did the unthinkable, taking the most famous of the old black-and-white monster tales and remaking them in blood-curdling color.

This fascinating documentary tells the story of the talented people behind and in front of the cameras at the Hammer Film Studios. Their prodigious output made household names of Peter Cushing and Christopher Lee, arguably the greatest fright duo since Lugosi and Karloff. Filled with shocking clips, terrifying trailers, and fascinating interviews with cast and crew culled from twenty years of the FANEX Film Convention archives, this film is a horror fan's delight!

British | Documentary | Film About Film | Movie Stars | Actors | Filmmakers | Filmmaking | Film History | Horror Movies
This product is made-on-demand by the manufacturer using DVD-R recordable media. Almost all DVD players can play DVD-Rs (except for some older models made before 2000) - please consult your owner's manual for formats compatible with your player. These DVD-Rs may not play on all computers or DVD player/recorders. To address this, the manufacturer recommends viewing this product on a DVD player that does not have recording capability.

Sandokan the Great
$10
Add to Cart