In Search of Dracula

A startling and well-researched documentary on the origins of Count Dracula. 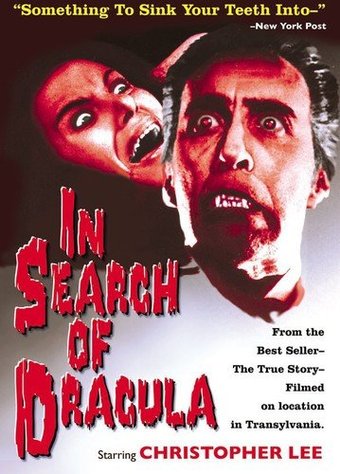 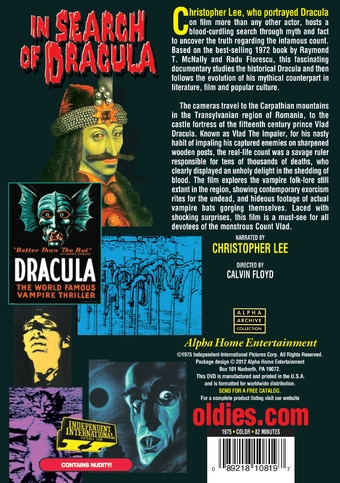 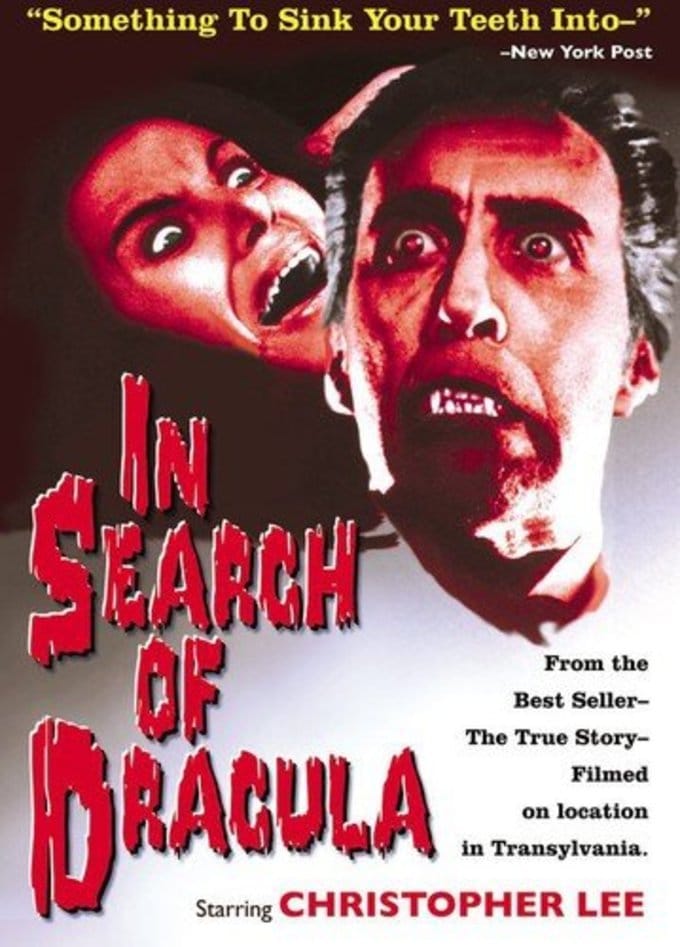 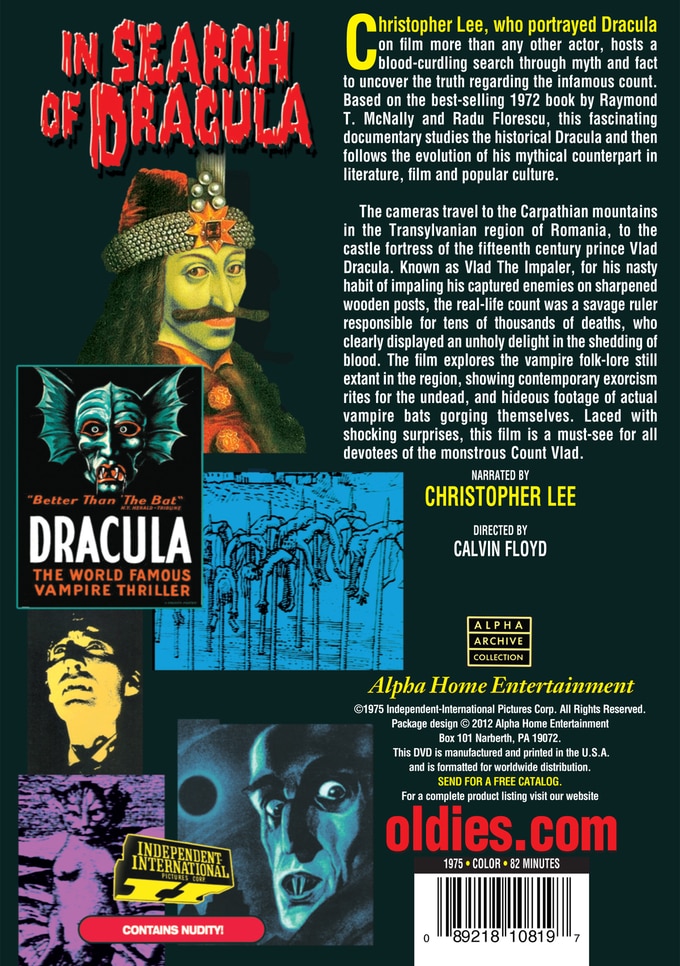 Christopher Lee, who portrayed Dracula on film more than any other actor, hosts a blood-curdling search through myth and fact to uncover the truth regarding the infamous count. Based on the best-selling 1972 book by Raymond T. McNally and Radu Florescu, this fascinating documentary studies the historical Dracula and then follows the evolution of his mythical counterpart in literature, film and popular culture.

The cameras travel to the Carpathian mountains in the Transylvanian region of Romania, to the castle fortress of the fifteenth century prince Vlad Dracula. Known as Vlad The Impaler, for his nasty habit of impaling his captured enemies on sharpened wooden posts, the real-life count was a savage ruler responsible for tens of thousands of deaths, who clearly displayed an unholy delight in the shedding of blood. The film explores the vampire folk-lore still extant in the region, showing contemporary exorcism rites for the undead, and hideous footage of actual vampire bats gorging themselves. Laced with shocking surprises, this film is a must-see for all devotees of the monstrous Count Vlad.

Narrated by Christopher Lee, IN SEARCH OF DRACULA is an investigation into the legend of the vampire. Looking at the story's origins, this unique documentary delves into both the story of Bram Stoker's Dracula and the man who inspired Dracula, Vlad the Impaler. Also featuring film clips and a reenactment of the true story of a young man who drank his own blood, IN SEARCH OF DRACULA is a fascinating documentary about the world's most famous vampire.

Mystery | Suspense | Thriller | Vampires | Documentary
This product is made-on-demand by the manufacturer using DVD-R recordable media. Almost all DVD players can play DVD-Rs (except for some older models made before 2000) - please consult your owner's manual for formats compatible with your player. These DVD-Rs may not play on all computers or DVD player/recorders. To address this, the manufacturer recommends viewing this product on a DVD player that does not have recording capability.

The League of Extraordinary Gentlemen
$5.80 Super Savings
Add to Cart

28%off
Vampire in Brooklyn
$6.50 Super Savings
Add to Cart

16%off
The Forbidden Kingdom
$8.40 Super Savings
Add to Cart