H. Rider Haggard's classic tale of an undying queen from a lost world is brought to life in this rarely-seen silent version featuring intertitles by the author himself. 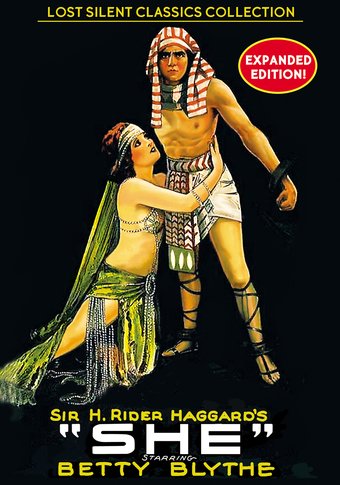 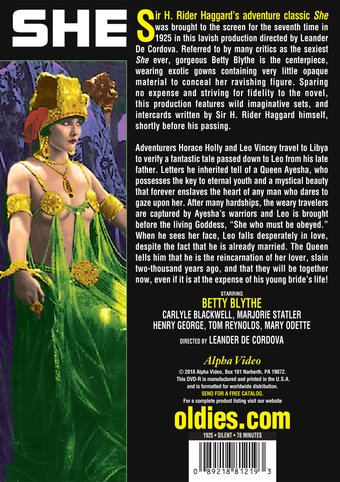 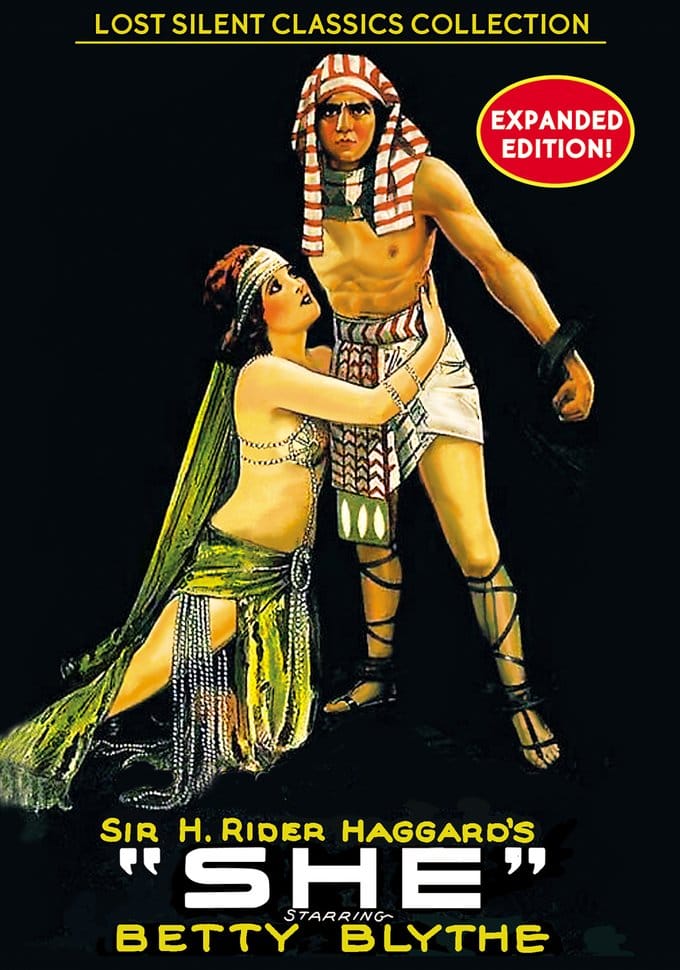 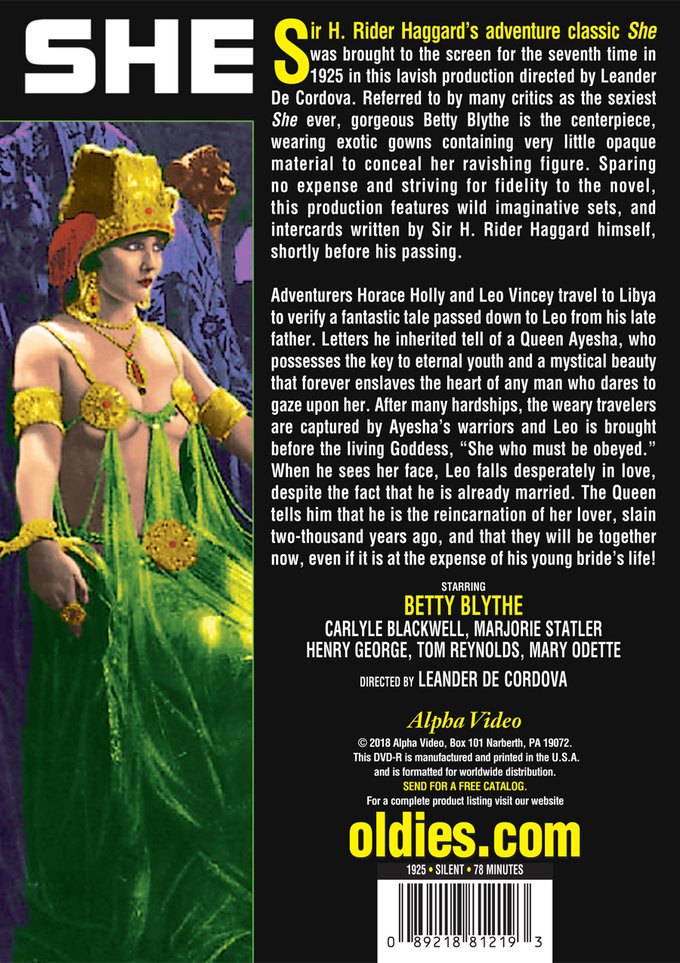 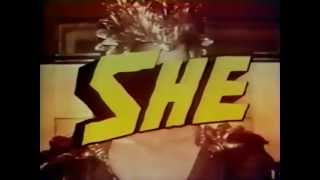 Ursula Andress in She 1965 TV trailer

Sir H. Rider Haggard's adventure classic She was brought to the screen for the seventh time in 1925 in this lavish production directed by Leander De Cordova. Referred to by many critics as the sexiest She ever, gorgeous Betty Blythe is the centerpiece, wearing exotic gowns containing very little opaque material to conceal her ravishing figure. Sparing no expense and striving for fidelity to the novel, this production features wild imaginative sets, and intercards written by Sir H. Rider Haggard himself, shortly before his passing.

Adventurers Horace Holly and Leo Vincey travel to Libya to verify a fantastic tale passed down to Leo from his late father. Letters he inherited tell of a Queen Ayesha, who possesses the key to eternal youth and a mystical beauty that forever enslaves the heart of any man who dares to gaze upon her. After many hardships, the weary travelers are captured by Ayesha's warriors and Leo is brought before the living Goddess, "She who must be obeyed." When he sees her face, Leo falls desperately in love, despite the fact that he is already married. The Queen tells him that he is the reincarnation of her lover, slain two-thousand years ago, and that they will be together now, even if it is at the expense of his young bride's life!

25%off
Glorifying the American Girl
$5.95 on Sale
Add to Cart