A reporter turns a shy girl into a celebrity when he writes a story on "The Average Woman" in this rags-to-riches silent melodrama. 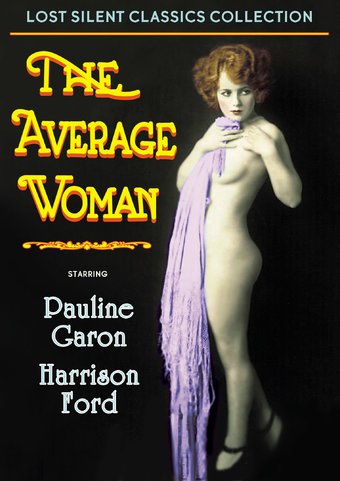 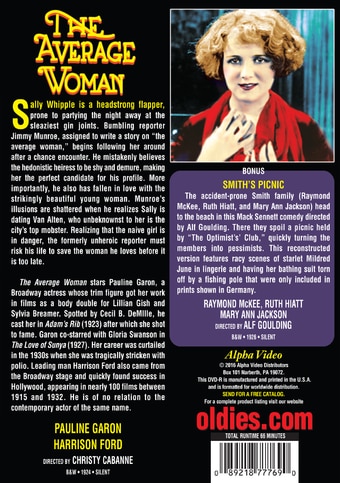 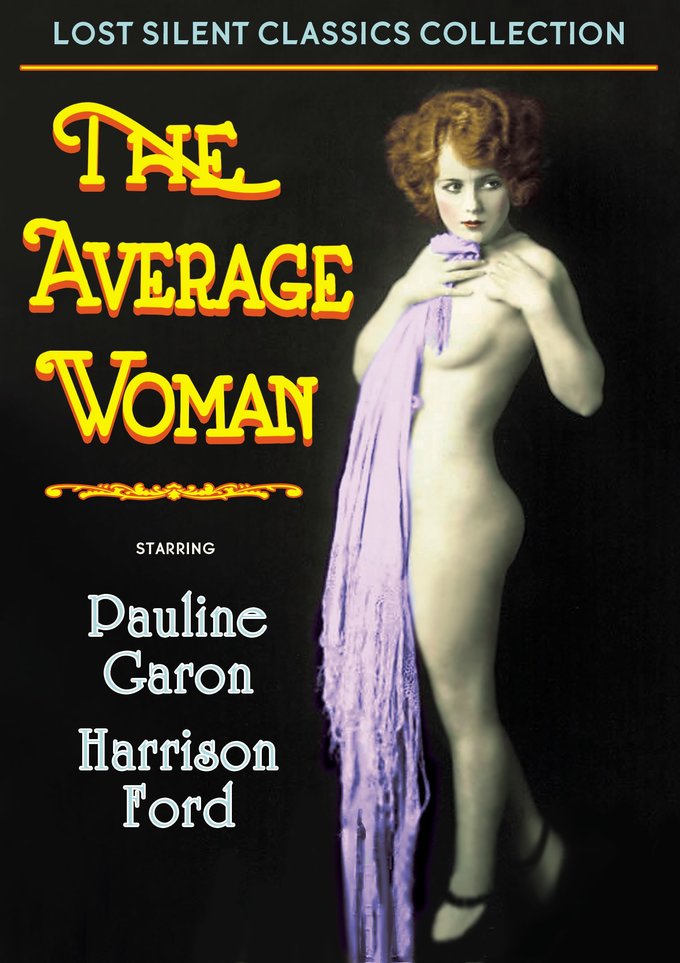 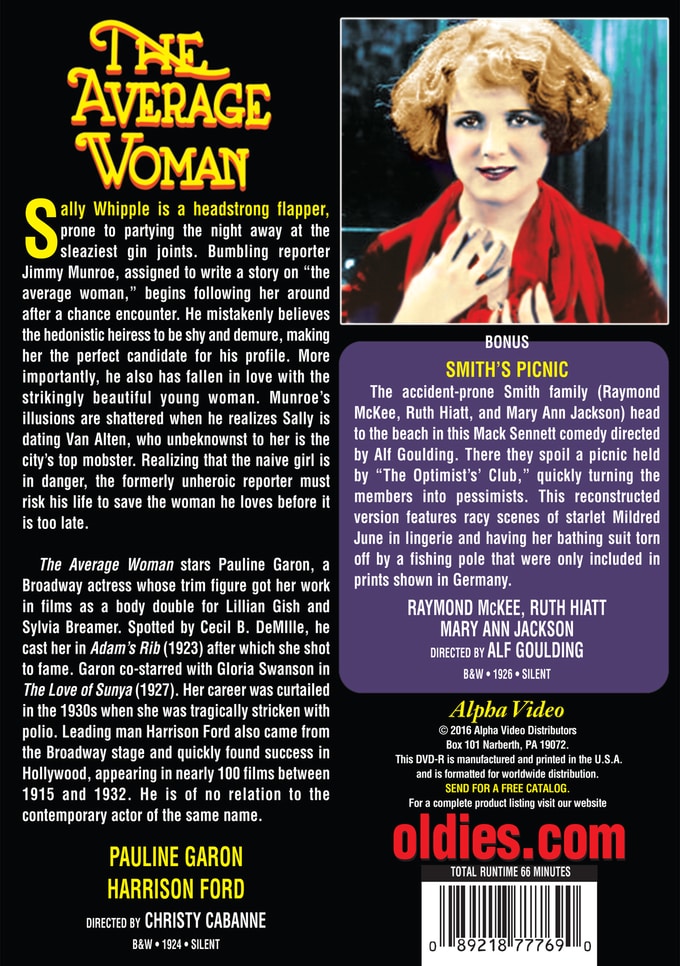 Sally Whipple is a headstrong flapper, prone to partying the night away at the sleaziest gin joints. Bumbling reporter Jimmy Munroe, assigned to write a story on "the average woman," begins following her around after a chance encounter. He mistakenly believes the hedonistic heiress to be shy and demure, making her the perfect candidate for his profile. More importantly, he also has fallen in love with the strikingly beautiful young woman. Munroe's illusions are shattered when he realizes Sally is dating Van Alten, who unbeknownst to her is the city's top mobster. Realizing that the naive girl is in danger, the formerly unheroic reporter must risk his life to save the woman he loves before it is too late.

The Average Woman stars Pauline Garon, a Broadway actress whose trim figure got her work in films as a body double for Lillian Gish and Sylvia Breamer. Spotted by Cecil B. DeMIlle, he cast her in Adam's Rib (1923) after which she shot to fame. Garon co-starred with Gloria Swanson in The Love of Sunya (1927). Her career was curtailed in the 1930s when she was tragically struck by polio. Leading man Harrison Ford also came from the Broadway stage and quickly found success in Hollywood, appearing in nearly 100 films between 1915 and 1932. He is of no relation to the contemporary actor of the same name.

BONUS: Smith's Picnic (BW, SILENT, 1926): The accident-prone Smith family (Raymond McKee, Ruth Hiatt, and Mary Ann Jackson) head to the beach in this Mack Sennett comedy directed by Alf Goulding. There they spoil a picnic held by "The Optimist's' Club," quickly turning the members into pessimists. This reconstructed version features racy scenes of starlet Mildred June in lingerie and having her bathing suit torn off by a fishing pole that were only included in prints shown in Germany. Starring Raymond McKee, Ruth Hiatt and Mary Ann Jackson. Directed by Alf Goulding.

Silent | Vintage | Love Story
This product is made-on-demand by the manufacturer using DVD-R recordable media. Almost all DVD players can play DVD-Rs (except for some older models made before 2000) - please consult your owner's manual for formats compatible with your player. These DVD-Rs may not play on all computers or DVD player/recorders. To address this, the manufacturer recommends viewing this product on a DVD player that does not have recording capability.


Despite the somewhat misleading DVD cover, I found the main feature (The Average Woman) to be entertaining with decent acting.