Great Hollywood Actors on Television: Four Hours in White / Jacob and the Angel

Two episodes of the hour-long television anthology series "Climax!": The hospital drama "Four Hours in White" starring Steve McQueen, and the courtroom mystery "Jacob and the Angel" with Gig Young. 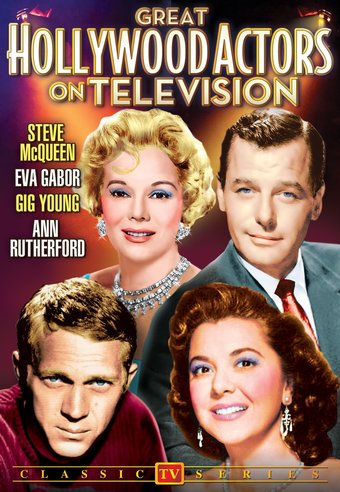 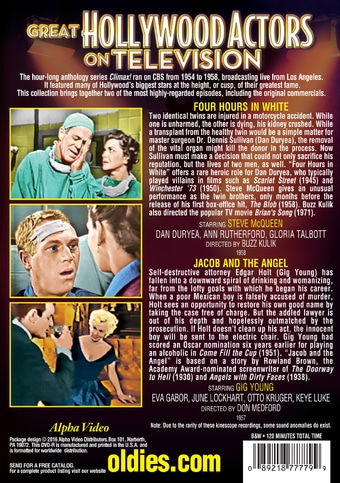 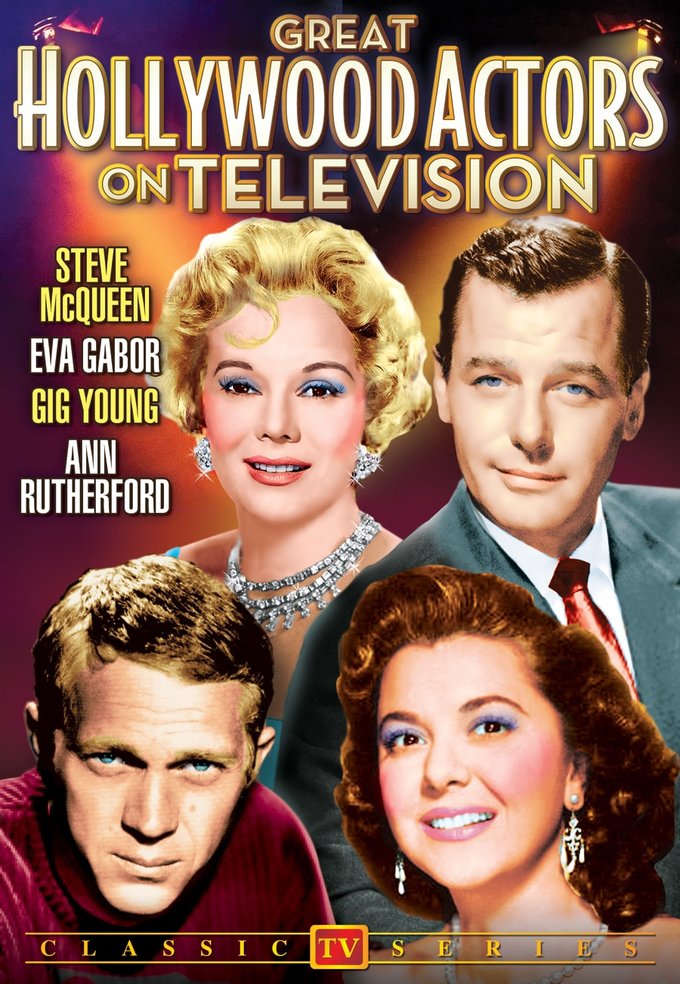 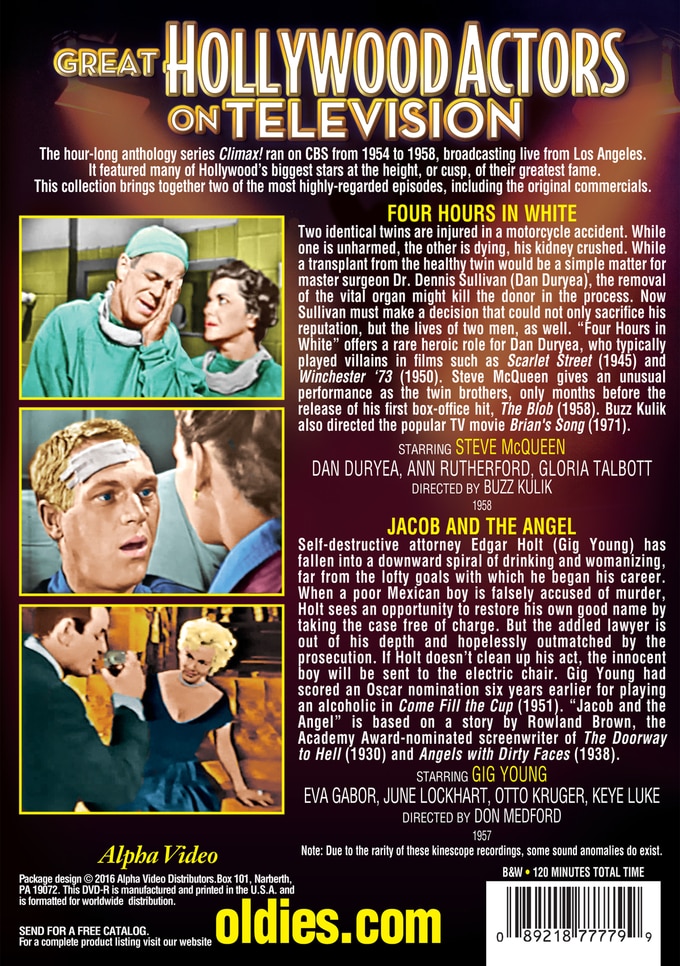 The hour-long anthology series Climax! ran on CBS from 1954 to 1958, broadcasting live from Los Angeles. It featured many of Hollywood's biggest stars at the height, or cusp, of their greatest fame. This collection brings together two of the most highly-regarded episodes, including the original commercials.

FOUR HOURS IN WHITE (BW, 1958): Two identical twins are injured in a motorcycle accident. While one is unharmed, the other is dying, his kidney crushed. While a transplant from the healthy twin would be a simple matter for master surgeon Dr. Dennis Sullivan (Dan Duryea), the removal of the vital organ might kill the donor in the process. Now Sullivan must make a decision that could not only sacrifice his reputation, but the lives of two men, as well. "Four Hours in White" offers a rare heroic role for Dan Duryea, who typically played villains in films such as Scarlet Street (1945) and Winchester '73 (1950). Steve McQueen gives an unusual performance as the twin brothers, only months before the release of his first box-office hit, The Blob (1958). Buzz Kulik also directed the popular TV movie Brian's Song (1971). Starring Steve McQueen, Dan Duryea, Ann Rutherford, Gloria Talbott.

JACOB AND THE ANGEL (BW, 1957): Self-destructive attorney Edgar Holt (Gig Young) has fallen into a downward spiral of drinking and womanizing, far from the lofty goals with which he began his career. When a poor Mexican boy is falsely accused of murder, Holt sees an opportunity to restore his own good name by taking the case free of charge. But the addled lawyer is out of his depth and hopelessly outmatched by the prosecution. If Holt doesn't clean up his act, the innocent boy will be sent to the electric chair. Gig Young had scored an Oscar nomination six years earlier for playing an alcoholic in Come Fill the Cup (1951). "Jacob and the Angel" is based on a story by Rowland Brown, the Academy Award-nominated screenwriter of The Doorway to Hell (1930) and Angels with Dirty Faces (1938). Starring Gig Young, Eva Gabor, June Lockhart, Otto Kruger, Keye Luke. Directed by Don Medford.

Note: Due to the rarity of these kinescope recordings, some sound anomalies do exist.