He Couldn't Take It

A civil servant with a short temper must save his girlfriend from a gangster in this pre-Code comedy. Plus the short 'The Dancing Millionaire' (1934). 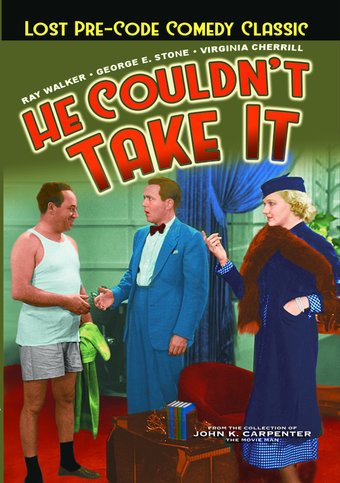 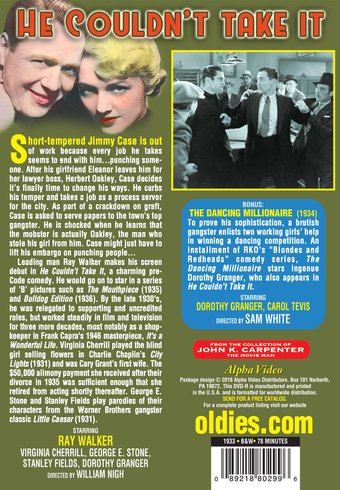 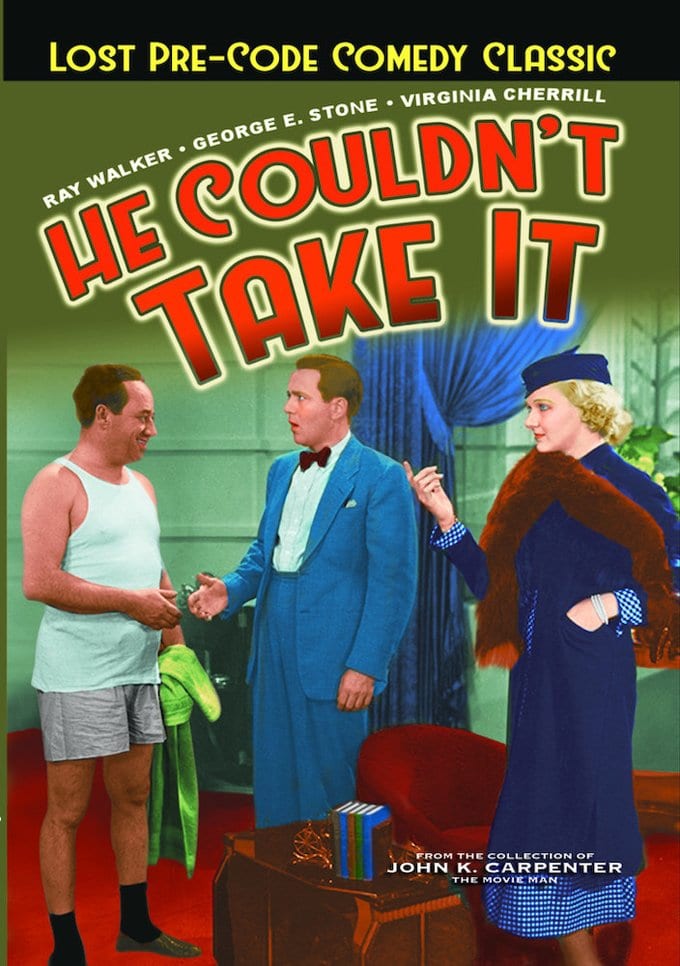 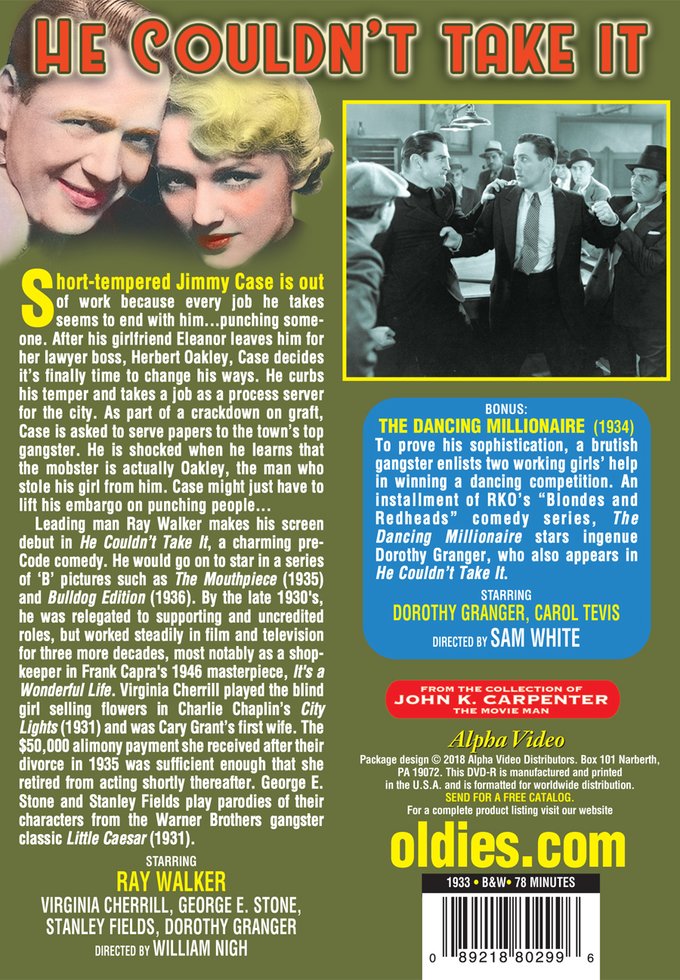 Short-tempered Jimmy Case is out of work because every job he takes seems to end with him...punching someone. After his girlfriend Eleanor leaves him for her lawyer boss, Herbert Oakley, Case decides it's finally time to change his ways. He curbs his temper and takes a job as a process server for the city. As part of a crackdown on graft, Case is asked to serve papers to the town's top gangster. He is shocked when he learns that the mobster is actually Oakley, the man who stole his girl from him. Case might just have to lift his embargo on punching people...

Leading man Ray Walker makes his screen debut in He Couldn't Take It, a charming pre-Code comedy. He would go on to star in a series of 'B' pictures such as The Mouthpiece (1935) and Bulldog Edition (1936). By the late 1930's, he was relegated to supporting and uncredited roles, but worked steadily in film and television for three more decades, most notably as a shopkeeper in Frank Capra's 1946 masterpiece, It's a Wonderful Life. Virginia Cherrill played the blind girl selling flowers in Charlie Chaplin's City Lights (1931) and was Cary Grant's first wife. The $50,000 alimony payment she received after their divorce in 1935 was sufficient enough that she retired from acting shortly thereafter. George E. Stone and Stanley Fields play parodies of their characters from the Warner Brothers gangster classic Little Caesar (1931).

From the Collection of John 'The Movie Man' Carpenter.