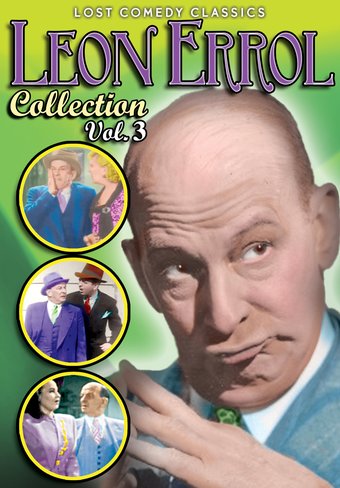 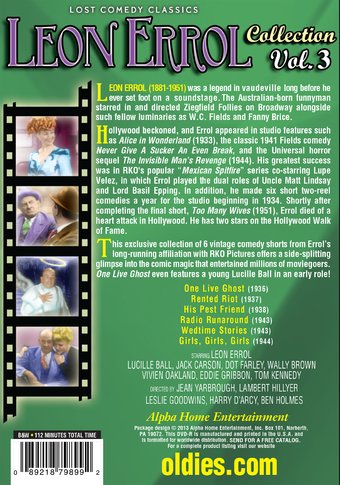 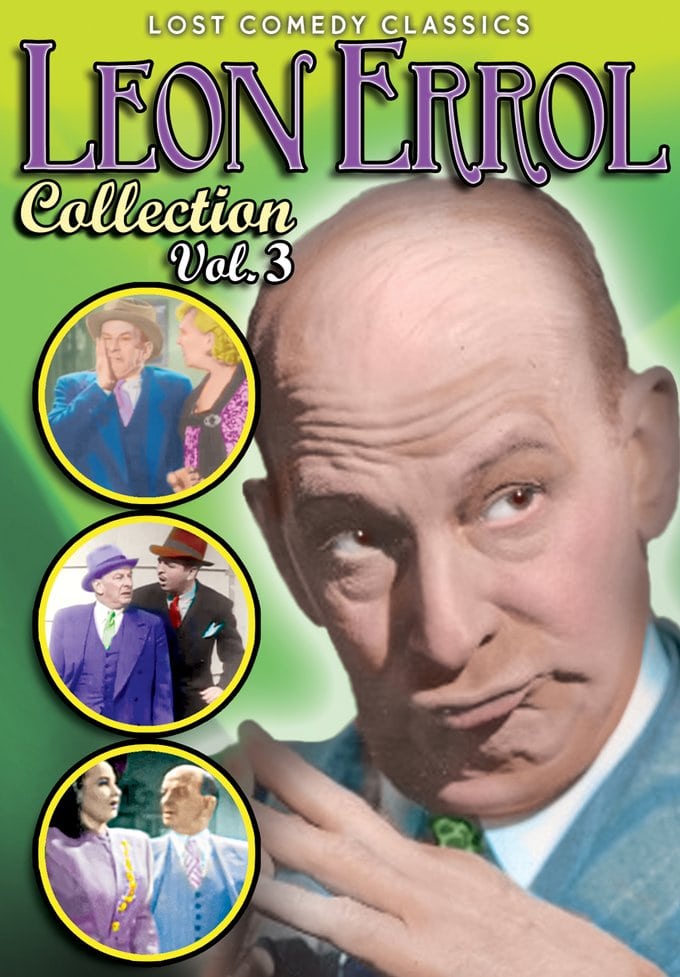 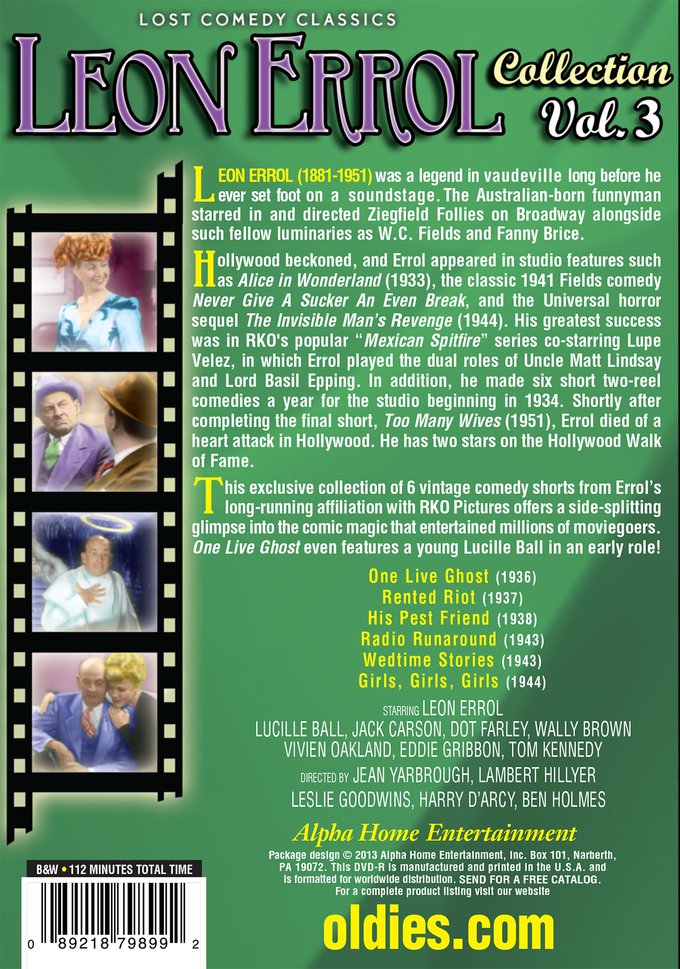 Leon Errol (1881-1951) was a legend in vaudeville long before he ever set foot on a soundstage. The Australian-born funnyman starred in and directed the Ziegfeld Follies on Broadway alongside such fellow luminaries as W.C. Fields and Fanny Brice. Hollywood beckoned, and Errol appeared in studio features such as the all-star cast Alice in Wonderland (1933), the classic 1941 Fields comedy Never Give A Sucker An Even Break, and the Universal horror sequel The Invisible Man's Revenge (1944). His greatest success was in RKO's popular "Mexican Spitfire" series co-starring Lupe Velez, in which Errol played the dual roles of Uncle Matt Lindsay and Lord Basil Epping. In addition, he made six short two-reel comedies a year for the studio beginning in 1934. Shortly after completing the final short, Too Many Wives (1951), Errol died of a heart attack in Hollywood. He has two stars on the Hollywood Walk of Fame.

This exclusive collection of 6 vintage comedy shorts from Errol's long-running affiliation with RKO Pictures offers a side-splitting glimpse into the comic magic that entertained millions of moviegoers. One Live Ghost even features a young Lucille Ball in an early role!

RKO Pictures
This product is made-on-demand by the manufacturer using DVD-R recordable media. Almost all DVD players can play DVD-Rs (except for some older models made before 2000) - please consult your owner's manual for formats compatible with your player. These DVD-Rs may not play on all computers or DVD player/recorders. To address this, the manufacturer recommends viewing this product on a DVD player that does not have recording capability.