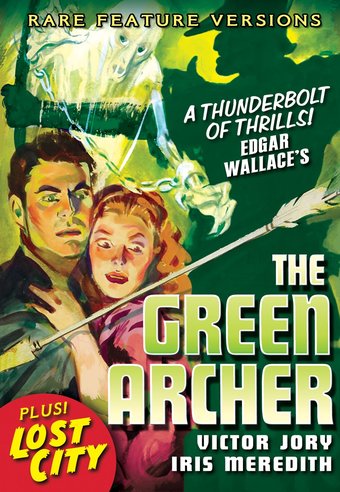 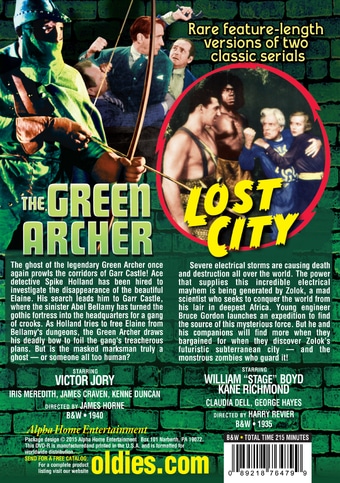 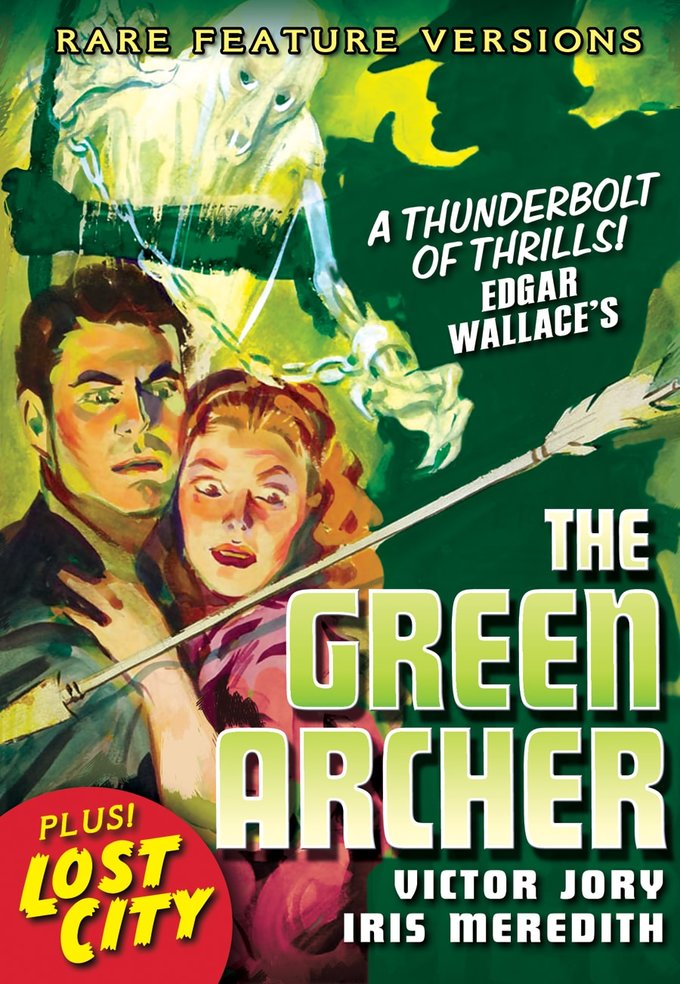 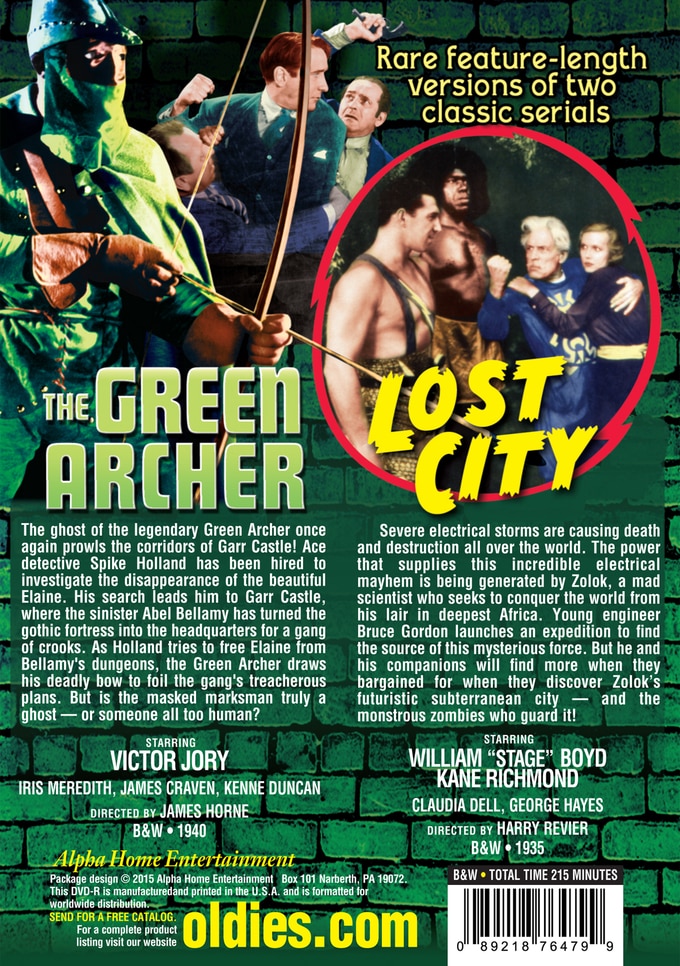 Rare feature-length versions of two classic serials -- for the first time on DVD!

The Green Archer (BW, 1940): The ghost of the legendary Green Archer once again prowls the corridors of Garr Castle! Ace detective Spike Holland has been hired to investigate the disappearance of the beautiful Elaine. His search leads him to Garr Castle, where the sinister Abel Bellamy has turned the gothic fortress into the headquarters for a gang of crooks. As Holland tries to free Elaine from Bellamy's dungeons, the Green Archer draws his deadly bow to foil the gang's treacherous plans. But is the masked marksman truly a ghost -- or someone all too human? Starring Victor Jory, Iris Meredith, James Craven, Kenne Duncan. Directed by James Horne.

Severe electrical storms are causing death and destruction all over the world. The power that supplies this incredible electrical mayhem is being generated by Zolok, a mad scientist who seeks to conquer the world from his lair in deepest Africa. Young engineer Bruce Gordon launches an expedition to find the source of this mysterious force. But he and his companions will find more when they bargained for when they discover Zolok's futuristic subterranean city -- and the monstrous zombies who guard it! Starring William "Stage" Boyd, Kane Richmond, Claudia Dell, George Hayes. Directed by Harry Revier