A madman hunts a young couple on a savage island. / A ship's captain is overthrown by a gang of mercenaries on their way to war-torn Spain. 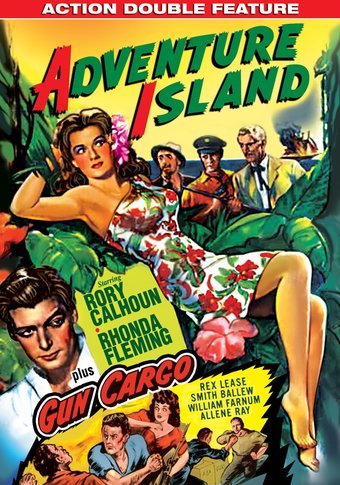 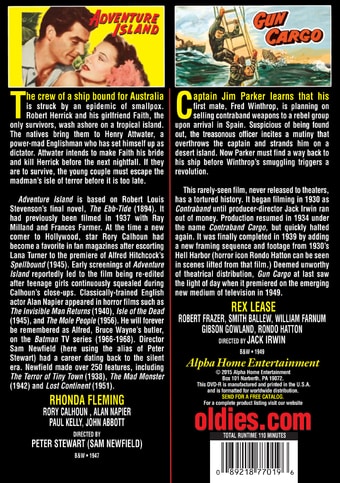 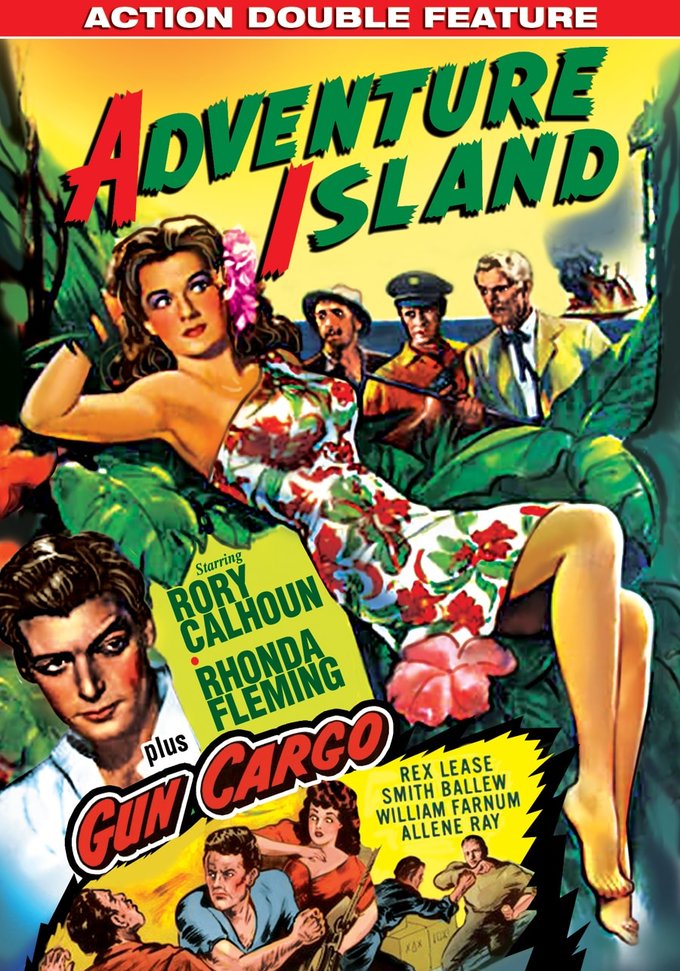 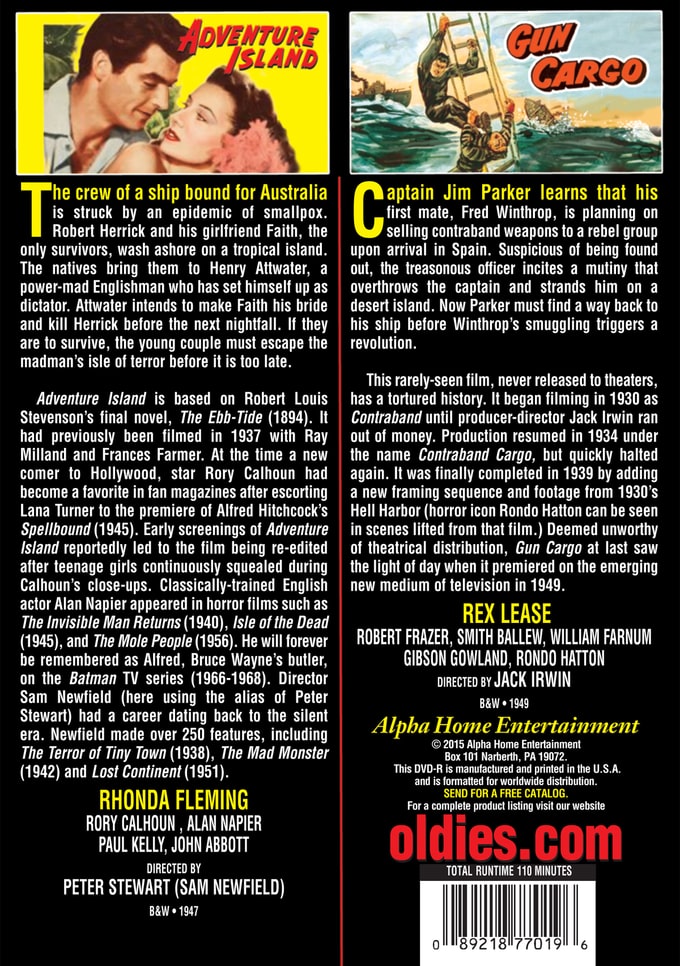 The crew of a ship bound for Australia is struck by an epidemic of smallpox. Robert Herrick and his girlfriend Faith, the only survivors, wash ashore on a tropical island. The natives bring them to Henry Attwater, a power-mad Englishman who has set himself up as dictator. Attwater intends to make Faith his bride and kill Herrick before the next nightfall. If they are to survive, the young couple must escape the madman's island of terror before it is too late.

Adventure Island is based on Robert Louis Stevenson's final novel, The Ebb-Tide (1894). It had previously been filmed in 1937 with Ray Milland and Frances Farmer. At the time a newcomer to Hollywood, star Rory Calhoun had become a favorite in fan magazines after escorting Lana Turner to the premiere of Alfred Hitchcock's Spellbound (1945). Early screenings of Adventure Island reportedly led to the film being re-edited after teenage girls continuously squealed during Calhoun's close-ups. Classically-trained English actor Alan Napier appeared in horror films such as The Invisible Man Returns (1940), Isle of the Dead (1945), and The Mole People (1956). He will forever be remembered as Alfred, Bruce Wayne's butler, on the Batman TV series (1966-1968). Director Sam Newfield (here using the alias of Peter Stewart) had a career dating back to the silent era. Newfield made over 250 features, including The Terror of Tiny Town (1938), The Mad Monster (1942) and Lost Continent (1951).

PLUS: Gun Cargo (BW, 1949): Captain Jim Parker learns that his first mate, Fred Winthrop, is planning on selling contraband weapons to a rebel group upon arrival in Spain. Suspicious of being found out, the treasonous officer incites a mutiny that overthrows the captain and strands him on a desert island. Now Parker must find a way back to his ship before Winthrop's smuggling triggers a revolution.

This rarely-seen film, never released to theaters, has a tortured history. It began filming in 1930 as Contraband until producer-director Jack Irwin ran out of money. Production resumed in 1934 under the name Contraband Cargo, but quickly halted again. It was finally completed in 1939 by adding a new framing sequence and footage from 1930's Hell Harbor (horror icon Rondo Hatton can be seen in scenes lifted from that film.) Deemed unworthy of theatrical distribution, Gun Cargo at last saw the light of day when it premiered on the emerging new medium of television in 1949. Starring Rex Lease, Robert Frazer, Smith Ballew, William Farnum, Gibson Gowland and Rondo Hatton. Directed by Jack Irwin.