Lure of the Islands

An FBI agent hunting for Nazi spies on a tropical island falls in love with a sensual native girl. 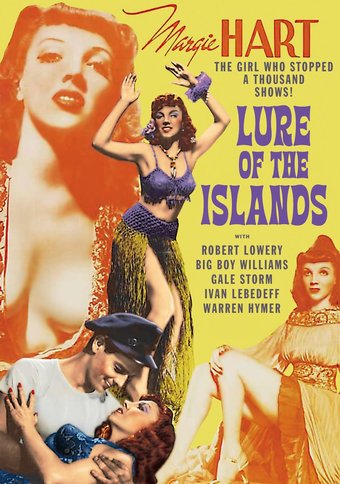 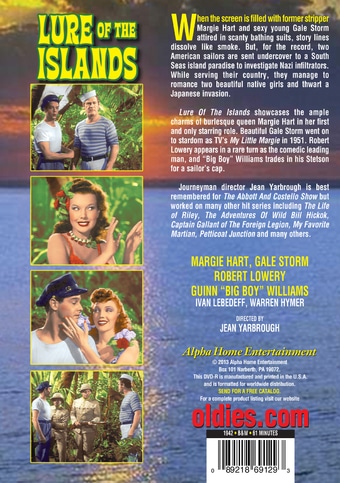 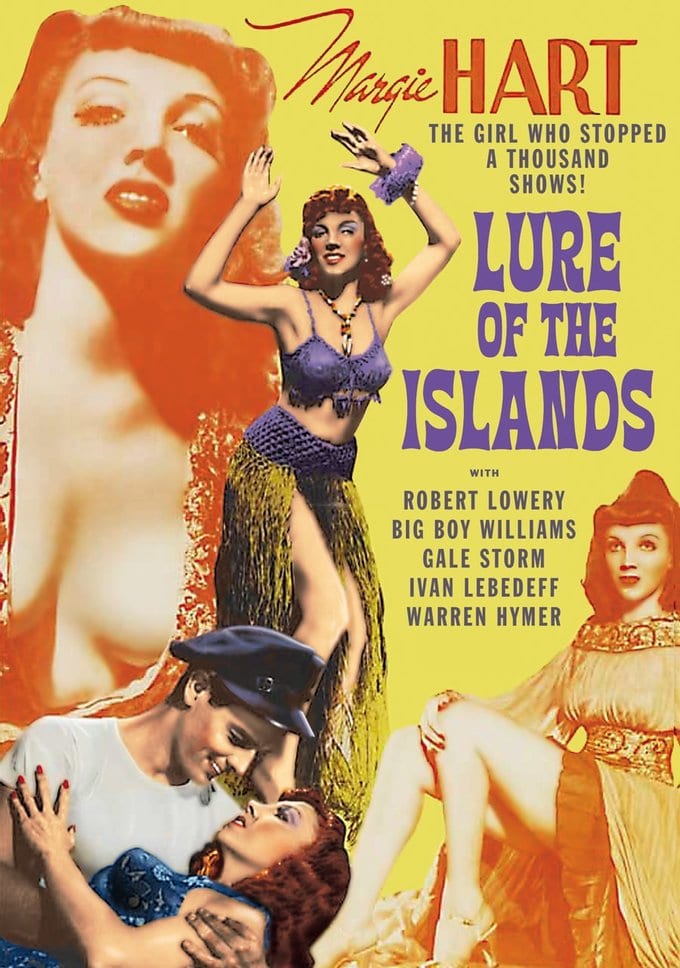 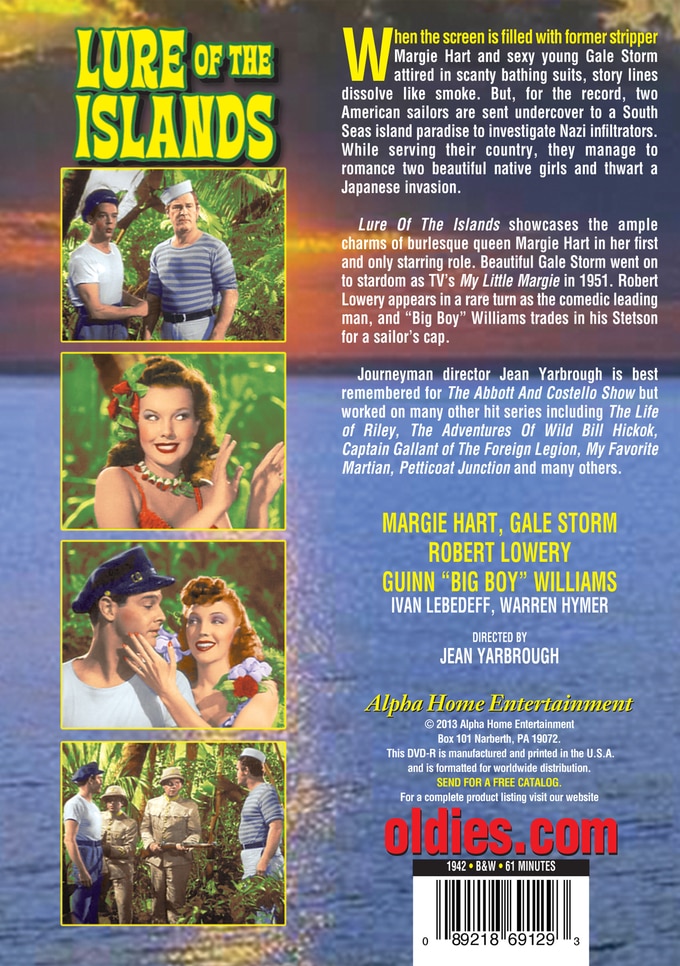 When the screen is filled with former stripper Margie Hart and sexy young Gale Storm attired in scanty bathing suits, story lines dissolve like smoke. But, for the record, two American sailors are sent undercover to a South Seas island paradise to investigate Nazi infiltrators. While serving their country, they manage to romance two beautiful native girls and thwart a Japanese invasion.

Lure of the Islands showcases the ample charms of burlesque queen Margie Hart in her first and only starring role. Beautiful Gale Storm went on to stardom as TV's "My Little Margie" in 1951. Robert Lowery appears in a rare turn as the comedic leading man, and "Big Boy" Williams trades in his Stetson for a sailor's cap.

Journeyman director Jean Yarbrough is best remembered for "The Abbott And Costello Show" but worked on many other hit series including "The Life of Riley," "The Adventures Of Wild Bill Hickok," "Captain Gallant of The Foreign Legion," "My Favorite Martian," "Petticoat Junction" and many others.

Federal Agents aren't too unhappy to follow criminals to a tropical island where they meet up with some spicy island "babes."

Adventure | High Seas | Cops | Outlaws
This product is made-on-demand by the manufacturer using DVD-R recordable media. Almost all DVD players can play DVD-Rs (except for some older models made before 2000) - please consult your owner's manual for formats compatible with your player. These DVD-Rs may not play on all computers or DVD player/recorders. To address this, the manufacturer recommends viewing this product on a DVD player that does not have recording capability.