A dictator sends his rival in romance, an American pilot, on a suicide mission. 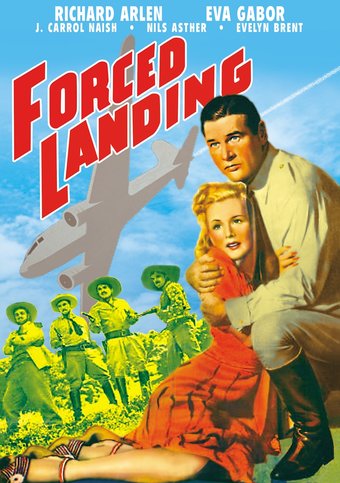 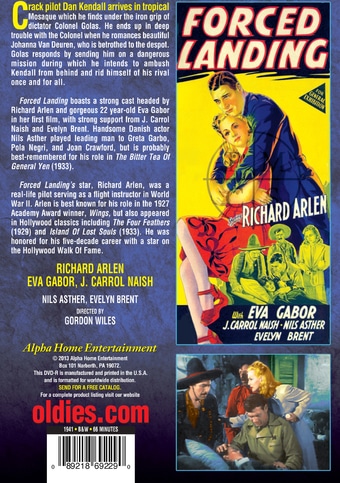 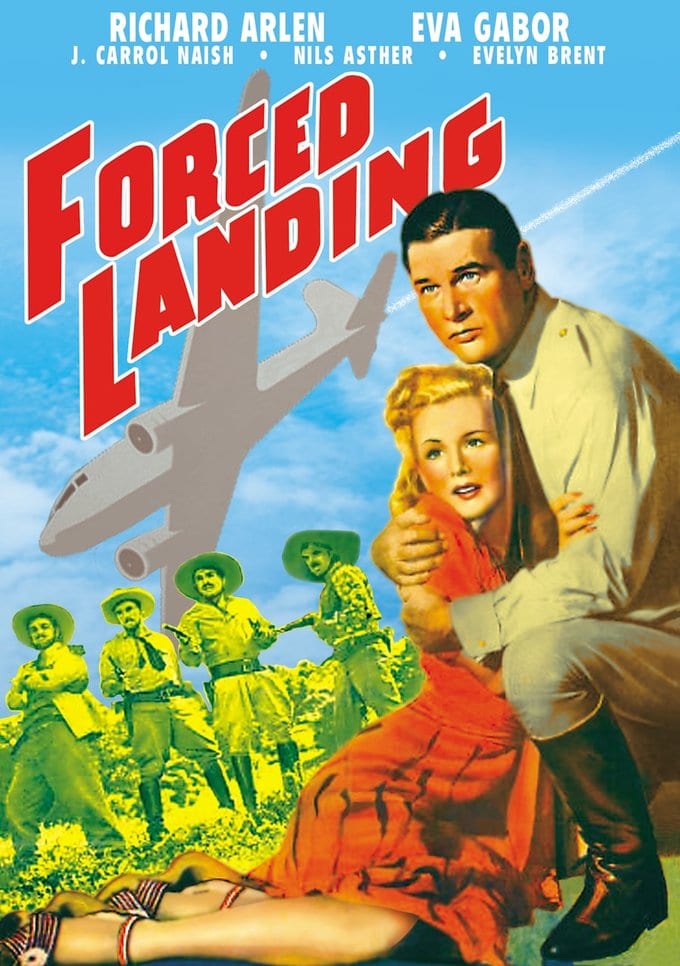 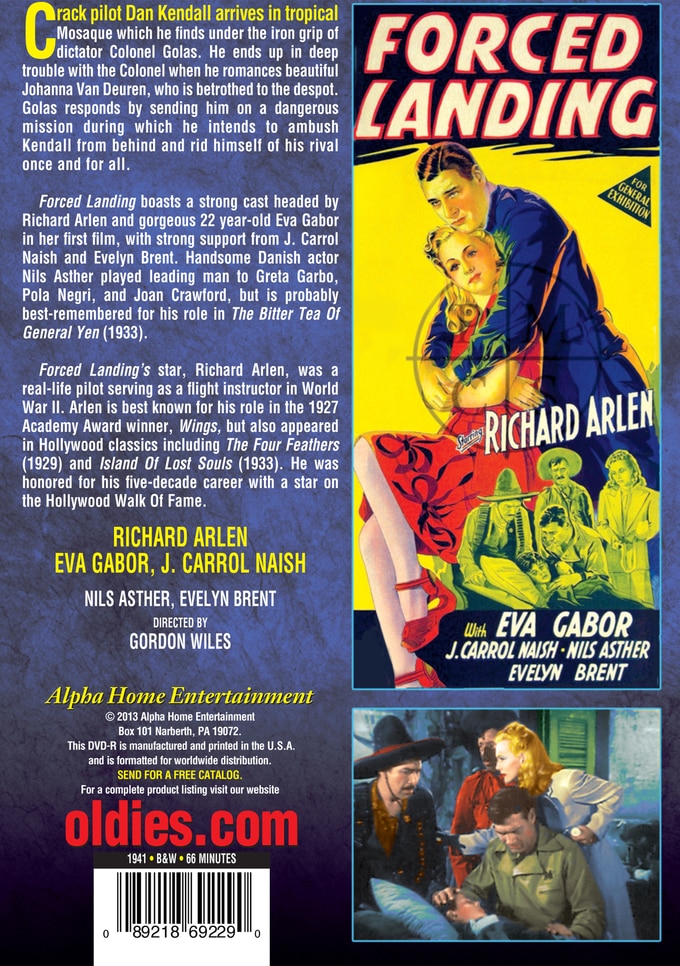 Crack pilot Dan Kendall arrives in tropical Mosaque which he finds under the iron grip of dictator Colonel Golas. He ends up in deep trouble with the Colonel when he romances beautiful Johanna Van Deuren, who is betrothed to the despot. Golas responds by sending him on a dangerous mission during which he intends to ambush Kendall from behind and rid himself of his rival once and for all.

Forced Landing's star, Richard Arlen, was a real-life pilot serving as a flight instructor in World War II. Arlen is best known for his role in the 1927 Academy Award winner, Wings, but also appeared in Hollywood classics including The Four Feathers (1929) and Island Of Lost Souls (1933). He was honored for his five-decade career with a star on the Hollywood Walk Of Fame.

In this war drama, a commercial pilot joins the air corps of a South Pacific island, and there he finds that he must contend with a dictator. He also falls quietly in love with the leader's girlfriend. Unfortunately, the evil leader is the head of the air corps, and to get rid of the young man who threatens his relationship, he send the hero on a suicide mission. The two rivals end up in a dogfight. Fortunately, the hero wins the fight and gets the girl.

Adventure | Rivalry | Romance | Love Triangle | Jungle | Military | Nazis | Love Triangles | Romances | Islands | Flying | Love | Competitions | America
This product is made-on-demand by the manufacturer using DVD-R recordable media. Almost all DVD players can play DVD-Rs (except for some older models made before 2000) - please consult your owner's manual for formats compatible with your player. These DVD-Rs may not play on all computers or DVD player/recorders. To address this, the manufacturer recommends viewing this product on a DVD player that does not have recording capability.

One of Our Aircraft is Missing
$13.10 Super Savings
Add to Cart