Explorers encounter incredible dangers on a fabulous journey into the heart of Africa. 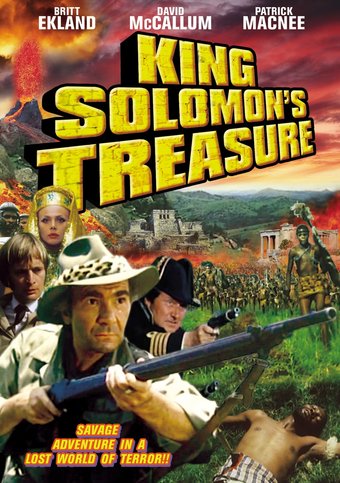 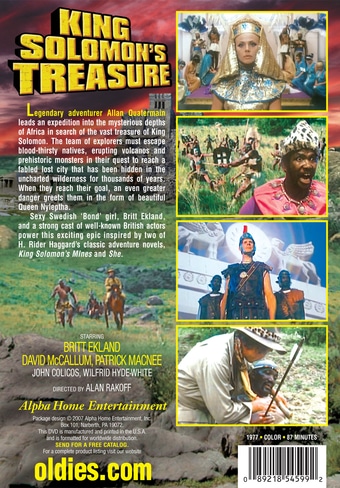 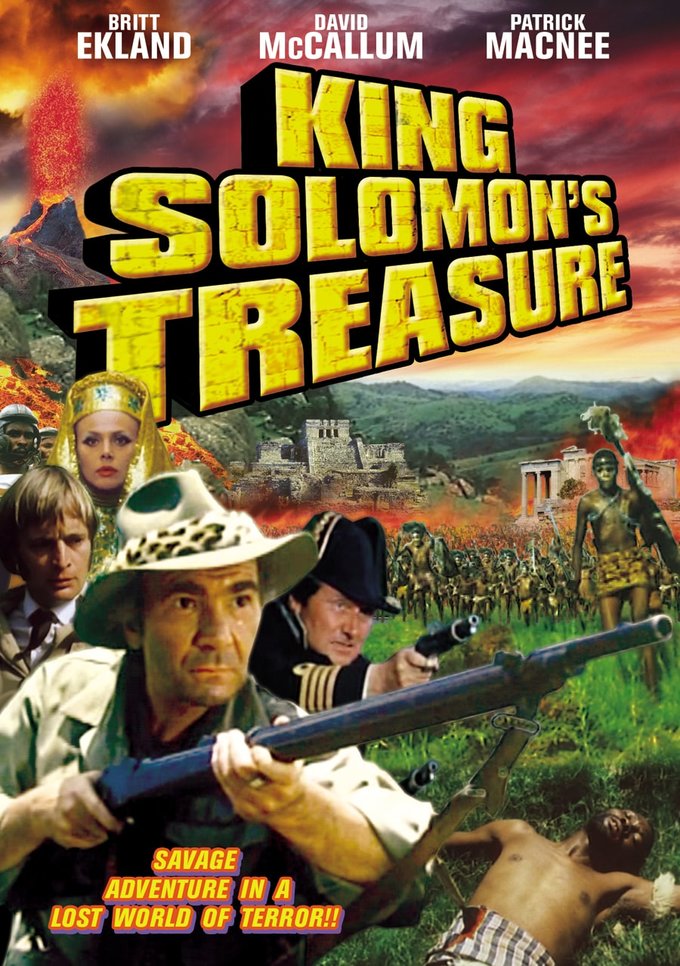 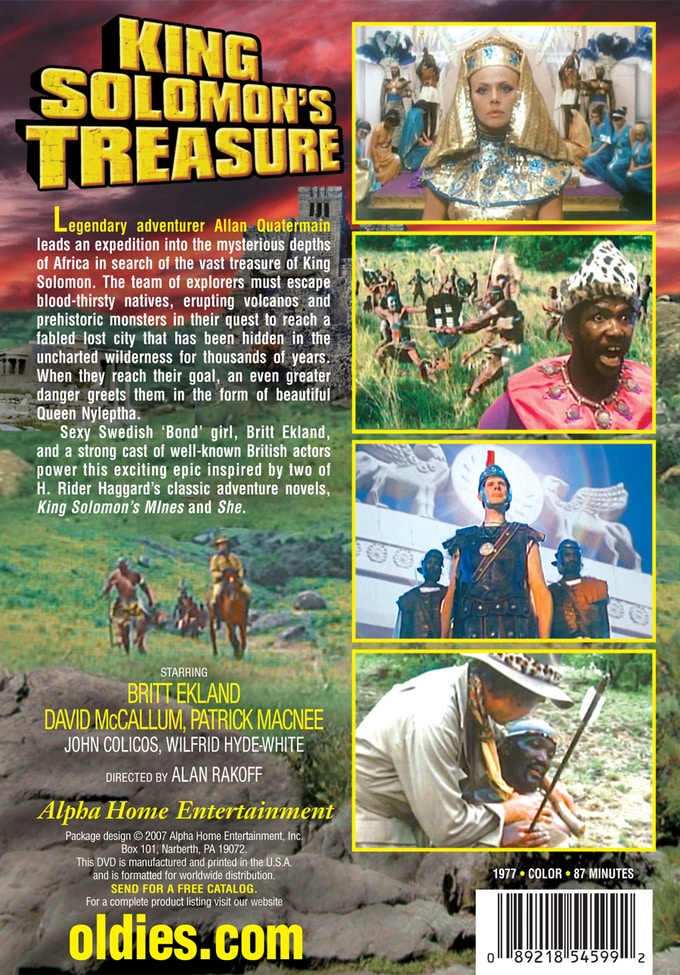 Legendary adventurer Allan Quatermain leads an expedition into the mysterious depths of Africa in search of the vast treasure of King Solomon. The team of explorers must escape blood-thirsty natives, erupting volcanos and prehistoric monsters in their quest to reach a fabled lost city that has been hidden in the uncharted wilderness for thousands of years. When they reach their goal, an even greater danger greets them in the form of beautiful Queen Nyleptha.

An Englishman traces a priceless medallion to the lost treasure of King Solomon and organizes an expedition to go after it, unaware of the hideous creatures that are guarding the loot.

Action | Adventure | Thriller | Jewels
This product is made-on-demand by the manufacturer using DVD-R recordable media. Almost all DVD players can play DVD-Rs (except for some older models made before 2000) - please consult your owner's manual for formats compatible with your player. These DVD-Rs may not play on all computers or DVD player/recorders. To address this, the manufacturer recommends viewing this product on a DVD player that does not have recording capability.

15%off
Allan Quatermain and the Lost City of Gold
$21.20 Super Savings
Add to Cart

16%off
Allan Quatermain and the Lost City of Gold (Blu-ray)
$25.30 Super Savings
Add to Cart

Customer Rating:
Based on 307 ratings.


Leave this one where you found it, not good at all even the quality of the movie leaves a lot to be desired.


This movie was hilarious! Not because it was a comedy, but because of the terrible mishaps of a low-budget film. Several times the background moved because someone jarred the backdrop, oh and those "dinosaurs!" And for such well known actors (many are in the 007 movies), I was appauled at the acting, maybe because they were quite young when this movie first came out. Apparently they didn't practice their parts in advance, or the directing was bad. And the ending, well, after all that work to get there, no one even TRIED to get the treasure. There were so many places that this movie could have been improved. So I only rated this with two stars. Only worth getting if you like to giggle over the fake scenery, stiff animals, and old style acting.