Women in a small town are afraid of male companionship because of rules imposed by The Purity League. Bonus short "Help Wanted, Female." 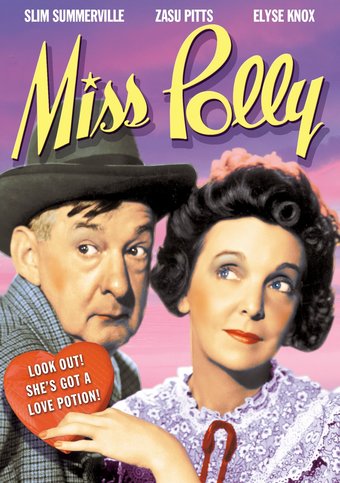 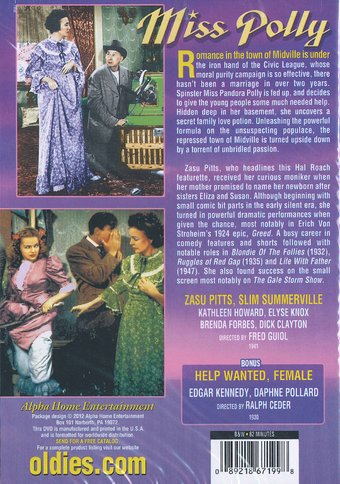 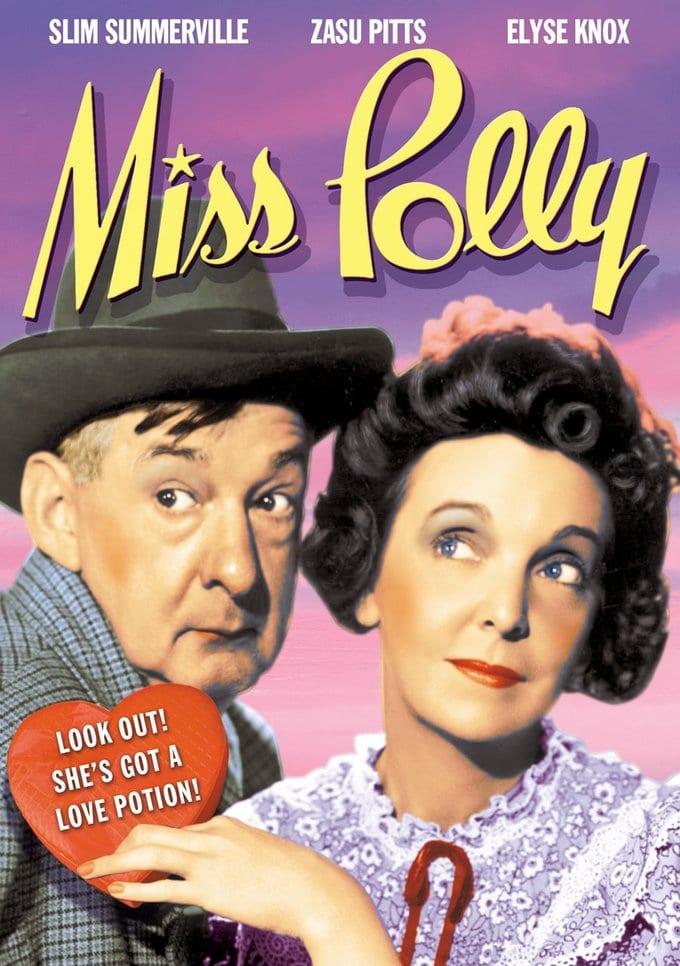 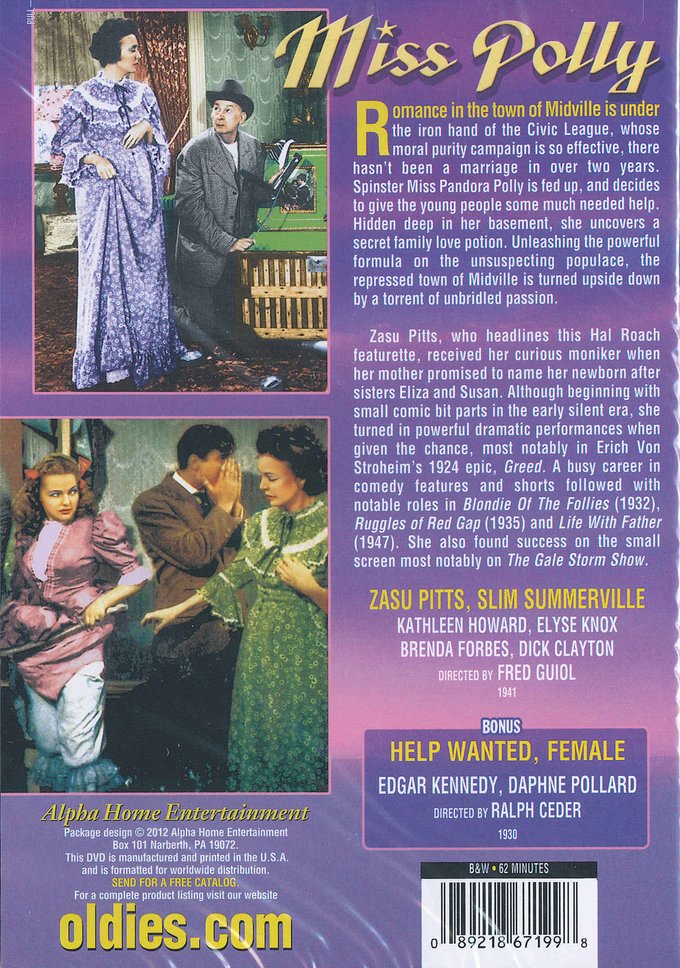 Romance in the town of Midville is under the iron hand of the Civic League, whose moral purity campaign is so effective, there hasn't been a marriage in over two years. Spinster Miss Pandora Polly is fed up, and decides to give the young people some much needed help. Hidden deep in her basement, she uncovers a secret family love potion. Unleashing the powerful formula on the unsuspecting populace, the repressed town of Midville is turned upside down by a torrent of unbridled passion.

Zasu Pitts, who headlines this Hal Roach featurette, received her curious moniker when her mother promised to name her newborn after sisters Eliza and Susan. Although beginning with small comic bit parts in the early silent era, she turned in powerful dramatic performances when given the chance, most notably in Erich Von Stroheim's 1924 epic, Greed. A busy career in comedy features and shorts followed with notable roles in Blondie Of The Follies (1932), Ruggles of Red Gap (1935) and Life With Father (1947). She also found success on the small screen most notably on "The Gale Storm Show."

Welcome to Midville, an appropriately named small town that has carried moderation to extremes. Run for over a generation by a bluenose civic league, the town doesn't allow driving faster than 12 mph -- and drivers can get a summons for not having a running-board, a part of a car that went out of style after the 1920s; no movies start after dark, and there are no late nights allowed at the soda shop or in the park. It's so bad that the soldiers from the nearby army base shoot right through the town for parts far away when they go on leave, and there hasn't been a wedding in the town in two years, because it's impossible for anyone under the age of 60 to start a romance, much less consummate one. One young couple (Richard Clayton, Elyse Knox) who would like to marry are thinking of leaving town, and that's the last straw from Miss Pandora Polly (ZaSu Pitts), who likes both of them -- she's as prim and proper a small-town spinster as you'll ever see, but that doesn't mean she wants everyone to be that way. And with unintended help from an intoxicating beverage brewed up by her comically inept gardener (Slim Summerville), she loses enough of her inhibitions to finally take a stand. At the next meeting of the civic league, she shows up ready to throw a few stones back at the bluenoses sitting in judgment of the town, and turn over a few rocks littering their pasts. Pitts and Summerville, who'd previously worked together in the Hal Roach-produced comedy NIAGARA FALLS, prove just as effective here as a comedic elderly couple, and Pitts is at her most charming and beguiling in this gentle satire of small-town living, made on the eve of America's entry into World War II and all the more nostalgia-laden because of it.
This product is made-on-demand by the manufacturer using DVD-R recordable media. Almost all DVD players can play DVD-Rs (except for some older models made before 2000) - please consult your owner's manual for formats compatible with your player. These DVD-Rs may not play on all computers or DVD player/recorders. To address this, the manufacturer recommends viewing this product on a DVD player that does not have recording capability.