A tough-talking gal and her friends inherit a 10-ton truck and take it across the country. A surreal classic written by Edgar G. Ulmer. 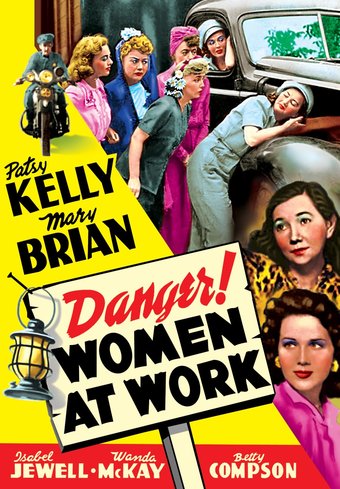 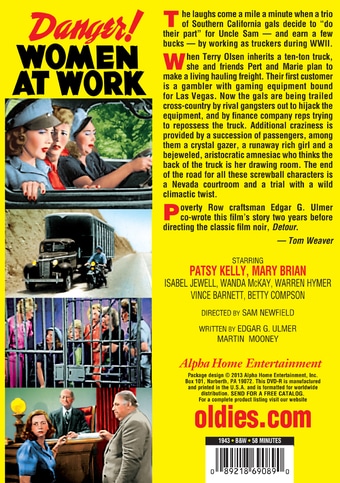 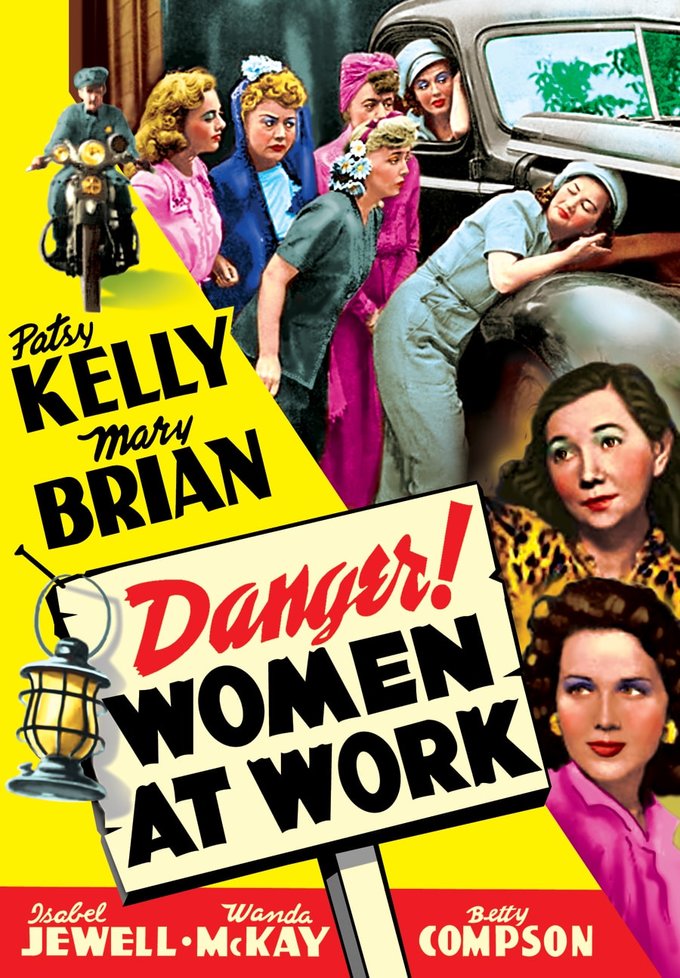 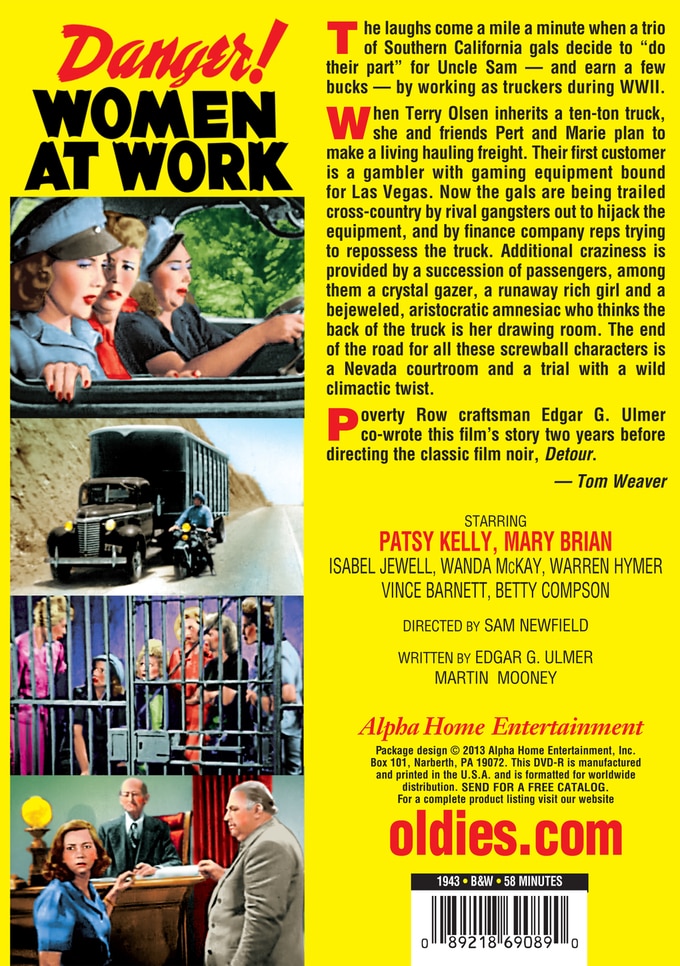 The laughs come a mile a minute when a trio of Southern California gals decide to "do their part" for Uncle Sam - and earn a few bucks - by working as truckers during WWII.

When Terry Olsen inherits a ten-ton truck, she and friends Pert and Marie plan to make a living hauling freight. Their first customer is a gambler with gaming equipment bound for Las Vegas. Now the gals are being trailed cross-country by rival gangsters out to hijack the equipment, and by finance company reps trying to repossess the truck. Additional craziness is provided by a succession of passengers, among them a crystal gazer, a runaway rich girl and a bejeweled, aristocratic amnesiac who thinks the back of the truck is her drawing room. The end of the road for all these screwball characters is a Nevada courtroom and a trial with a wild climactic twist.

Patsy Kelly stars in this madcap comedy as one of three women who inherit a 10 ton truck. Deciding to go into business together, they load up the truck and head to Las Vegas, picking up passengers along the way. Directed by b-movie king Sam Newfield (THE TERROR OF TINY TOWN).

Road Movies
This product is made-on-demand by the manufacturer using DVD-R recordable media. Almost all DVD players can play DVD-Rs (except for some older models made before 2000) - please consult your owner's manual for formats compatible with your player. These DVD-Rs may not play on all computers or DVD player/recorders. To address this, the manufacturer recommends viewing this product on a DVD player that does not have recording capability.