Trouble erupts when a wise guy stunt pilot is coerced into taking a conservative bankers job. 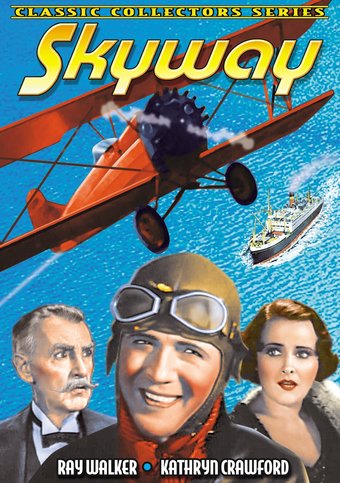 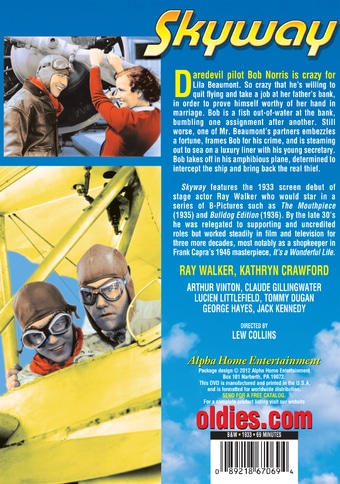 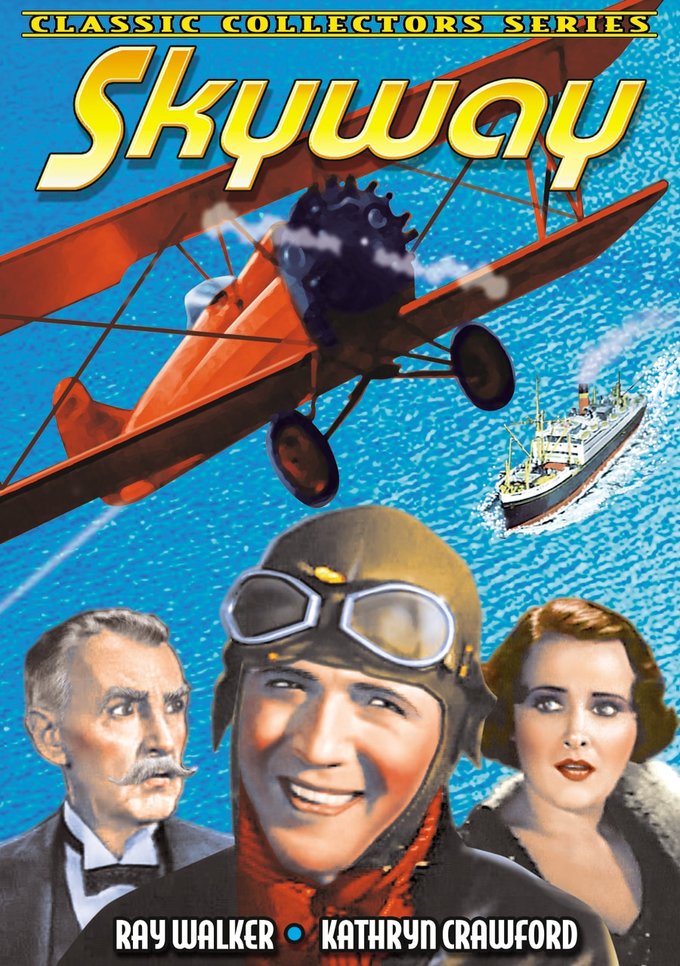 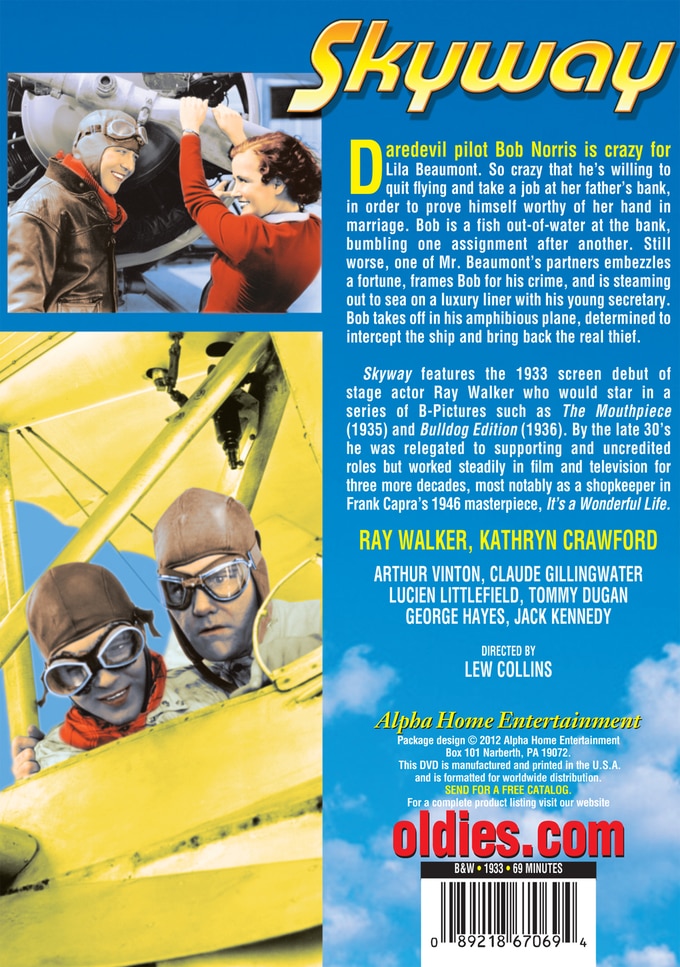 Daredevil pilot Bob Norris is crazy for Lila Beaumont. So crazy that he's willing to quit flying and take a job at her father's bank, in order to prove himself worthy of her hand in marriage. Bob is a fish out-of-water at the bank, bumbling one assignment after another. Still worse, one of Mr. Beaumont's partners embezzles a fortune, frames Bob for his crime, and is steaming out to sea on a luxury liner with his young secretary. Bob takes off in his amphibious plane, determined to intercept the ship and bring back the real thief.

Skyway features the 1933 screen debut of stage actor Ray Walker who would star in a series of B-Pictures such as The Mouthpiece (1935) and Bulldog Edition (1936). By the late 30's he was relegated to supporting and uncredited roles but worked steadily in film and television for three more decades, most notably as a shopkeeper in Frank Capra's 1946 masterpiece, It's a Wonderful Life.

Monogram's SKYWAY stars Ray Walker in his usual role as a brash troublemaker who can't hold down a job. This time he's a hot-shot aviator who loses a bank-clerk job, much to the chagrin of his sweetheart Kathryn Crawford, the bank-president's daughter. Making matters worse, Walker is being held responsible for thousands of dollars in missing funds. Climbing into his trusty plane, our hero chases down the actual miscreant, an embezzling vice president, simultaneously saving his reputation and his romance in the process. The film moves quickly enough for audiences to happily ignore the many plot holes. Elements of both SKYWAY and the like-vintage Ray Walker vehicle HE COULDN'T TAKE IT were later reworked into the inaugural Bowery Boys entry LIVE WIRES (1946).