Lost In The Stratosphere

When one of their pranks misfire, two practical jokers end up aloft in a leaky hot air balloon. 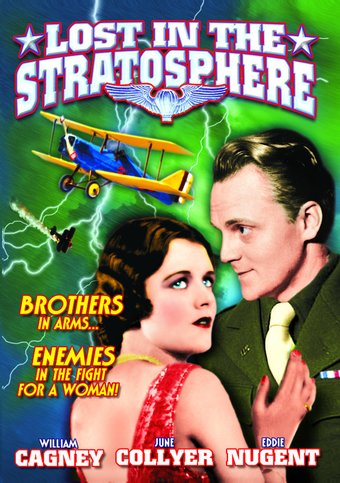 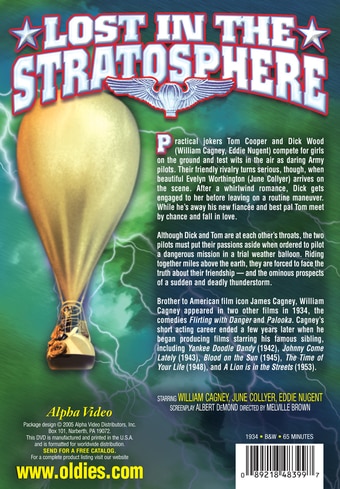 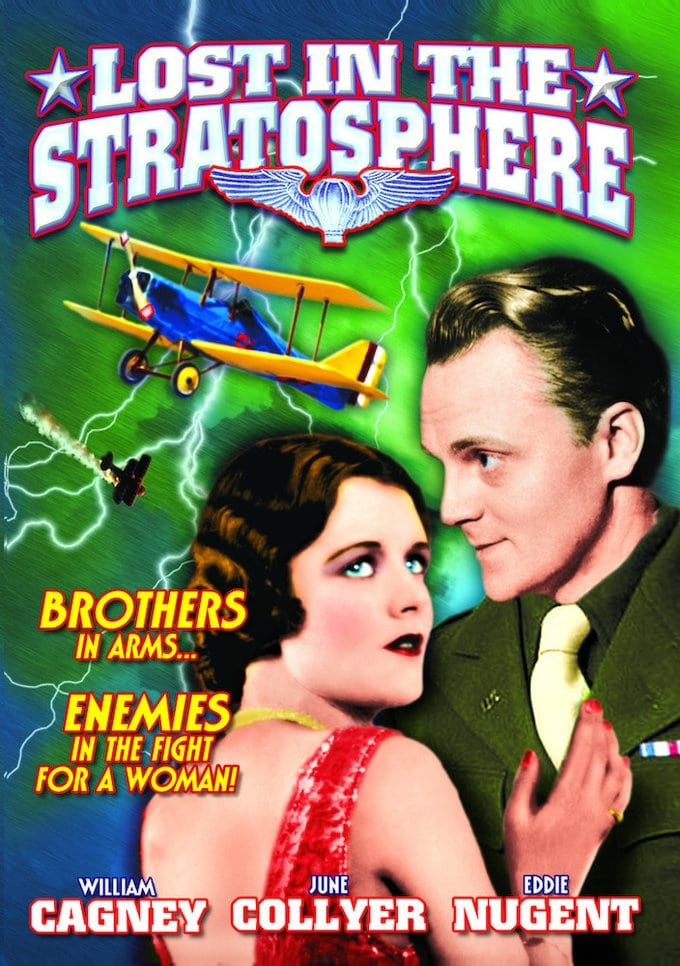 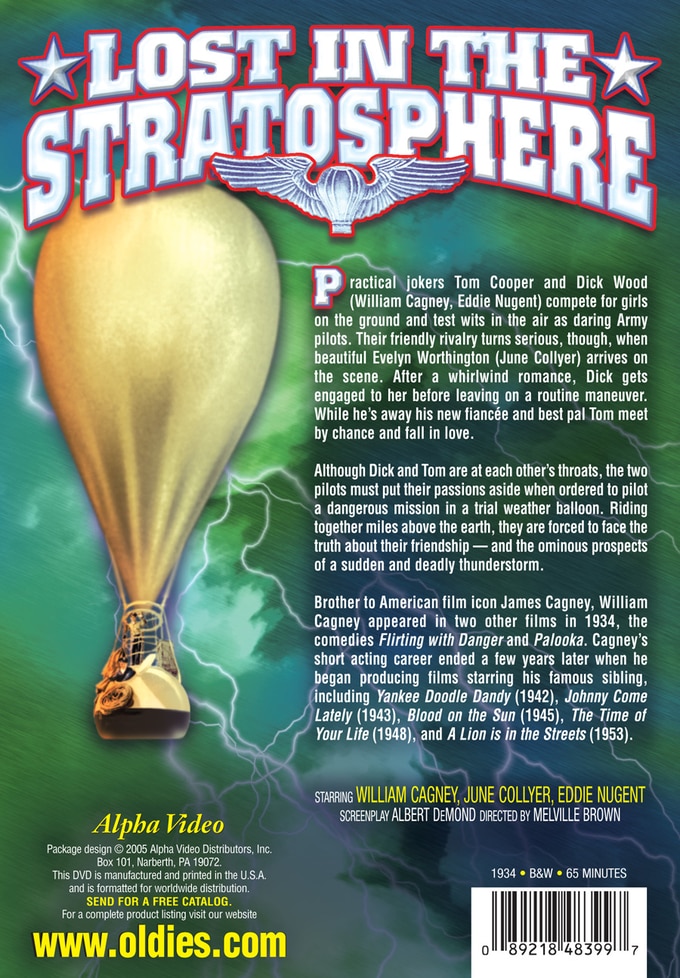 Practical jokers Tom Cooper and Dick Wood (William Cagney, Eddie Nugent) compete for girls on the ground and test wits in the air as daring Army pilots. Their friendly rivalry turns serious, though, when beautiful Evelyn Worthington (June Collyer) arrives on the scene. After a whirlwind romance, Dick gets engaged to her before leaving on a routine maneuver. While he's away his new fiance and best pal Tom meet by chance and fall in love.

Although Dick and Tom are at each other's throats, the two pilots must put their passions aside when ordered to pilot a dangerous mission in a trial weather balloon. Riding together miles above the earth, they are forced to face the truth about their friendship - and the ominous prospects of a sudden and deadly thunderstorm.

Brother to American film icon James Cagney, William Cagney appeared in two other films in 1934, the comedies Flirting with Danger and Palooka. Cagney's short acting career ended a few years later when he began producing films starring his famous sibling, including Yankee Doodle Dandy (1942), Johnny Come Lately (1943), Blood on the Sun (1945), The Time of Your Life (1948), and A Lion is in the Streets (1953).

A lovers' triangle develops between a girl and two flyboys in the air force in this vintage comedy.

Customer Rating:
Based on 120 ratings.


Forget about the title. Being lost in the stratosphere takes up perhaps the final five minutes of this film. And forget about seeing a memorable performance by Jimmy Cagney's brother. It's obvious why he later moved on to producing. The best part of the film? Seeing the newsreel footage of a balloon launch in thw 1930's.