Duke of the Navy

A sailor is mistaken for a millionaire by a group of con-men who proceed to swindle him in a phony investment scheme. 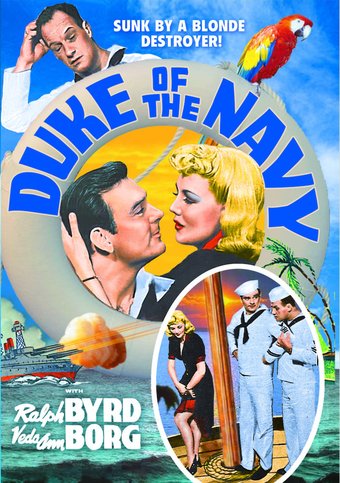 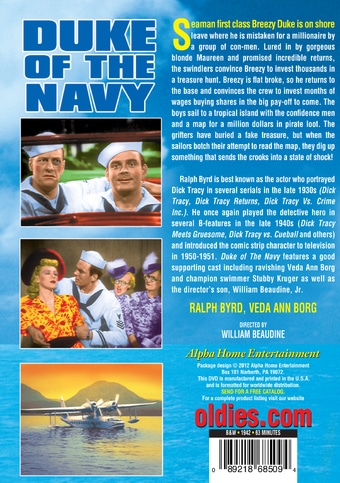 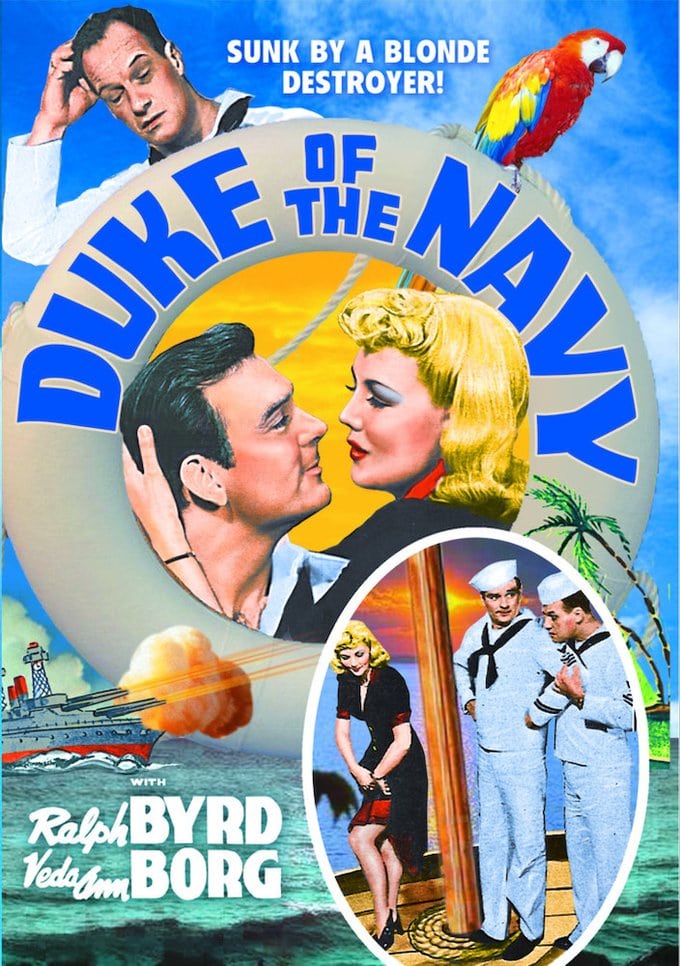 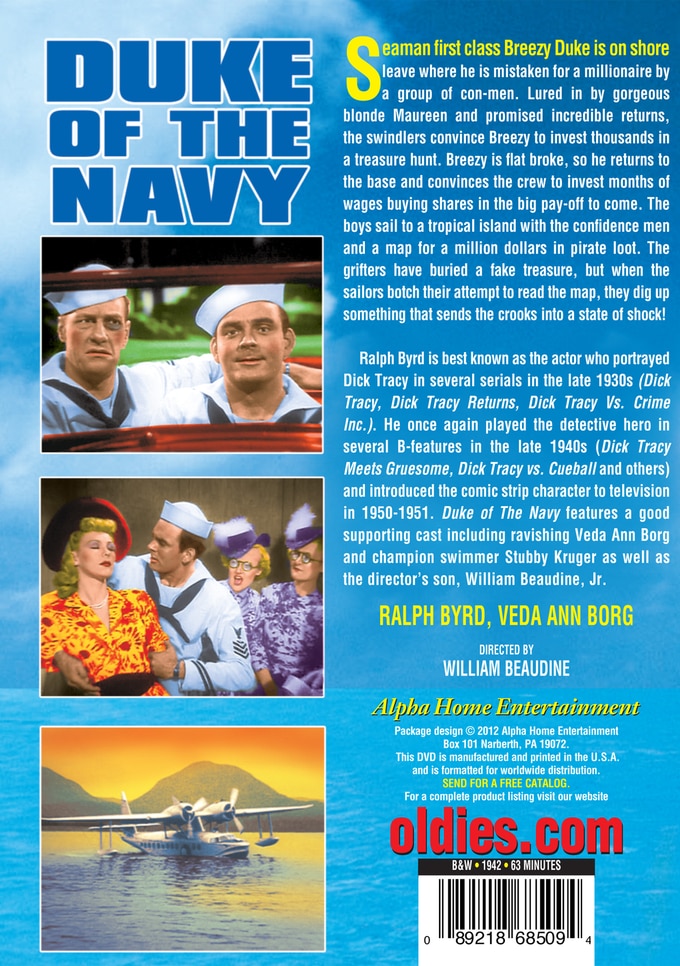 Seaman first class Breezy Duke is on shore leave where he is mistaken for a millionaire by a group of con-men. Lured in by gorgeous blonde Maureen and promised incredible returns, the swindlers convince Breezy to invest thousands in a treasure hunt. Breezy is flat broke, so he returns to the base and convinces the crew to invest months of wages buying shares in the big pay-off to come. The boys sail to a tropical island with the confidence men and a map for a million dollars in pirate loot. The grifters have buried a fake treasure, but when the sailors botch their attempt to read the map, they dig up something that sends the crooks into a state of shock!

Ralph Byrd is best known as the actor who portrayed Dick Tracy in several serials in the late 1930s (Dick Tracy, Dick Tracy Returns, Dick Tracy Vs. Crime Inc.). He once again played the detective hero in several B-features in the late 1940s (Dick Tracy Meets Gruesome, Dick Tracy vs. Cueball and others) and introduced the comic strip character to television in 1950-1951. Duke of The Navy features a good supporting cast including ravishing Veda Ann Borg and champion swimmer Stubby Kruger as well as the director's son, William Beaudine, Jr.

A sailor on shore leave with his pal becomes the guest of a wealthy candy bar heiress because they share the same last name. A con man, believing the sailor to be her son, makes a play for the family fortune by tempting the two young men into participating in a bogus treasure hunt, leading to a comedy of errors and misjudgments.

Scams And Cons | Mistaken Identity
This product is made-on-demand by the manufacturer using DVD-R recordable media. Almost all DVD players can play DVD-Rs (except for some older models made before 2000) - please consult your owner's manual for formats compatible with your player. These DVD-Rs may not play on all computers or DVD player/recorders. To address this, the manufacturer recommends viewing this product on a DVD player that does not have recording capability.

Sinbad and the Eye of the Tiger
$13.10 Super Savings
Add to Cart