The Phantom Submarine U-67

A U.S. Navy captain searches for a sunken treasure in enemy waters. 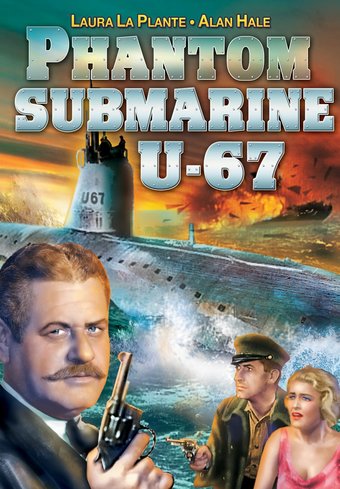 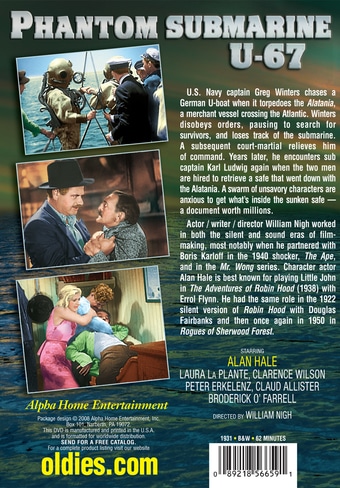 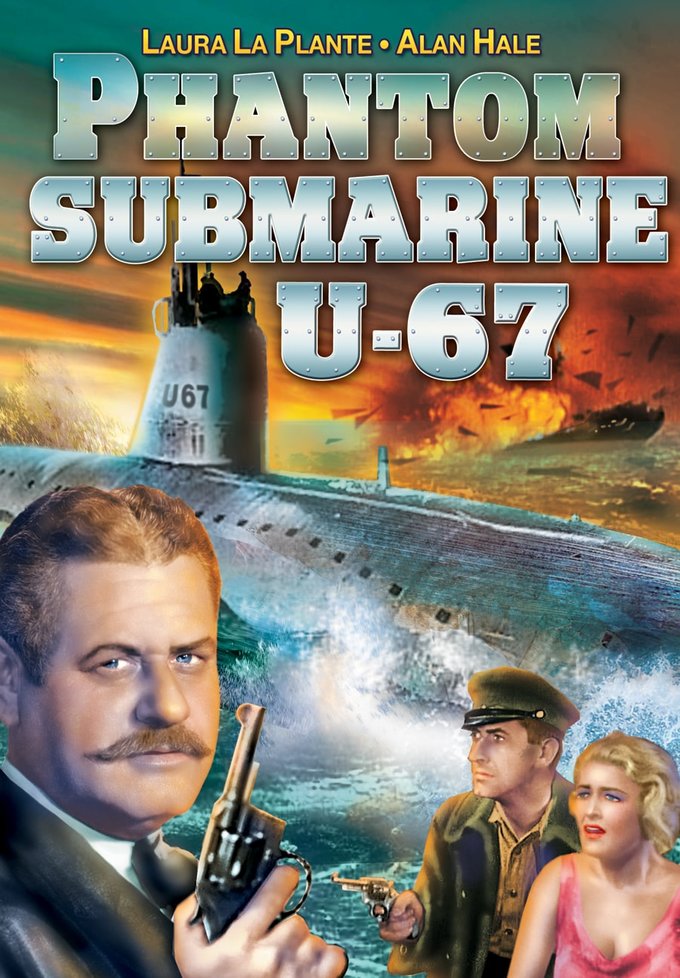 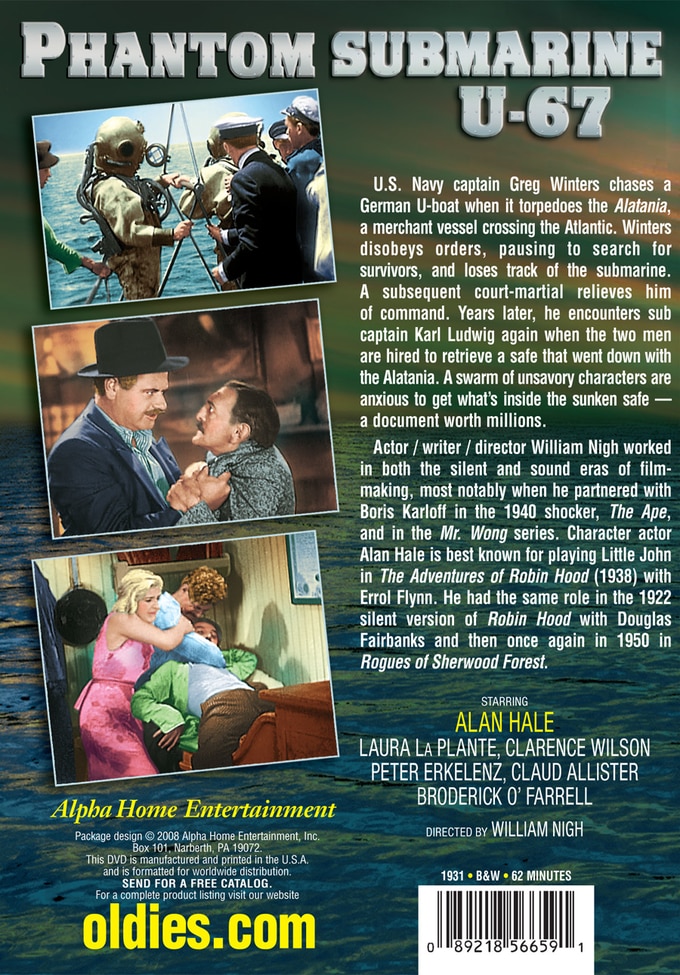 U.S. Navy captain Greg Winters chases a German U-boat when it torpedoes the Alatania, a merchant vessel crossing the Atlantic. Winters disobeys orders, pausing to search for survivors, and loses track of the submarine. A subsequent court-martial relieves him of command. Years later, he encounters sub captain Karl Ludwig again when the two men are hired to retrieve a safe that went down with the Alatania. A swarm of unsavory characters are anxious to get what's inside the sunken safe - a document worth millions.

Actor / writer / director William Nigh worked in both the silent and sound eras of film-making, most notably when he partnered with Boris Karloff in the 1940 shocker, The Ape, and in the Mr. Wong series. Character actor Alan Hale is best known for playing Little John in The Adventures of Robin Hood (1938) with Errol Flynn. He had the same role in the 1922 silent version of Robin Hood with Douglas Fairbanks and then once again in 1950 in Rogues of Sherwood Forest.


...the story line, I mean. Let's see: there's a WWI German sub that sinks a liner with the German captain's wife on it but he didn'd know that until later and an American captain (played by Alan Hale) who is court-martialed and loses his ommand becauce he picked up survivors (not including the wife) and years later the captain and the German captain dive for a strong box that was on the boat that contains 2 wills (only one of which may be signed) belonging to a hard hearted female saloon owner (played by Laure LaPlante) and the 2 men are either on the same side or not and there's a good, silly lawyer and a bad lawyer (or something) and the good guys win and people get thrown overboard and everyone, I think, lives heappiy ever after - maybe. It's an old movie, made before Alan Hale learned to act for one thing and I told you the story. What else is there to say?