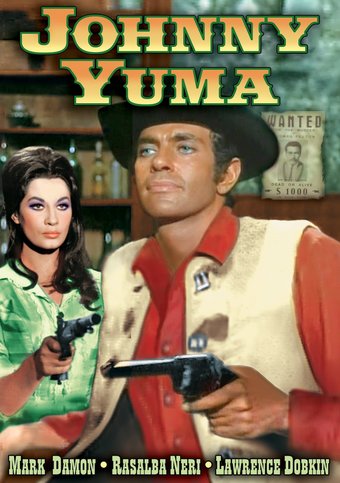 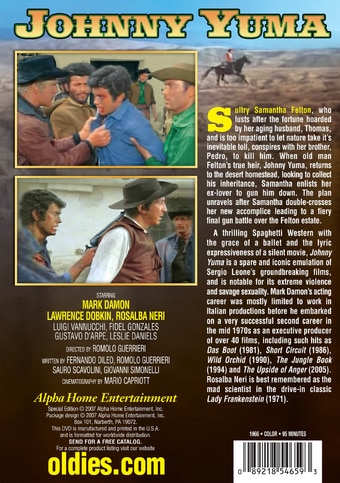 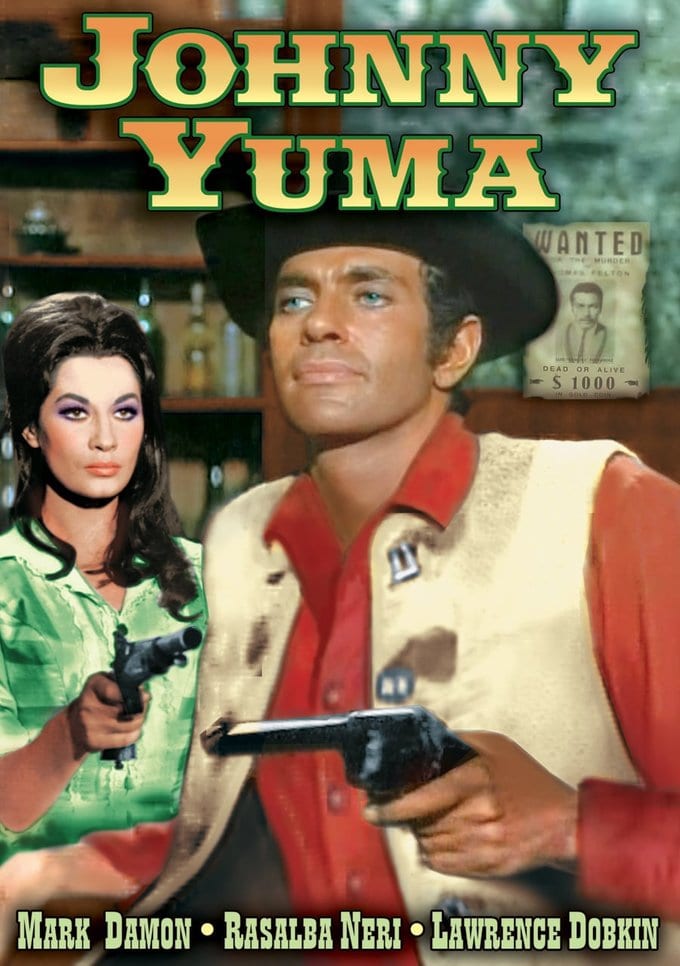 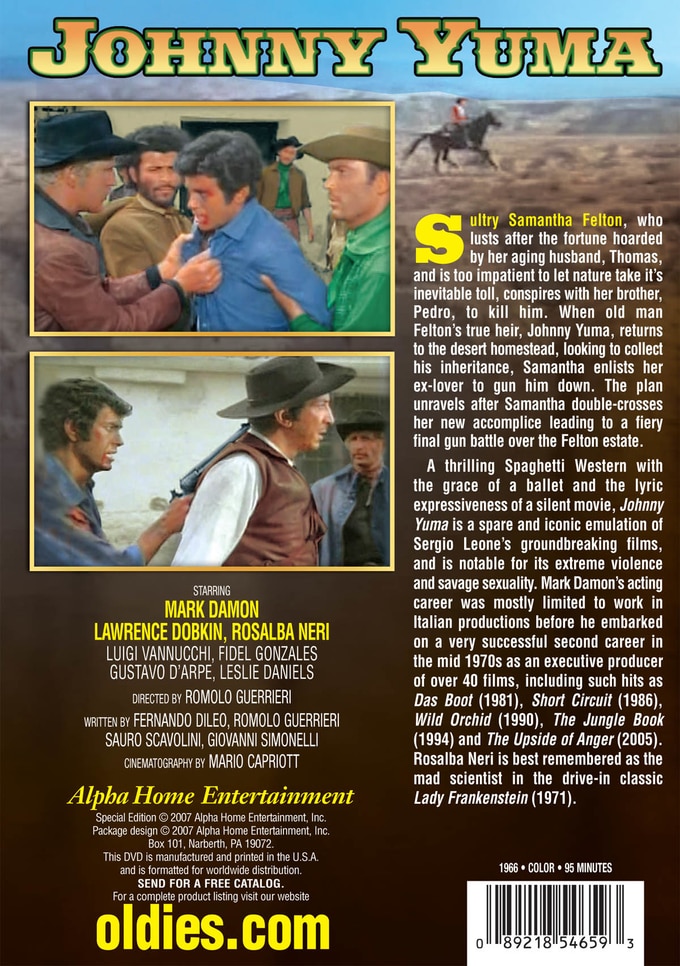 Sultry Samantha Felton, who lusts after the fortune hoarded by her aging husband, Thomas, and is too impatient to let nature take it's inevitable toll, conspires with her brother, Pedro, to kill him. When old man Felton's true heir, Johnny Yuma, returns to the desert homestead, looking to collect his inheritance, Samantha enlists her ex-lover to gun him down. The plan unravels after Samantha double-crosses her new accomplice leading to a fiery final gun battle over the Felton estate.

A thrilling Spaghetti Western with the grace of a ballet and the lyric expressiveness of a silent movie, Johnny Yuma is a spare and iconic emulation of Sergio Leone's groundbreaking films, and is notable for its extreme violence and savage sexuality. Mark Damon's acting career was mostly limited to work in Italian productions before he embarked on a very successful second career in the mid 1970s as an executive producer of over 40 films, including such hits as Das Boot (1981), Short Circuit (1986), Wild Orchid (1990), The Jungle Book (1994) and The Upside of Anger (2005). Rosalba Neri is best remembered as the mad scientist in the drive-in classic Lady Frankenstein (1971).

Action | Spaghetti Western | Cowboys
This product is made-on-demand by the manufacturer using DVD-R recordable media. Almost all DVD players can play DVD-Rs (except for some older models made before 2000) - please consult your owner's manual for formats compatible with your player. These DVD-Rs may not play on all computers or DVD player/recorders. To address this, the manufacturer recommends viewing this product on a DVD player that does not have recording capability.

I Spit on Your Grave: Vengeance Is Mine
$12.80 Super Savings
Add to Cart