A tough mercenary is offered a fortune in gold to capture the leader of a gang of cutthroats. / A man joins a convey to help a wealthy man's wife and a mysterious treasure to safety. 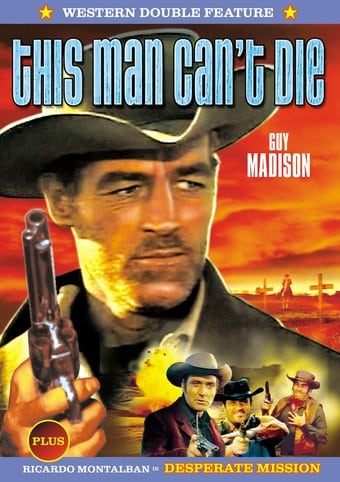 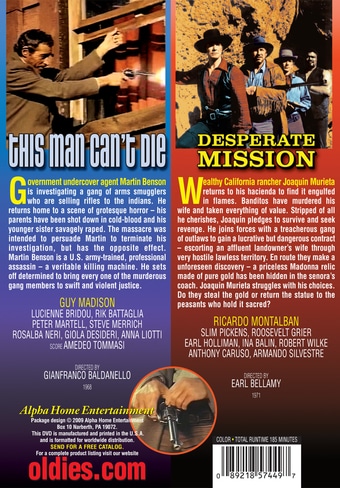 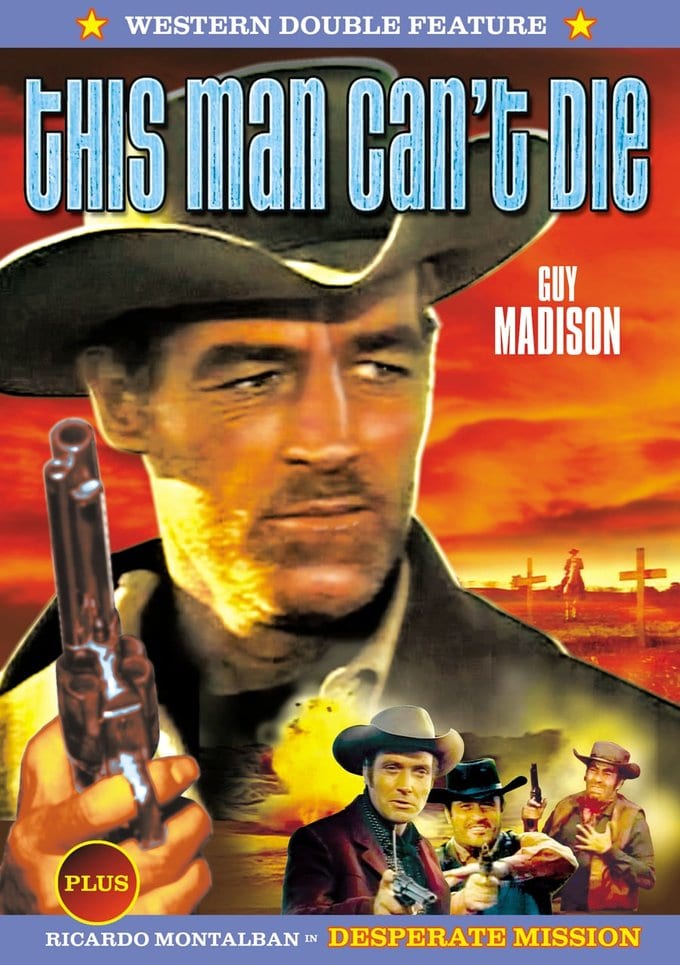 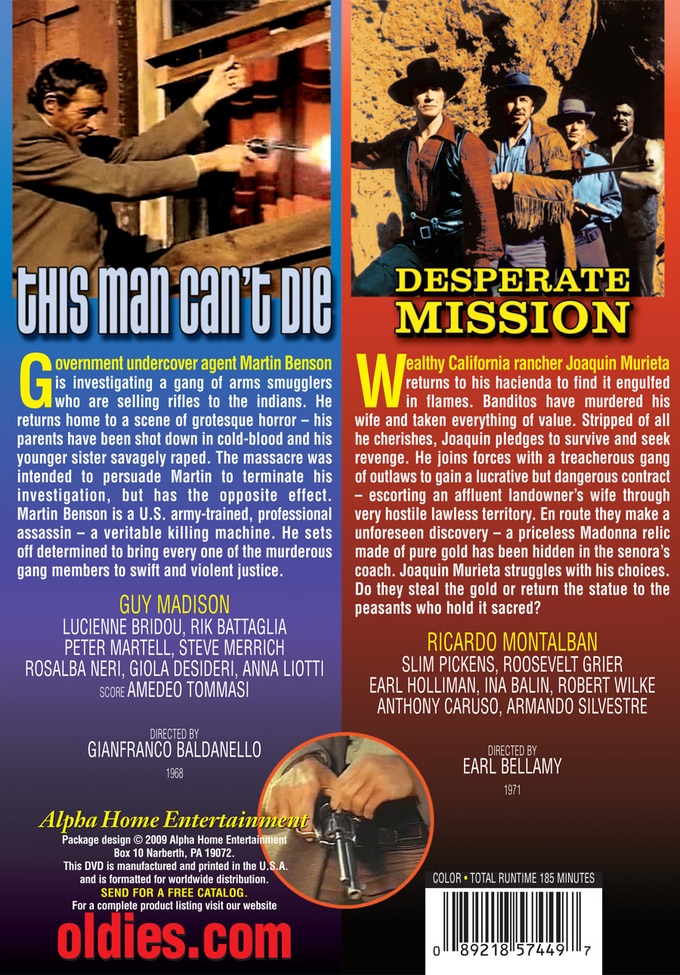 This Man Can't Die (1968, Color): Government undercover agent Martin Benson is investigating a gang of arms smugglers who are selling rifles to the Indians. He returns home to a scene of grotesque horror - his parents have been shot down in cold-blood and his younger sister savagely raped. The massacre was intended to persuade Martin to terminate his investigation, but has the opposite effect. Martin Benson is a U.S. army-trained, professional assassin - a veritable killing machine. He sets off determined to bring every one of the murderous gang members to swift and violent justice.

Desperate Mission (1971, Color): Wealthy California rancher Joaquin Murieta returns to his hacienda to find it engulfed in flames. Banditos have murdered his wife and taken everything of value. Stripped of all he cherishes, Joaquin pledges to survive and seek revenge. He joins forces with a treacherous gang of outlaws to gain a lucrative but dangerous contract - escorting an affluent landowner's wife through very hostile lawless territory. En route they make a unforeseen discovery - a priceless Madonna relic made of pure gold has been hidden in the senora's coach. Joaquin Murieta struggles with his choices. Do they steal the gold or return the statue to the peasants who hold it sacred?