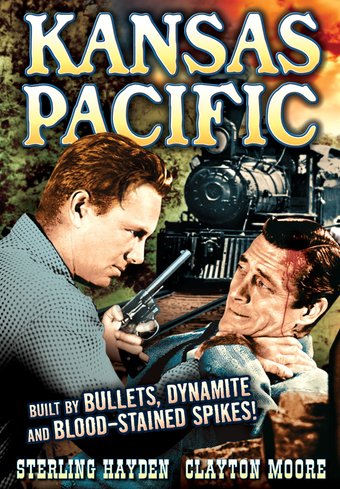 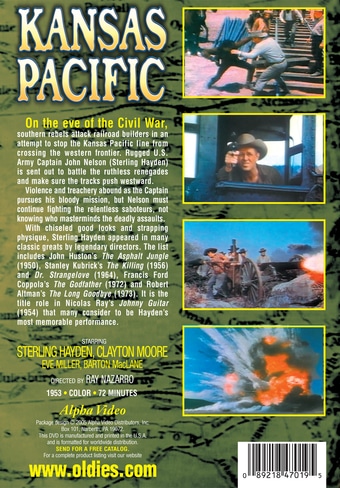 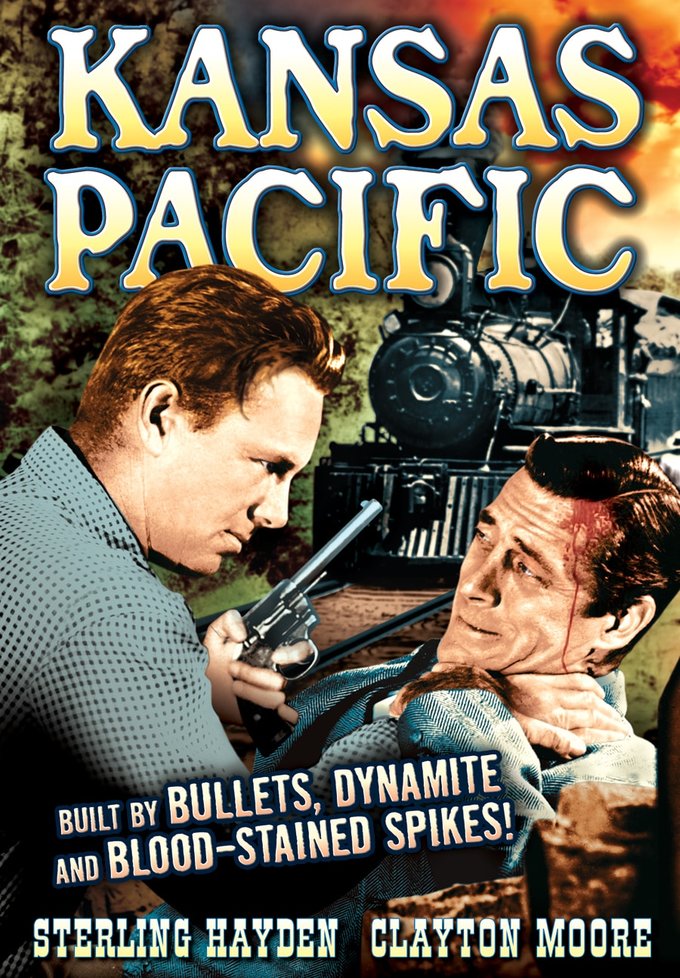 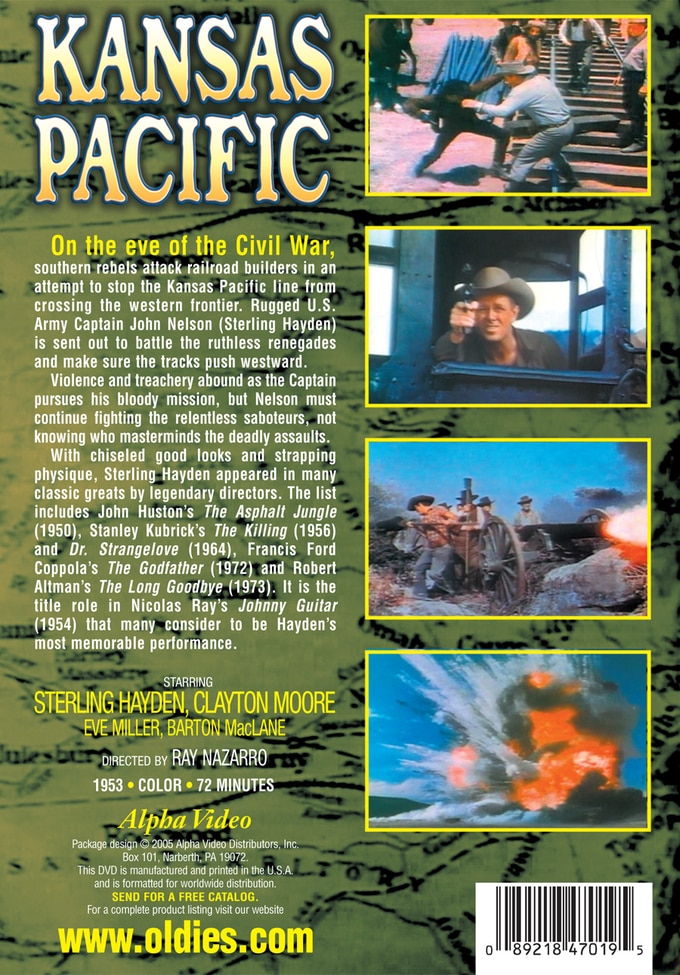 On the eve of the Civil War, southern rebels attack railroad builders in an attempt to stop the Kansas Pacific line from crossing the western frontier. Rugged U.S. Army Captain John Nelson (Sterling Hayden) is sent out to battle the ruthless renegades and make sure the tracks push westward.

Violence and treachery abound as the Captain pursues his bloody mission, but Nelson must continue fighting the relentless saboteurs, not knowing who masterminds the deadly assaults.

With chiseled good looks and strapping physique, Sterling Hayden appeared in many classic greats by legendary directors. The list includes John Huston's The Asphalt Jungle (1950), Stanley Kubrick's The Killing (1956) and Dr. Strangelove (1964), Francis Ford Coppola's The Godfather (1972) and Robert Altman's The Long Goodbye (1973). It is the title role in Nicolas Ray's Johnny Guitar (1954) that many consider to be Hayden's most memorable performance.

The story of the brave men who strived to build the Kansas Pacific Railroad. The fight against nature, Indians, and Confederate Soldiers of the civil war made this a more daunting task than expected.

Though the Civil War has yet to start, the conflicts have already risen to the surface.
In the 1860s, railway employees do anything to postpone work on the Kansas Pacific line because they side with the Confederates in the budding War Between The States.
Meanwhile, those partisan to the North step up progress. Then the U.S. Army assigns an engineer, John Nelson, to the tracks to see the project to completion.
Nelson does not realize, though, that he has just stepped into a microcosm of the brewing battle that will ultimately pit brother against brother.

Action | Adventure | Civil War | Theatrical Release | Railroads
This product is made-on-demand by the manufacturer using DVD-R recordable media. Almost all DVD players can play DVD-Rs (except for some older models made before 2000) - please consult your owner's manual for formats compatible with your player. These DVD-Rs may not play on all computers or DVD player/recorders. To address this, the manufacturer recommends viewing this product on a DVD player that does not have recording capability.