A boy retrieves a hidden treasure map sought after by bandits in this action packed adult western. / Victims of an oppressive town boss are offered help by a mercenary gunslinger. 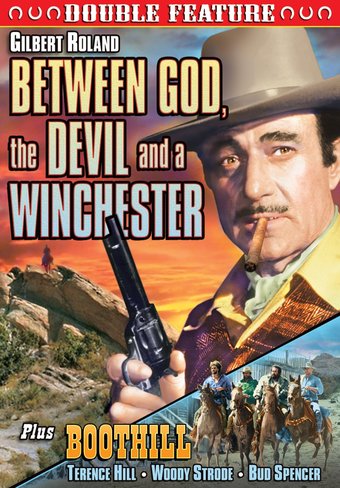 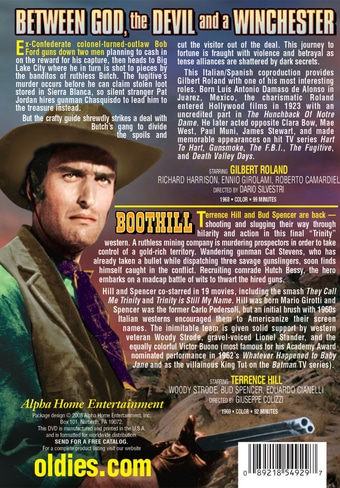 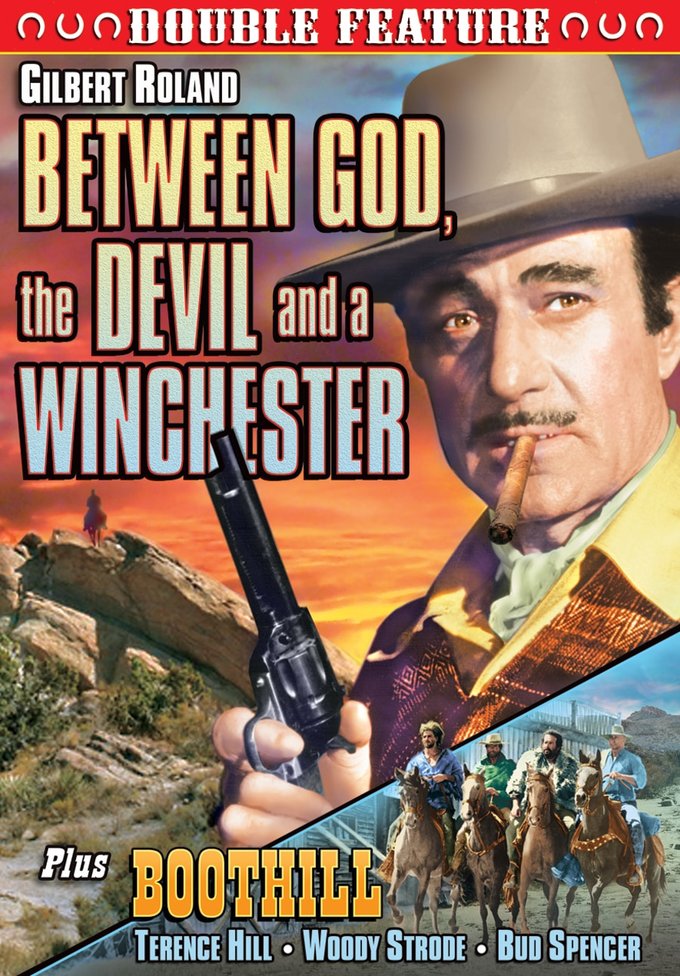 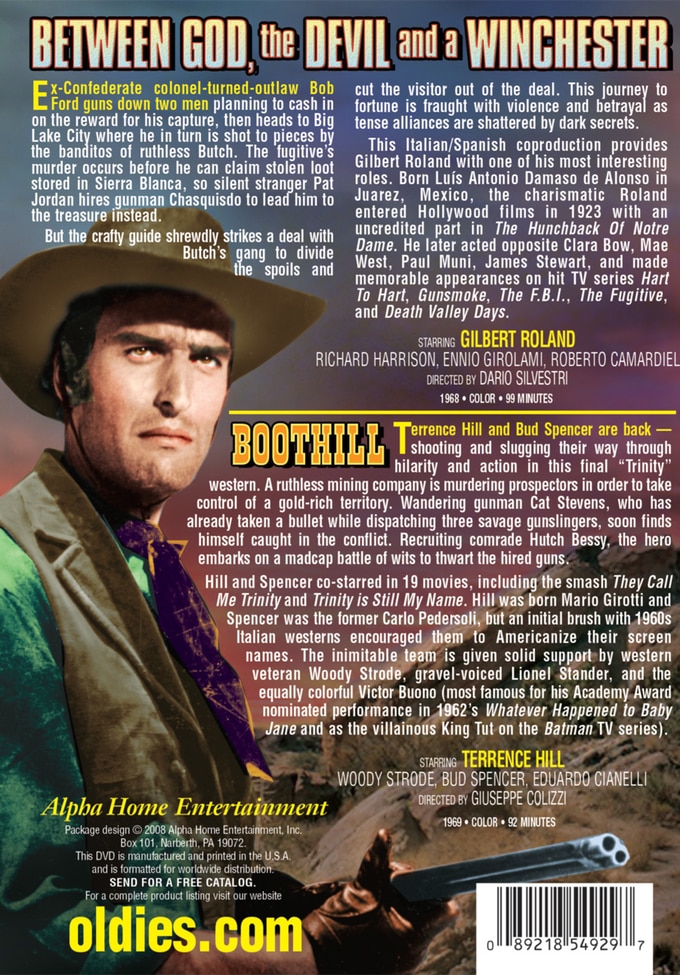 Between God, The Devil and a Winchester (1968, Color, 99 minutes): Ex-Confederate colonel-turned-outlaw Bob Ford guns down two men planning to cash in on the reward for his capture, then heads to Big Lake City where he in turn is shot to pieces by the banditos of ruthless Butch. The fugitive's murder occurs before he can claim stolen loot stored in Sierra Blanca, so silent stranger Pat Jordan hires gunman Chasquisdo to lead him to the treasure instead. But the crafty guide shrewdly strikes a deal with Butch's gang to divide the spoils and cut the visitor out of the deal. This journey to fortune is fraught with violence and betrayal as tense alliances are shattered by dark secrets.

This Italian/Spanish coproduction provides Gilbert Roland with one of his most interesting roles. Born Luis Antonio Damaso de Alonso in Juarez, Mexico, the charismatic Roland entered Hollywood films in 1923 with an uncredited part in The Hunchback Of Notre Dame. He later acted opposite Clara Bow, Mae West, Paul Muni, James Stewart, and made memorable appearances on hit TV series "Hart To Hart," "Gunsmoke," "The F.B.I.," "The Fugitive," and "Death Valley Days."

Boothill (1969, Color, 92 minutes): Terrence Hill and Bud Spencer are back - shooting and slugging their way through hilarity and action in this final "Trinity" western. A ruthless mining company is murdering prospectors in order to take control of a gold-rich territory. Wandering gunman Cat Stevens, who has already taken a bullet while dispatching three savage gunslingers, soon finds himself caught in the conflict. Recruiting comrade Hutch Bessy, the hero embarks on a madcap battle of wits to thwart the hired guns.

Hill and Spencer co-starred in 19 movies, including the smash They Call Me Trinity and Trinity is Still My Name. Hill was born Mario Girotti and Spencer was the former Carlo Pedersoli, but an initial brush with 1960s Italian westerns encouraged them to Americanize their screen names. The inimitable team is given solid support by western veteran Woody Strode, gravel-voiced Lionel Stander, and the equally colorful Victor Buono (most famous for his Academy Award nominated performance in 1962's Whatever Happened to Baby Jane and as the villainous King Tut on the "Batman" TV series).

BETWEEN GOD, THE DEVIL AND A WINCHESTER: A western tale of murderous revenge in which few of the rough cowboys survive. Most are left for the rapacious vultures.

Action | Adventure | Outlaws
This product is made-on-demand by the manufacturer using DVD-R recordable media. Almost all DVD players can play DVD-Rs (except for some older models made before 2000) - please consult your owner's manual for formats compatible with your player. These DVD-Rs may not play on all computers or DVD player/recorders. To address this, the manufacturer recommends viewing this product on a DVD player that does not have recording capability.