Twin sons of a white man and a tribal woman must struggle with their conflicting identities. 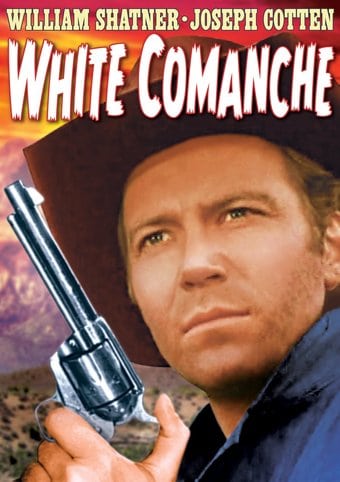 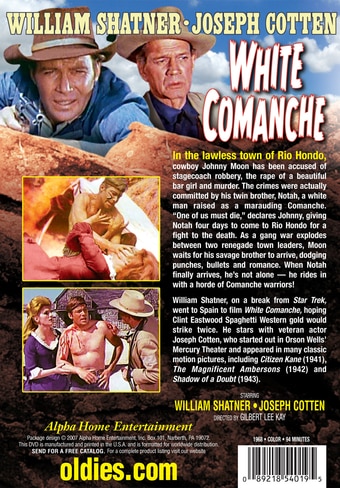 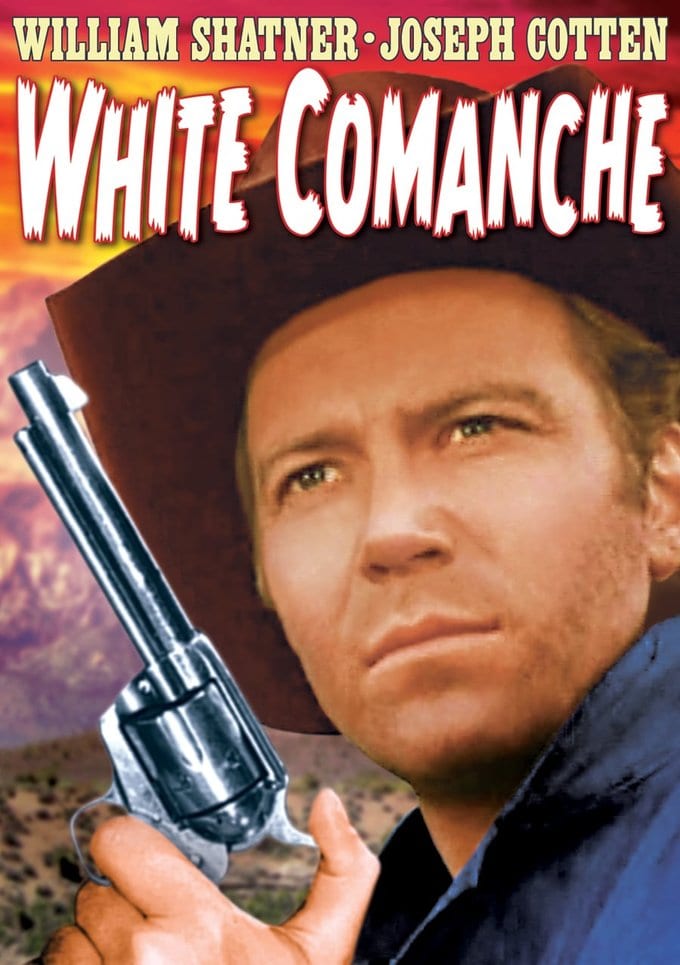 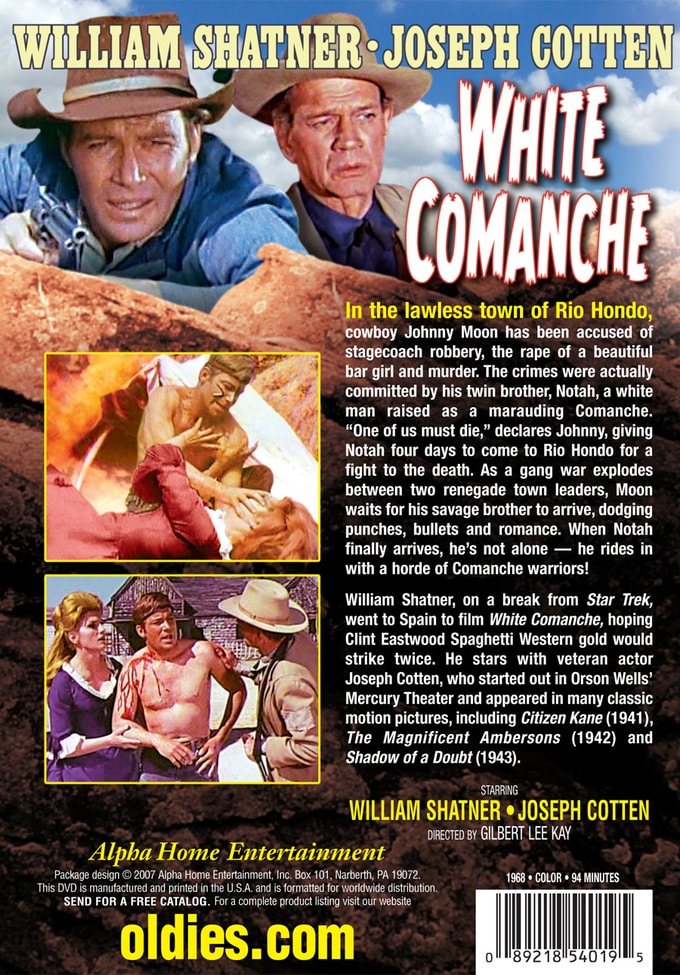 In the lawless town of Rio Hondo, cowboy Johnny Moon has been accused of stagecoach robbery, the rape of a beautiful bar girl and murder. The crimes were actually committed by his twin brother, Notah, a white man raised as a marauding Comanche. "One of us must die," declares Johnny, giving Notah four days to come to Rio Hondo for a fight to the death. As a gang war explodes between two renegade town leaders, Moon waits for his savage brother to arrive, dodging punches, bullets and romance. When Notah finally arrives, he's not alone - he rides in with a horde of Comanche warriors!

William Shatner, on a break from "Star Trek," went to Spain to film White Comanche, hoping Clint Eastwood Spaghetti Western gold would strike twice. He stars with veteran actor Joseph Cotten, who started out in Orson Wells' Mercury Theater and appeared in many classic motion pictures, including Citizen Kane (1941), The Magnificent Ambersons (1942) and Shadow of a Doubt (1943).

The story of a pair of twins born to a white woman and a Comanche warrior. The boys grow up together as brothers but still are not accepted by their mix of white and Comanche peers. Tensions develop as the brothers grow into men. One brother leads an all out revolt against whites with the Comanche people while the other is forced to find his brother and battle it out to the death.

Classic | Indians | Race Relations
This product is made-on-demand by the manufacturer using DVD-R recordable media. Almost all DVD players can play DVD-Rs (except for some older models made before 2000) - please consult your owner's manual for formats compatible with your player. These DVD-Rs may not play on all computers or DVD player/recorders. To address this, the manufacturer recommends viewing this product on a DVD player that does not have recording capability.