A cowboy becomes obsessed with tracking down the killer of his brother. / Confederate soldiers on the run struggle to survive in the Everglades. 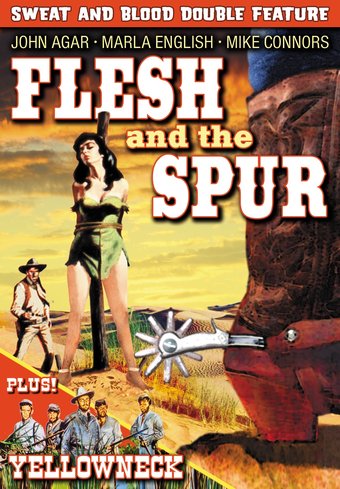 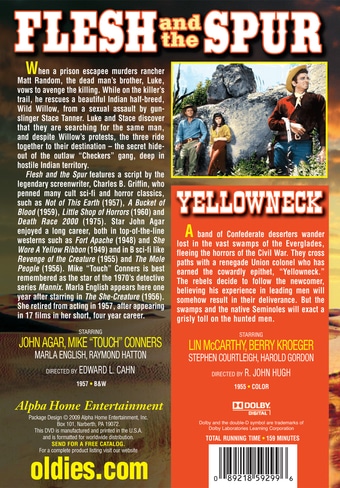 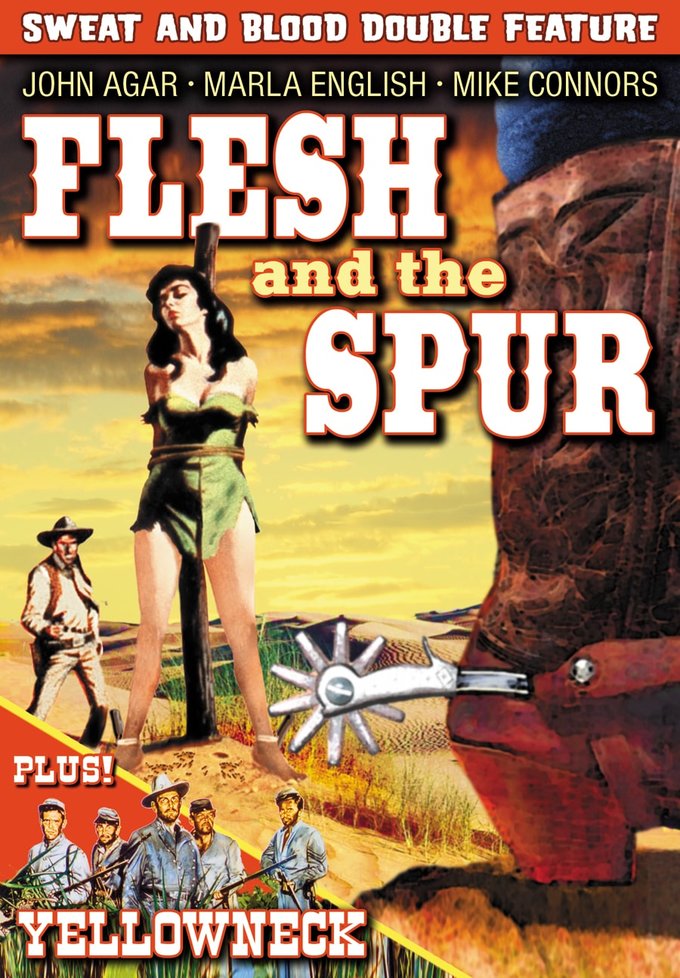 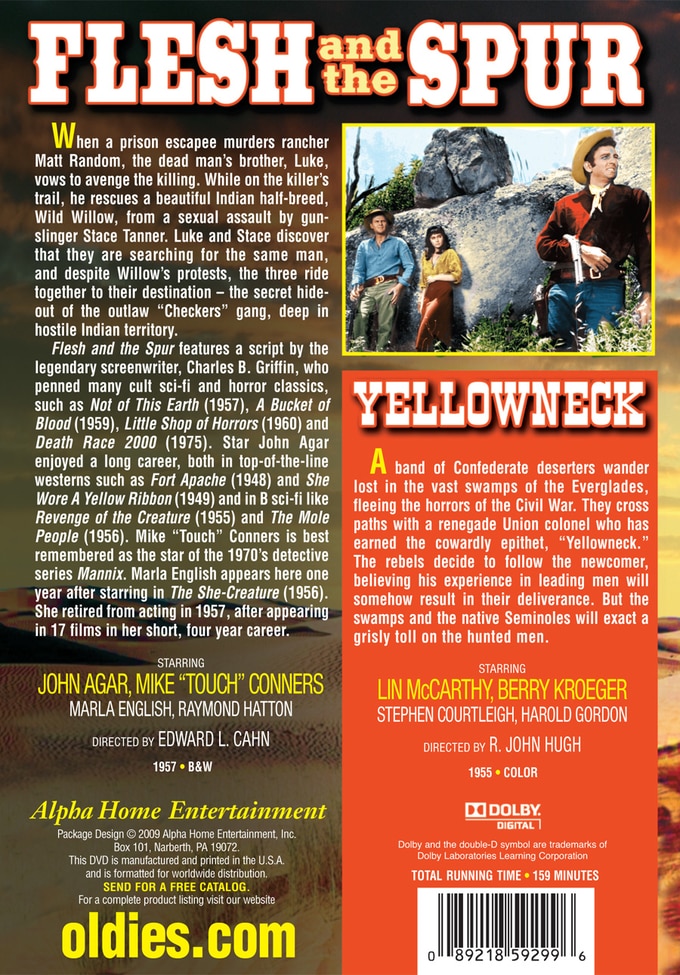 Flesh and the Spur (1957, B&W): When a prison escapee murders rancher Matt Random, the dead man's brother, Luke, vows to avenge the killing. While on the killer's trail, he rescues a beautiful Indian half-breed, Wild Willow, from a sexual assault by gunslinger Stace Tanner. Luke and Stace discover that they are searching for the same man, and despite Willow's protests, the three ride together to their destination - the secret hideout of the outlaw "Checkers" gang, deep in hostile Indian territory.

Flesh and the Spur features a script by the legendary screenwriter, Charles B. Griffin, who penned many cult sci-fi and horror classics, such as Not of This Earth (1957), A Bucket of Blood (1959), Little Shop of Horrors (1960) and Death Race 2000 (1975). Star John Agar enjoyed a long career, both in top-of-the-line westerns such as Fort Apache (1948) and She Wore A Yellow Ribbon (1949) and in B sci-fi like Revenge of the Creature (1955) and The Mole People (1956). Mike "Touch" Conners is best remembered as the star of the 1970's detective series "Mannix." Marla English appears here one year after starring in The She-Creature (1956). She retired from acting in 1957, after appearing in 17 films in her short, four year career.

Yellowneck (1955, Color): A band of Confederate deserters wander lost in the vast swamps of the Everglades, fleeing the horrors of the Civil War. They cross paths with a renegade Union colonel who has earned the cowardly epithet, "Yellowneck." The rebels decide to follow the newcomer, believing his experience in leading men will somehow result in their deliverance. But the swamps and the native Seminoles will exact a grisly toll on the hunted men.


John Agar gives a surprisingly good performance in the "Flesh And the Spur" but the real attraction here is Marla English who looks fetching running around the screen in just a man's shirt and then gets tied to a stake "nerked" (well, you have to use your imagination a bit) so fire ants can have here for lunch. This was pure drive-in movie fare, but there are worse ways to spend 90 minutes.
Alpha has sepia-toned this flick, and its a nice touch.
"Yellowneck" has its moments also, but is ultimately pretty depressing. Its location color footage was probably pretty spectacular when released, but has faded over the years.